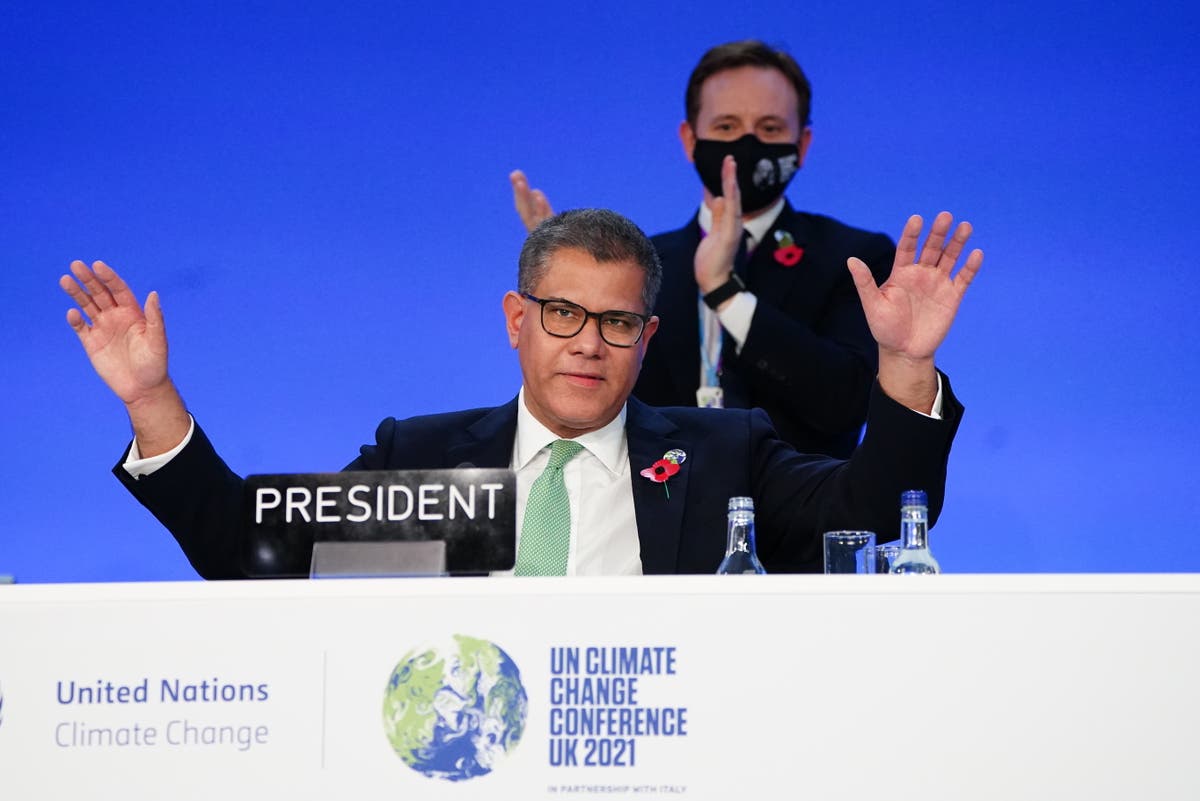 lok Sharma was reduced to tears after a last-minute intervention from India and China weakened the effort to end the use of coal power.

Envoys from the United States and European Union were meeting with their Chinese and Indian counterparts on Saturday at Cop26 to discuss phasing out coal.

The two had announced earlier in the week a surprise joint declaration in which Beijing agreed to “phase out” coal this decade.

But a critical line in the draft agreement has now been weakened from “phase out” to “phase down”, a change lobbied for by both India and China.

Burning coal is the single biggest contributor to climate change, accounting for 46% of carbon dioxide emissions worldwide and 72% of total greenhouse gas emissions from the electricity sector.

Cop26 President Alok Sharma apologised to delegates for the last-minute change, saying he was “deeply sorry” for how the event had panned out.

Fighting back tears, he said: “May I just say to all delegates I apologise for the way this process has unfolded. I also understand the deep disappointment but I think, as you have noted, it’s also vital that we protect this package.”

Switzerland issued a swift condemnation, expressing its “profound disappointment as a result of intransparent process.”

“We do not need to phase down coal but to phase out coal,” a Swiss representative said.

“This will not bring us closer to 1.5C, but make it more difficult to reach it.”

UN secretary-general António Guterres lamented that the “collective political will was not enough to overcome some deep contradictions.”

He said the deal was “an important step but not enough”, adding it’s “time to go into emergency mode” as we are in the “fight of our lives.”

Bhupender Yadav, the environment and climate minister for India, made an impassioned speech in which he strongly opposed the coal phase-out.

He told delegates: “Developing countries have a right to their fair share of the global carbon budget and are entitled to the responsible use of fossil fuels within this scope. In such a situation, how can anyone expect that developing countries can make promises about phasing out coal and fossil fuel subsidies?”

It is the first time in almost 30 years that all countries have agreed to limit to the use of coal at a UN climate summit.

The agreement also calls on rich countries to “at least double” by 2025 the sums they give to developing countries to help them combat climate change.

The Mayor of London and C40 chair Sadiq Khan said: “The climate crisis is the biggest challenge facing our world and it is clear that we cannot afford further delay.

“While I welcome any progress, this agreement simply doesn’t meet the scale of the challenge. Countries on the frontline of the climate crisis deserve to have the urgent issue of loss and damage addressed and there is much still to be done to keep the hope of 1.5C alive. We need coal to be phased out – not phased down. So, as leaders return home from Cop26, it is vital those nations who have it in their power to help reverse our planet’s decline join those of us committed to doing so to give our world its best chance of survival.”

Jennifer Morgan, executive director of Greenpeace International, said: “It’s meek, it’s weak and the 1.5C goal is only just alive, but a signal has been sent that the era of coal is ending. And that matters.”

But several people welcomed the deal despite its weakened form.

Piers Forster, a climate scientist at Leeds University, said “it’s not perfect but a good progression”.

Chris Stark, chief executive of the Climate Change Committee, an independent adviser to the government, said: “The writing is on the wall for fossil fuels now. We are in a new period of action and if that is the legacy of Glasgow, I will be delighted.”