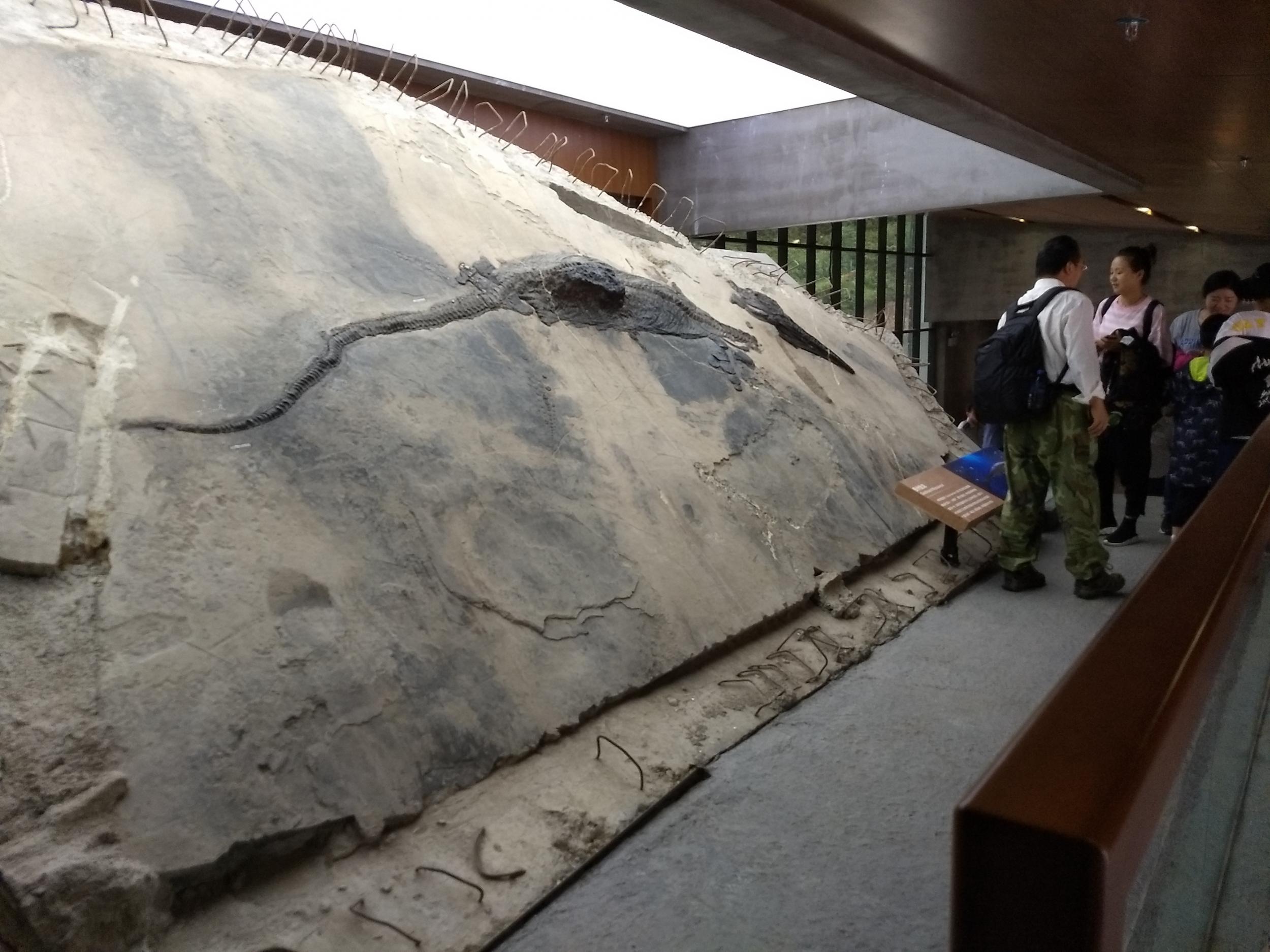 A giant reptile has been found well-preserved in the stomach of a slightly larger marine carnivore that lived around 240 million years ago.

The specimen was first discovered in the Guizhou province, southwestern China in 2010 but it took scientists a decade to excavate the ichthyosaur fossil and notice the “large bulge” in its abdomen.

Scientists believe the fossil could be the first evidence of megapredation – a large animal preying on another large animal.

It is though the five-metre long ichthyosaur bit of more than it could chew and died almost immediately after consuming its prey.

The carnivore likely fatally injured itself while trying to consume the enormous meal.

Dr Ryosuke Motani, professor of Earth and planetary sciences at the University of California, and one of the authors on the paper published in the journal iScience, said: “We always guessed from tooth shape and jaw design that these predators must have fed on large prey but now we have direct evidence that they did.”

Ichthyosaurs, which are also reptiles, are dolphin-like creatures which dominated the seas around 250 to 90 million years ago.

While the shape of their blunt teeth suggests these animals may have been at the top of their food chain, there is little direct evidence of the kind of prey they consumed.

The prey in question is a thalattosaur, a lizard-shaped reptile almost as long as the ichthyosaur but much skinnier.

The thalattosaur remains show little evidence of being broken down by digestive juices, which according to the scientists, suggests the ichthyosaur died shortly after consuming its final meal.

Its limbs were found to be partially attached to its body inside the ichthyosaur’s stomach, while the creature’s tail was found nearby, leading the researchers to believe the appendage was ripped off and left behind.

The team also found the ichthyosaur’s body and head were detached from one another, indicating it may have died of a broken neck.


Dr Motani said: “We now have a really solid articulated fossil in the stomach of a marine reptile for the first time.

“Before, we guessed that they must have eaten these big things, but now, we can say for sure that they did eat large animals.

“This also suggests that megapredation was probably more common than we previously thought.” 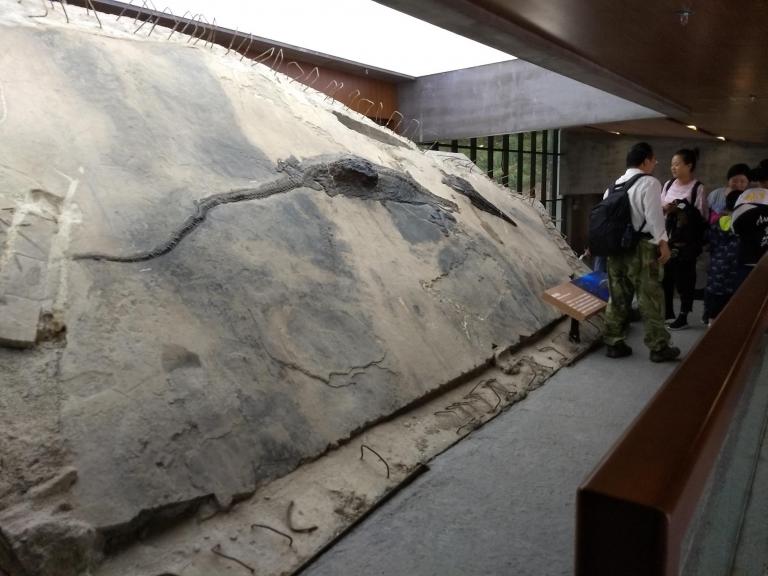