he people of Liverpool have been urged to turn in the masked gunman who killed a nine-year-old girl as he chased his intended target into her home.

Merseyside Police Chief Constable Serena Kennedy said the “shocking” killing of Olivia Pratt-Korbel “crosses every single boundary” as the force  appealed to the “criminal fraternity” in Liverpool for information.

Olivia died on Monday night when a 35-year-old man, unknown to the family, ran into her terraced house in Kingsheath Avenue, in the Dovecot area of Liverpool, in an attempt to get away from a shooter, police said.

Her mother Cheryl Korbel, 46, was shot in the wrist as she tried to close the door on the gunman while Olivia stood behind her.

Ms Kennedy told a  press conference on Tuesday: “This is a shocking and appalling attack which will reverberate around our communities, and I want to take this opportunity again to appeal to anybody who knows who was responsible for this attack to please come forward and give us those names.

“We need to find all who are responsible for  – not just the gunman, we need to find who supplied the weapon and who arranged this terrible incident.”

The Liverpool Echo said the killing had “shocked the city” and made a passionate front page appeal for help, by telling its readers to “imagine the agony of Olivia’s family as they are told she did not make it –  murdered in her own home”.

The newspaper stated: “Imagine knowing something about this unspeakable crime but keeping quiet because you would rather surrender our city to the thugs than to get justice for Olivia.

“If this is you, ask yourself … whose side are you on?”

The man who had entered the family home suffered gunshot wounds to his upper body and, as Olivia lay dying, was picked up and taken to hospital by friends driving a dark-coloured Audi.

Ms Kennedy said: “We will not rest until those who are responsible are put behind bars. I can guarantee that no stone will be left unturned.”

Olivia went to St Margaret Mary’s Catholic Junior School in Huyton, where she was thought of as a kind-hearted, helpful and happy little girl, according to  her headteacher Rebecca Wilkinson.

She  said: “Olivia was a much-loved member of our school. She had a beautiful smile, a lovely sense of humour and a bubbly personality.

“She was kind-hearted and would go out of her way to help others.”

Prime Minister Boris Johnson described the shooting as an “unimaginable tragedy” and promised that Merseyside Police would get “whatever they need to catch those responsible”.

Detective Chief Superintendent Mark Kameen said Olivia had been at home with her two older siblings and mother when Ms Korbel opened the door after hearing gunshots fired outside.

He said a figure, wearing a black padded jacket, a black balaclava with a peak, dark trousers and black gloves, fired shots at two men walking along Kingsheath Avenue, causing both of them to run away.

One of the men ran towards the open door of Olivia’s home and forced his way in.

Mr Kameen said: “As that was taking place the person with the gun has followed the male to this property.

“That person has also tried to force entry to the property and has managed, it would appear, to put their hand through the open door as Cheryl continued to try and close it.

“A shot has been fired which we believe has hit Cheryl, injuring her and then fatally wounding Olivia. Olivia at that time, we believe, was stood directly behind Cheryl.”

Olivia was taken to Alder Hey Children’s Hospital by officers but later died.

The Audi used to transport the injured man has since been seized.

Mr Kameen said: “My appeal is to the person responsible for this horrendous attack on a nine-year-old schoolgirl to recognise the pain and anguish that this has caused to her family.

“I want that individual to hand themselves in.” 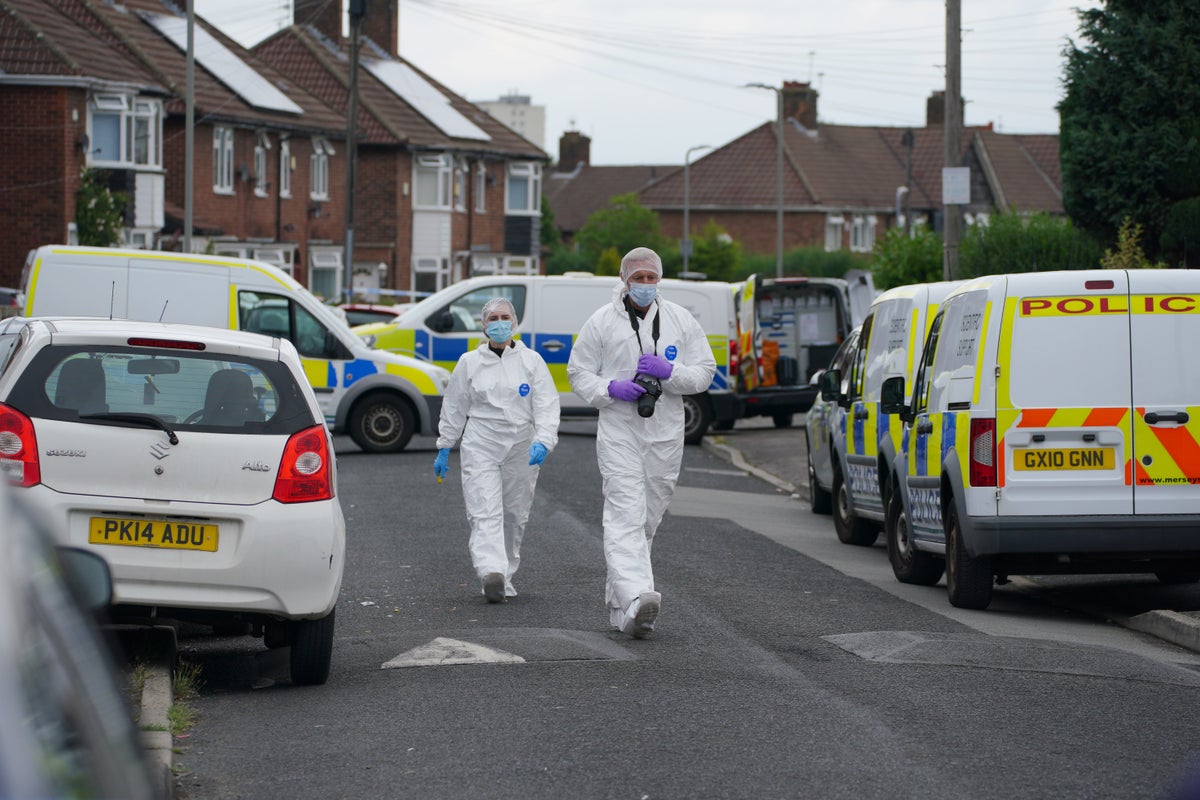