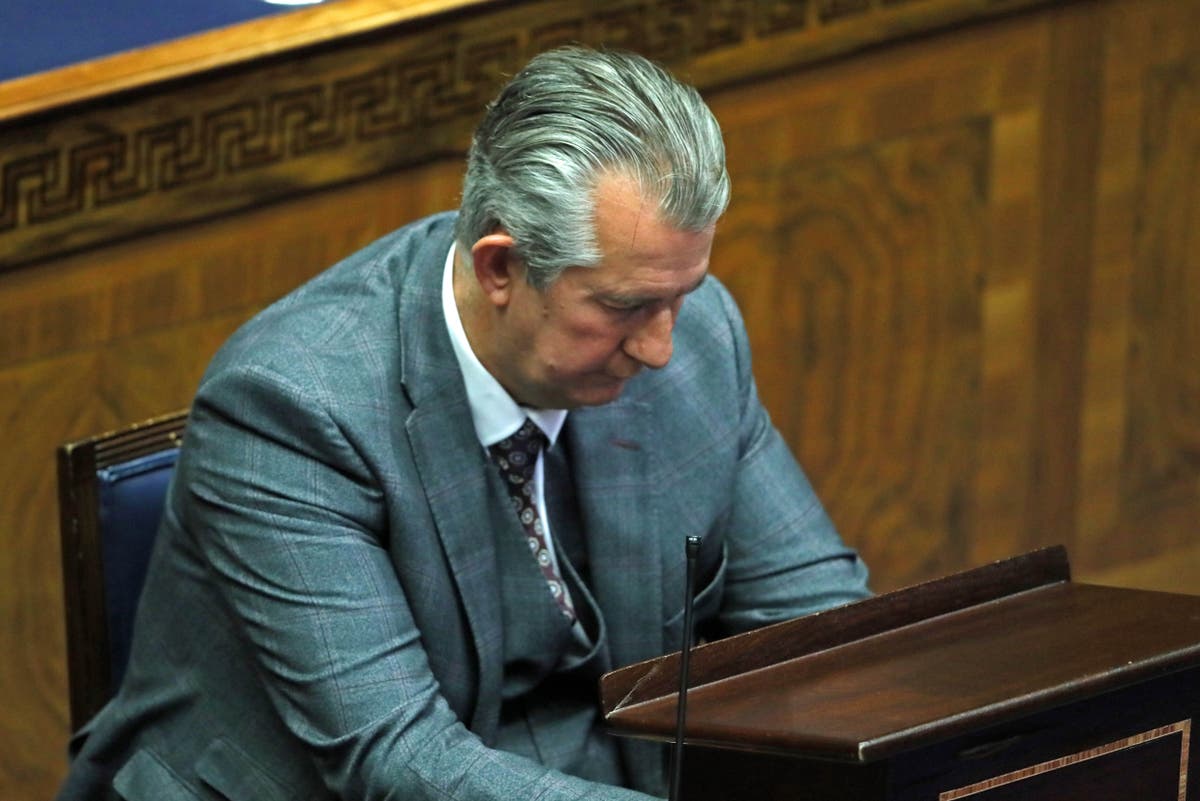 former special adviser to Arlene Foster has accused Edwin Poots of making “monumental mistakes” in the 24 hours before his resignation.

Mr Poots resigned after just three weeks as leader of the DUP amid party anger at a UK Government pledge to grant Sinn Fein a key concession on Irish language laws.

She told BBC NI’s The View: “Edwin was clearly very, very keen to take the leadership, there were many in the party unhappy about the way that it was done.

“It was then over to him then to demonstrate why he felt it was necessary.

“What were the changes that he felt needed to happen?

“However, over the course of the last two weeks we haven’t seen that – for example in terms of North South relations, the protocol and of course what has happened over the last 24 hours.”

She added: “What has happened over the last 24 hours, last night and into today seem to have been monumental mistakes”.

Another former adviser to Ms Foster, Lee Reynolds, said Mr Poots should have known that the decision of the UK Government to legislate on the Irish language would not be acceptable to the DUP.

He told BBC Newsnight: “When I heard about it last night, I’m sitting here going ‘This isn’t going to fly’.

“There is no point getting people into a room agreeing something that any man on the street could have told you would be dead on arrival.”

He said Mr Poots did not possess the “political goodwill” to survive the deal.

“The protocol and its impacts have made the well of political goodwill empty. It has cleaned out the unionist bank account of capital to spend on this, and that is a core problem.”