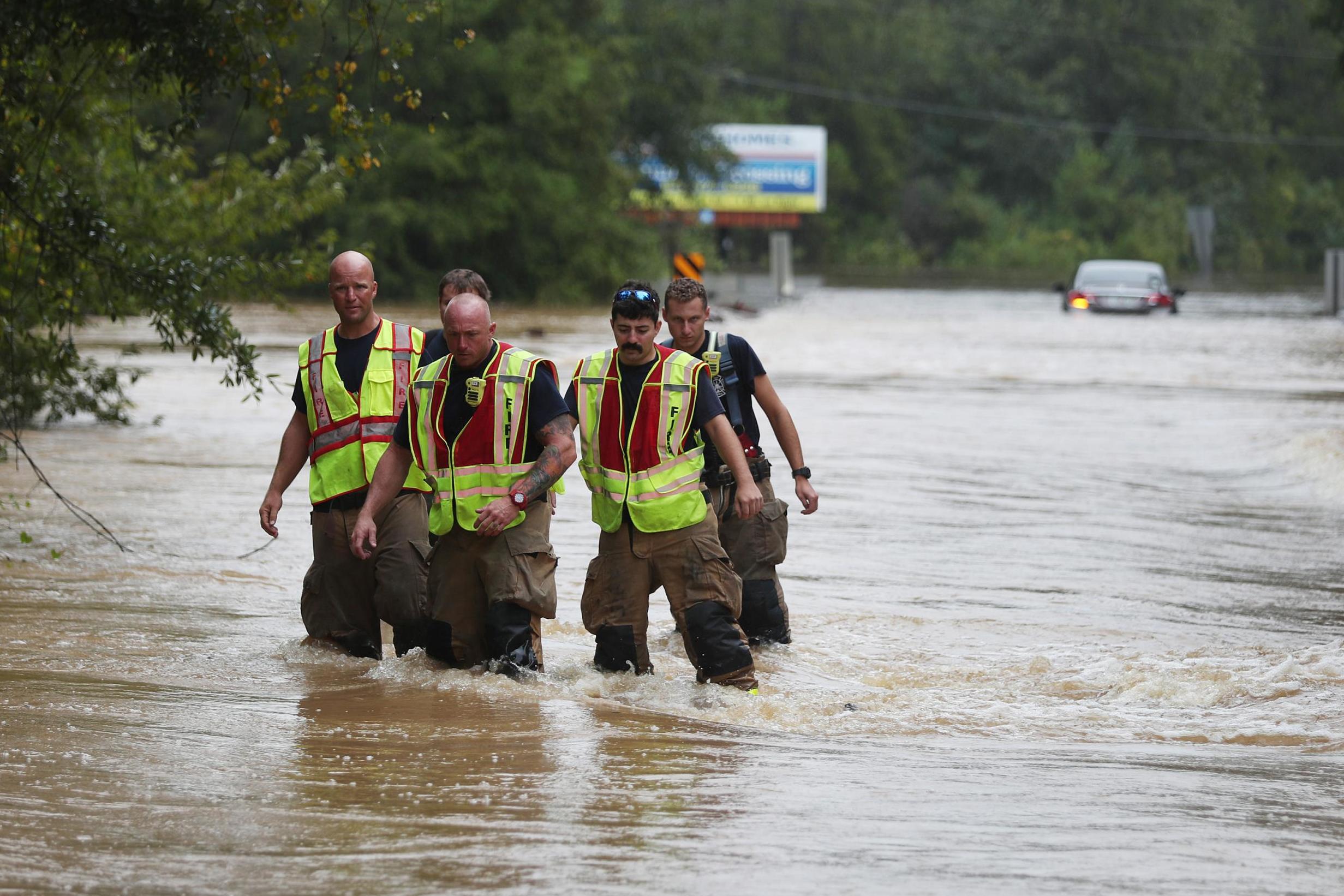 At least one person has been killed and hundreds more have been rescued after Hurricane Sally smashed into the US Gulf Coast.

The storm lumbered ashore near the Florida-Alabama line on Wednesday, swamping homes and forcing a major rescue mission as it pushed inland.

The death happened in Orange Beach, Alabama, according to mayor Tony Kennon, who also said that one person was missing.

Moving at just three mph, the storm made landfall at 4.45am close to Gulf Shores, Alabama.

Sally cast boats onto land or sank them at the dock, flattened palm trees, peeled away roofs, blew down signs and knocked out power to more than 540,000 homes and businesses.

A replica of Christopher Columbus’s ship the Nina that had been docked at the Pensacola waterfront was missing, police said.

By the afternoon, authorities in Escambia County, Florida said at least 377 people had been rescued from flooded areas.

Authorities in Pensacola, Florida said 200 National Guard members would arrive on Thursday to help. Curfews were announced in Escambia County and in some coastal Alabama towns.

Sally turned some Pensacola streets into white-capped rivers early on Wednesday. Sodden debris and flooded cars were left behind as the water receded.

By early afternoon, Sally had weakened into a tropical storm. It was downgraded to a depression late Wednesday night with 35 mph sustained winds.

The National Weather Service said the system was still forecast to dump 4 to 8 inches of rain in southeast Alabama and central Georgia by Thursday night.

At least eight waterways in south Alabama and the Florida Panhandle were expected to hit their major flood levels by Thursday.

Some of the crests could break records, submerge bridges and flood some homes, the National Weather Service warned.