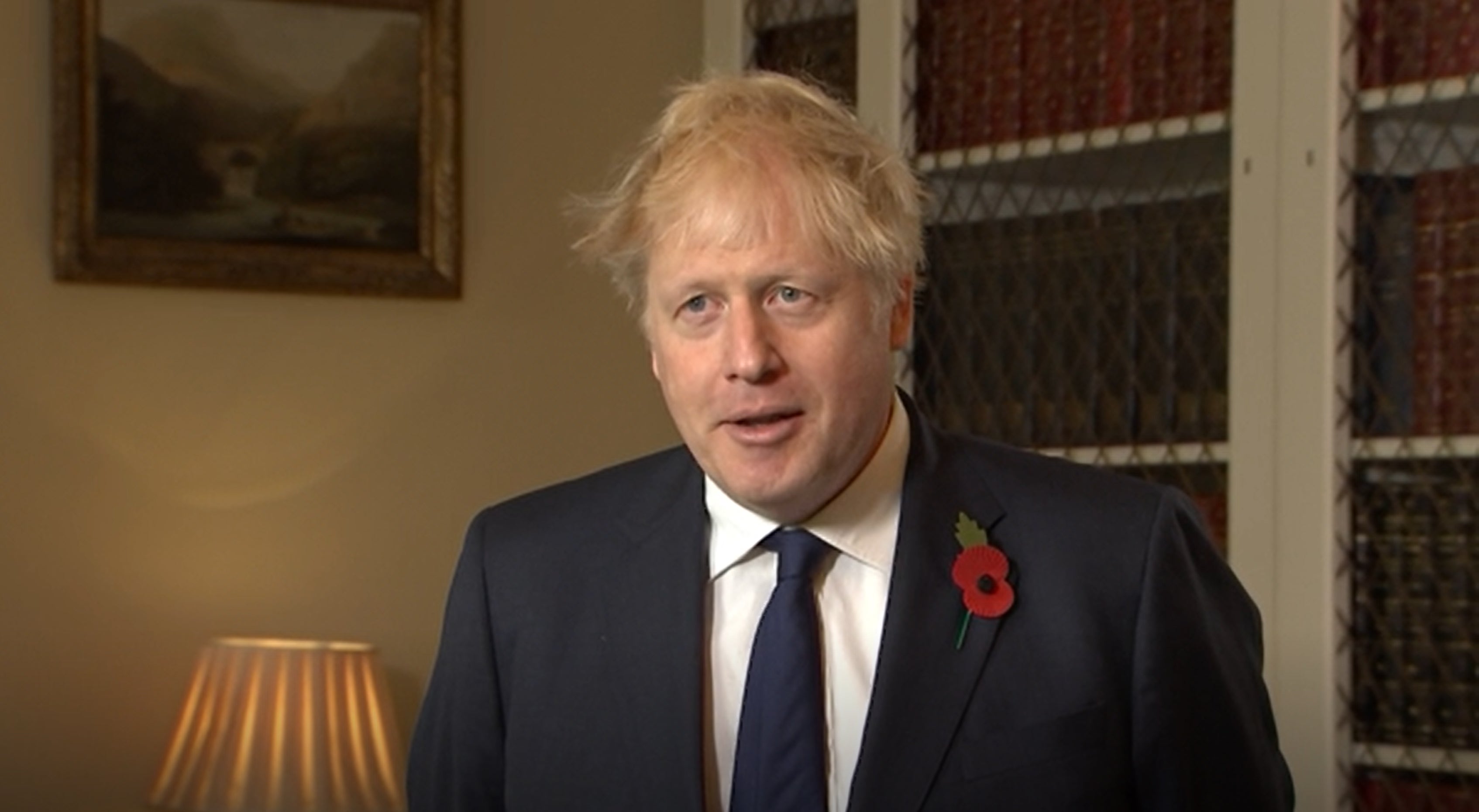 Boris Johnson still has not spoken to Joe Biden, as the Democrat marked his first day as president-elect by attending church – having pledged to unify the US during his forthcoming term in the White House.

Mr Biden used his maiden speech following Saturday’s announcement that he had won the 2020 presidential election to call for Americans to “lower the temperature” and “listen to each other again” after a divisive campaign.

The former vice-president, only the second Catholic to be elected to the Oval Office, attended mass on Sunday in his hometown of Wilmington, Delaware.

After the service, he headed in the direction of the cemetery where his son Beau is laid, along with first wife Neilia and their daughter Naomi, who died together in a car crash almost 50 years ago.

Meanwhile, Prime Minister Boris Johnson is still waiting on a call with the president-elect as reports suggested the ex-senator would not treat a trade deal with the UK as a priority.

Boris Johnson, speaking on Sunday, congratulated Mr Biden, who he has not met, and vice president-elect Kamala Harris as he made the first advances to woo the new administration, which will be inaugurated in January.

The Prime Minister told broadcasters there was “far more that unites” than divides the UK and US, saying: “The United States is our closest and most important ally, and that has been the case president after president, prime minister after prime minister – it won’t change.”

But the Telegraph quoted a figure advising the Biden campaign on foreign policy who said that the 77-year-old would not prioritise UK-US trade deal talks in the first 100 days of his presidency.

Mr Johnson, asked about whether the election outcome had set back ambitions for a trans-Atlantic trade agreement after Brexit, said he “never believed” striking a deal was going to be “a complete pushover under any US administration” given the country’s reputation as tough negotiators.

But the Prime Minister, who reportedly has “war-gamed” his first conversation with Mr Biden in the hope of building an alliance, insisted there was a “good chance we’ll do something”, with trade talks already having made a “huge amount of progress”.

President Donald Trump spent Sunday morning on the same golf course where the day before he had learned that broadcasters had started calling the election for his Democrat rival.

Mr Biden clinched victory after winning the key battleground of Pennsylvania on Saturday, some four days after polls closed, pushing him over the 270 electoral college votes threshold.

Upon arrival at the Trump National Golf Club in Sterling, Virginia, Mr Trump was greeted by a handful of demonstrators, with one critic displaying a placard reading: “Trumpty Dumpty had a great fall.”

Mr Trump has continued to protest at the way the election was handled, taking to social media to lambast how state-by-state results are declared by news outlets in the US.

“Since when does the Lamestream Media call who our next president will be? We have all learned a lot in the last two weeks!” he tweeted on Sunday.

First Lady Melania Trump appeared to back up her husband’s unsubstantiated claims of voter fraud, with the Trump campaign having vowed to contest how votes were counted in key battleground states.

“Every legal – not illegal – vote should be counted. We must protect our democracy with complete transparency.”

The Republican, who served two terms in the White House, said: “Though we have political differences, I know Joe Biden to be a good man, who has won his opportunity to lead and unify our country.”

Mr Bush said his party’s candidate Mr Trump held the right to request recounts and pursue legal challenges but added: “The American people can have confidence that this election was fundamentally fair, its integrity will be upheld, and its outcome is clear.”