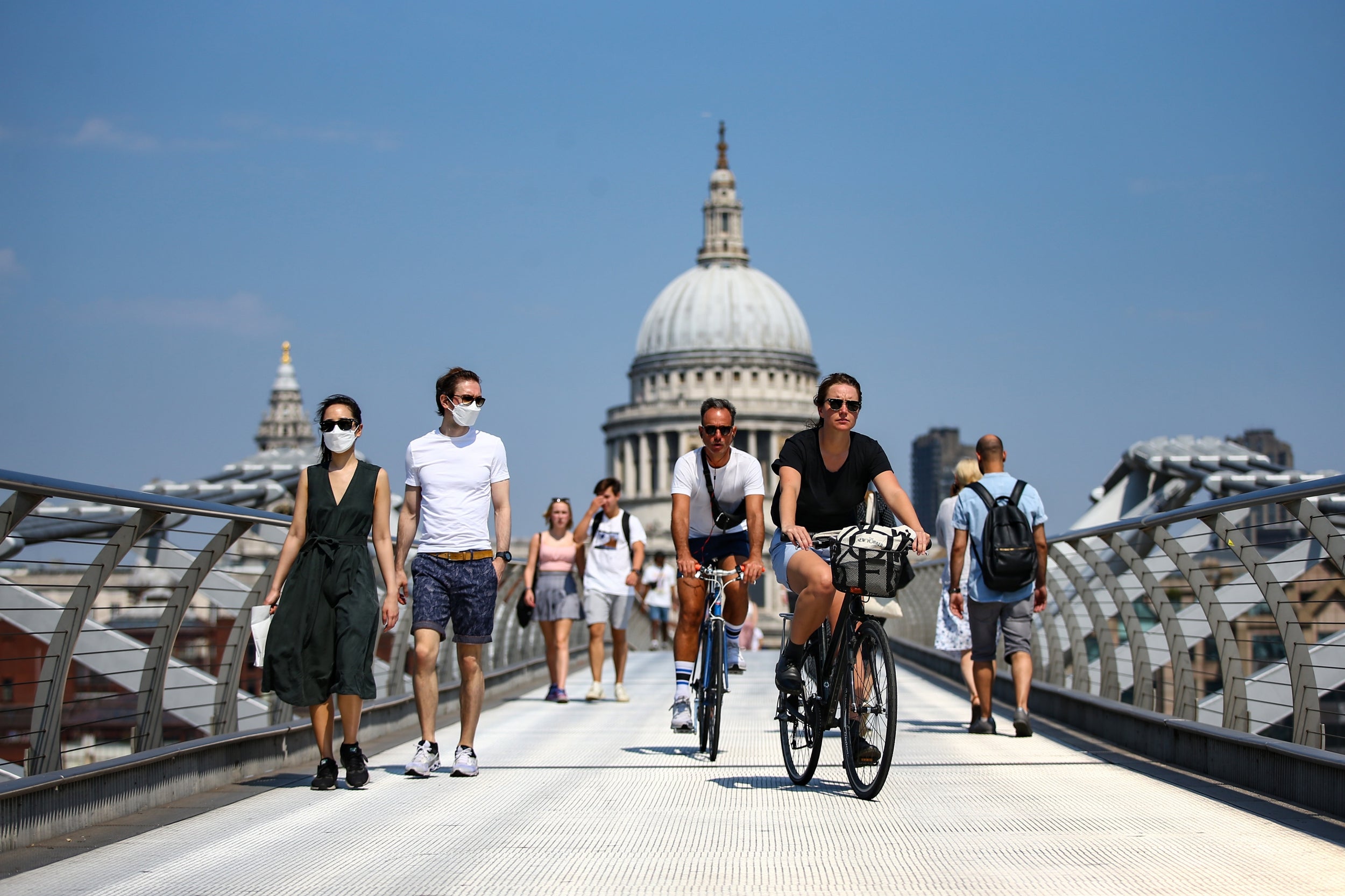 Boris Johnson has been urged to boost coronavirus testing and tracing as the UK sees the highest daily increase in new cases since late June.

The number of new confirmed coronavirus cases in the 24 hours up to 9am on Sunday rose to 1,063, compared with 744 on the previous Sunday.

This is the highest daily increase of new cases since June 27. The Government said 46,574 people had died in hospitals, care homes and the wider community after testing positive for coronavirus in the UK, as of 5pm on Saturday, up by eight from the day before. The figures usually dip at weekends.

It comes as the Prime Minister has said it is the “national priority” to get children back in class in England next month. However, he has been warned by scientific advisers that “trade-offs” may be necessary to keep transmission down.

Mr Johnson is understood to favour forcing pubs, restaurants and shops to shut ahead of schools in the event of severe local Covid-19 flare-ups.

Government advisers, opposition politicians, teachers and the children’s commissioner for England Anne Longfield have all called for improvements to testing before pupils return in September.

Their calls came as the Prime Minister wrote in the Mail on Sunday that “we have a moral duty” to reopen schools to all pupils after months without in-person education for most children.

He warned of the “spiralling economic costs” of parents and carers being unable to work, adding: “Keeping our schools closed a moment longer than absolutely necessary is socially intolerable, economically unsustainable and morally indefensible.”

The Prime Minister was also keen to stress the potential damage to children’s health if they do not return and that the virus presents only a very low threat of making them seriously ill, amid concerns parents may not feel comfortable sending them back during the pandemic.

Ms Longfield welcomed the commitment to make children the priority after previously accusing ministers of treating them as “an afterthought”.

But she said regular testing of pupils and teachers, perhaps as frequently as weekly, could be needed even if they do not exhibit symptoms.

“I think it needs to be as regular as it needs to be, to ensure that the infection is caught and identified as quickly as possible and then the tracking system can move on from that,” she told Times Radio.

Schools minister Nick Gibb did not support the call, saying: “All the advice we’ve had is the measures that we’re putting in place, the hierarchy of controls about hygiene and so on and bubbles within schools, is the most effective method of reducing the risk of transmission of the virus.”

Professor Sir Jeremy Farrar, director of the Wellcome Trust, who is advising the Government’s coronavirus response, said the “brief window” before schools reopen must be “used wisely” otherwise new restrictions will be needed.

He wrote in the Observer: “Most urgently, we need to ramp up testing. We are not where we need to be. We must improve contact tracing, so we’re identifying more cases and providing better, faster data locally.

“If we don’t, we may not be able to reopen schools without introducing new restrictions elsewhere. These are the trade-offs we face – if we do not act now.”

Shadow education secretary Kate Green called for greater support from ministers in making schools safe with extra resources and for them to boost the tracing of potential infections.

“I do think the Government could be doing more to support them (teachers) particularly, for example, making sure we’ve got a really robust test and trace system in place,” the Labour MP told Times Radio.

“It’s really, really important that we don’t write off a generation of Covid children – they need to be back in class the whole of our futures depend on this.”

Professor Chris Whitty, the chief medical officer for England, is among those who have suggested more restrictions may be needed when schools return after saying the nation has “probably reached near the limit or the limits” of what can be done to reopen society safely.