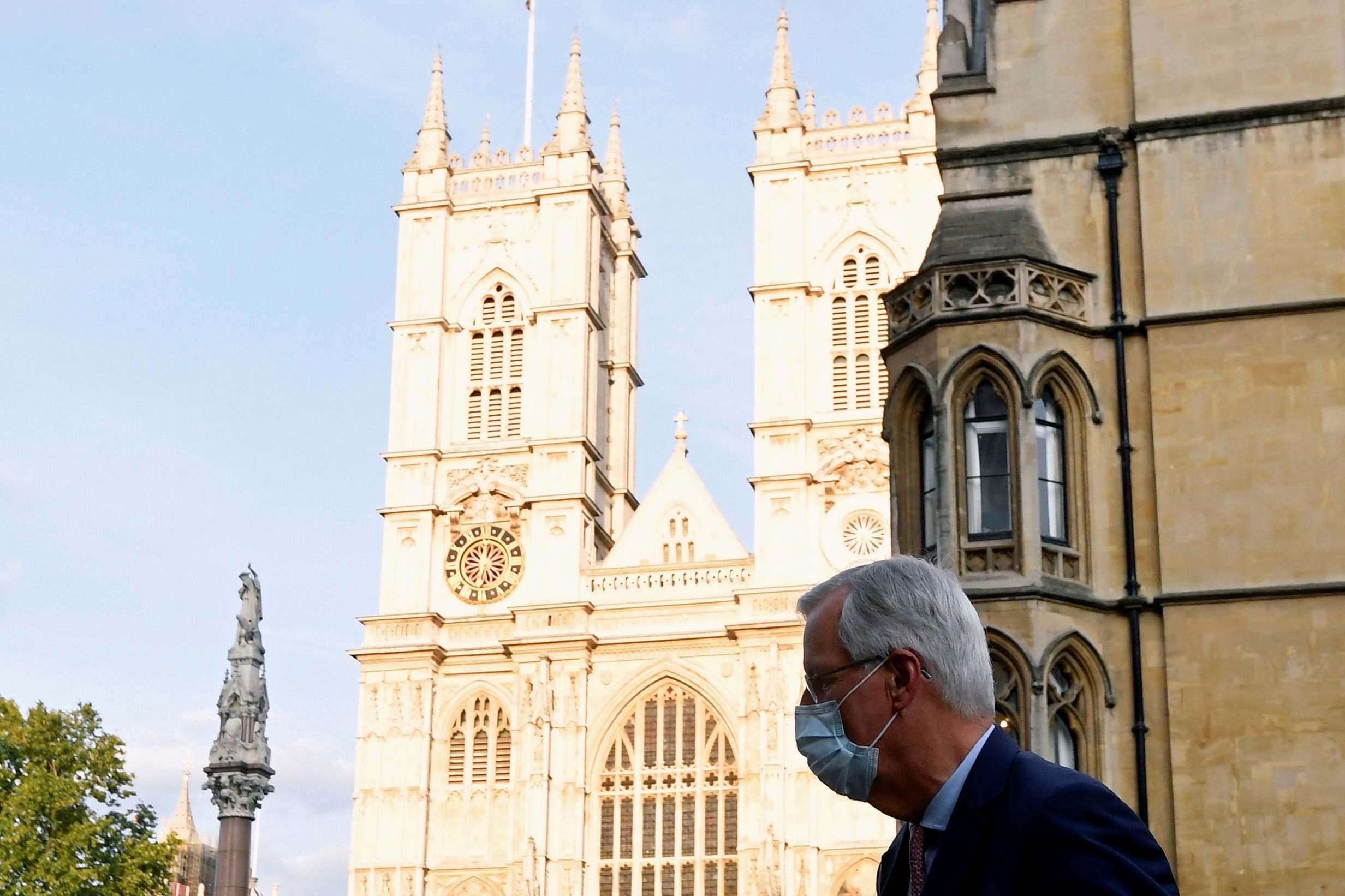 Trade talks between the UK and European Union are set to continue after Brussels’ chief negotiator said the doors “remain open” until the end of the transition period.

Downing Street confirmed discussions between Michel Barnier and his UK counterpart David Frost will resume on Thursday after they agreed a set of principles for an “intensified phase of talks”.

The negotiations had been brought to a halt after Boris Johnson‘s deadline for a deal passed last week.

Number 10 acknowledged that “significant gaps” remain between the two sides and it was “entirely possible that negotiations will not succeed”.

The main stumbling blocks remain fishing rights, the governance of any deal and the “level playing field” aimed at preventing unfair competition, which includes state subsidies.

But Mr Barnier told the European Parliament “our door remains open” until the end of the transition period on December 31.

“It will remain open right up until the last day when we can work together,” said Mr Barnier.

But he warned “it takes two to make a deal”, adding: “We are not sure that’s the outcome we will obtain and that’s why we need to be ready to deal with the consequences of a possible no-deal scenario.”

Extending an olive branch to the UK, Mr Barnier indicated the EU was willing to make compromises. but only if Mr Johnson also agreed to give ground.

“We will seek the necessary compromises on both sides in order to do our utmost to reach an agreement and we will do so right up until the last day which it’s possible to do so,” he said.

Downing Street said the UK’s position had been set out by Mr Johnson and Michael Gove, who had been clear the EU had to be serious about talking intensively, on all issues, and bringing the negotiation to a conclusion, as well as accepting that it was dealing with an “independent and sovereign country”.

A Number 10 spokesman said: “We welcome the fact that Mr Barnier acknowledged both points this morning, and additionally that movement would be needed from both sides in the talks if agreement was to be reached.

“As he made clear, ‘any future agreement will be made in respect of the decision-making autonomy of the European Union and with respect for British sovereignty.’”

EU negotiators will travel to London to resume talks on Thursday.

The spokesman said: “It is clear that significant gaps remain between our positions in the most difficult areas, but we are ready, with the EU, to see if it is possible to bridge them in intensive talks.”

If a deal is not possible, the UK will end the transition period “on Australia terms” – without a deal with its largest trading partner.

“It is essential now that UK businesses, hauliers, and travellers prepare actively for the end of the transition period, since change is coming, whether an agreement is reached or not.”

The call for businesses to prepare for changes on January 1, with or without a deal, comes after Mr Johnson’s efforts to win over bosses ran into difficulties in a “pointless” conference call.

The Prime Minister and Mr Gove addressed around 250 business leaders on Tuesday, insisting the UK would prosper either with or without an EU trade deal.

“There is a big opportunity for this country and we want to help all of you to seize that opportunity,” the Prime Minister said.

But one of the business leaders on the conference call told the PA news agency: “The whole thing was over in 23 minutes. There was no opportunity to ask questions and it was completely choreographed.

“Only three people were allowed to ask questions, set up in advance, and we were essentially told ‘it will all be fine’.”

The session was described as “a little bit of a ramble and a lot of posturing”.

“It was a wasted 23 minutes of my life. It was pointless,” the source said.