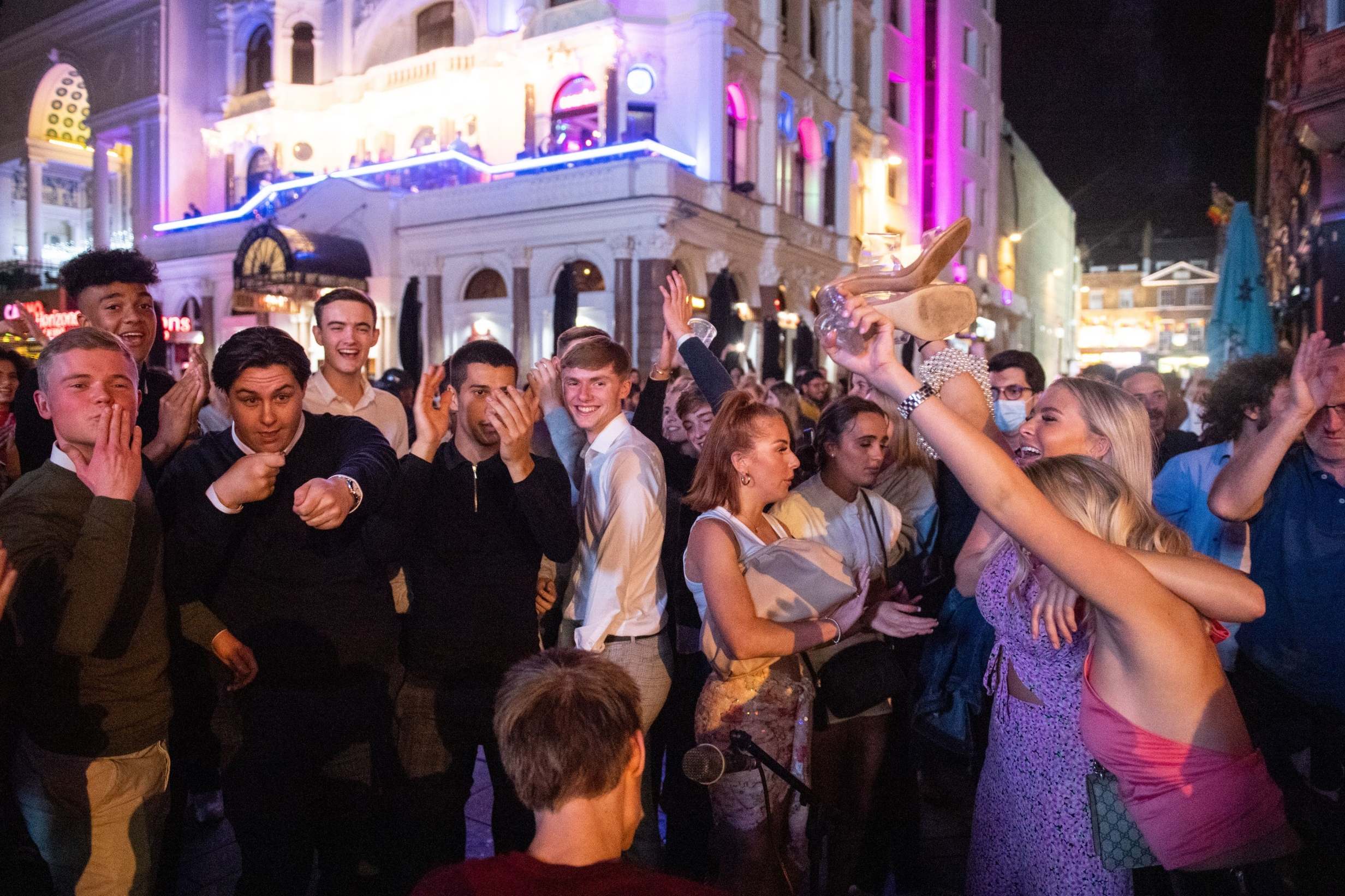 Thousands of Brits head out for a drink this weekend as the UK prepares for the “rule of six” to come into force next week.

From Monday, gatherings of more than six people will be illegal. The rules will apply across England to all ages and in any setting either indoors and outdoors, at home or a pub.

According to a poll of 2001 UK adults by Opinium, 66% of those surveyed are in support of the “rule of six”.

The proportion that feel the UK is coming out of lockdown too quickly has risen from 45% to 51% in the last two weeks, and the number who believe the UK is moving “at the right speed” has dropped from 31% to 24%, according to the poll.

It also found that four in five people (81%) are braced for a second wave of the coronavirus later this year, with just 12% optimistic that there will not be a second outbreak in 2020.

It comes as more than 3,000 coronavirus cases have been recorded in the UK for the second day in a row as a top scientist warned that the country is “on the edge of losing control” of Covid-19.

It is the first time since mid-May that recorded cases have been above 3,000 on consecutive days, and the figures come as the public is urged not to have a “party weekend” before the “rule of six” restrictions come into force on Monday.

The Government said that as of 9am on Saturday, there had been a further 3,497 lab-confirmed cases in the UK, slightly lower than the 3,539 cases recorded on Friday.

Former chief scientific adviser and member of the Scientific Advisory Group for Emergencies (Sage) Sir Mark Walport said the only way to stop the virus spreading is to reduce the number of people we all come into contact with, adding that there is an “extremely strong argument” that home working should continue.

Tough new Covid-19 lockdown measures were announced for parts of the UK on Friday as cases continued to rise and as the R number – the reproduction number of coronavirus transmission – climbed above one.

According to Government advisers, the last time R was above one was in early March.

Ahead of the “rule of six” coming into play, the chairman of the body representing rank and file police officers raised concerns about behaviour over the weekend.

John Apter, from the Police Federation of England and Wales, said: “There is a real risk some members of the public will take advantage of the current situation and treat this weekend as a party weekend ahead of the tighter restrictions being introduced on Monday.”

When asked whether the UK was still in control of the spread of the virus, Sir Mark said: “I think one would have to say that we’re on the edge of losing control.”

“The French on Thursday had 9,800 new infections and one can see their hospital admissions and indeed their intensive care admissions are going up.”

He added: “The short answer is the only way to stop the spread of this infection is to reduce the number of people we all come into contact with, that lowers the risk.

“It’s a very, very fine balancing act, it’s very important to get youngsters back to school, people to university, but it means we’re going to have to hold back our contacts in other areas.”

The professor said he was “definitely” still working from home, and told the programme: “Where people can work from home, there’s an extremely strong argument that they should do so.”

Meanwhile, it was confirmed that trials of a Covid-19 vaccine being developed by AstraZeneca and Oxford University will resume after a pause due to a reported side effect in a patient in the UK.

Oxford University confirmed that trials would resume across all UK clinical trial sites, adding: “The independent review process has concluded and following the recommendations of both the independent safety review committee and the UK regulator, the MHRA, the trials will recommence in the UK.”

The Government dashboard said a further nine people had died within 28 days of testing positive for Covid-19 as of Saturday. This brings the UK total to 41,623.

Separate figures published by the UK’s statistics agencies show there have now been 57,400 deaths registered in the UK where Covid-19 was mentioned on the death certificate.