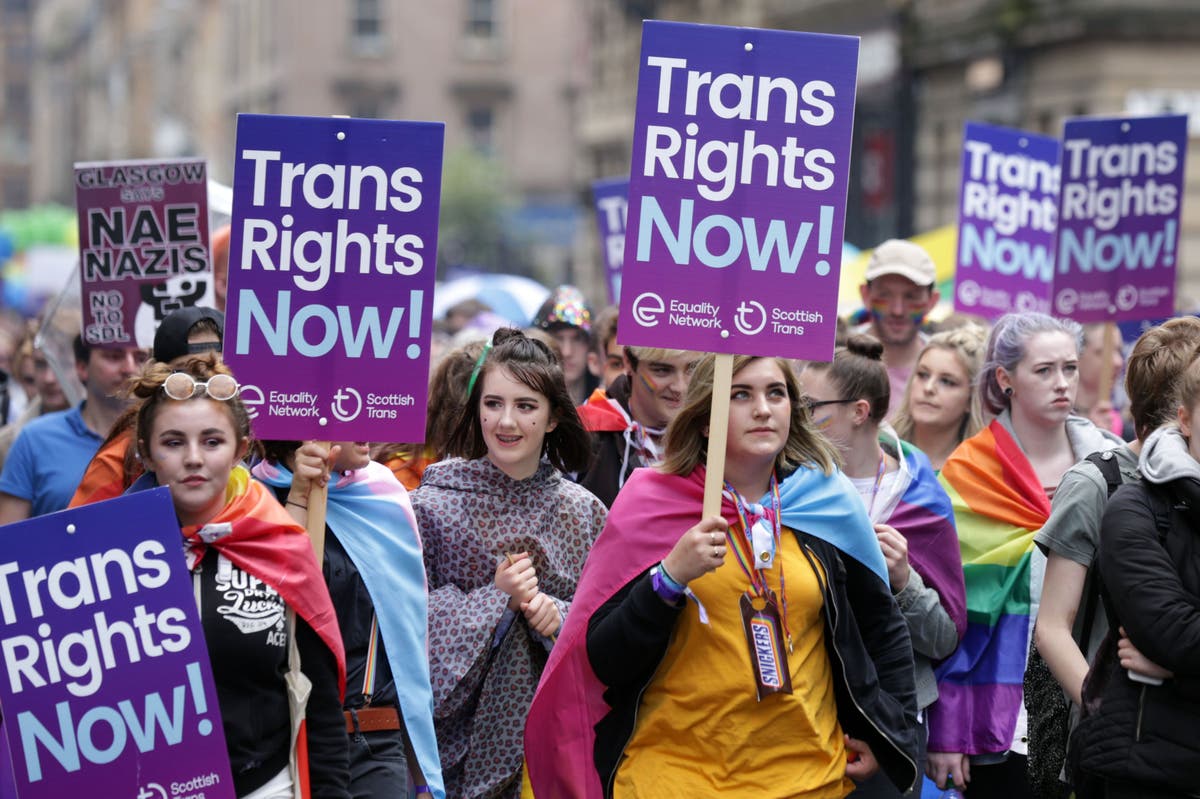 he fee to apply for a gender recognition certificate has been reduced to £5, the Government has confirmed.

The £140 fee for how a person changes their legal gender will be reduced to single figures from Tuesday to ensure the process is more affordable for transgender people, following a pledge by the equalities minister.

The Government decided against wider reforms but Liz Truss committed in September last year to making the application for a gender recognition certificate “kinder and more straightforward”.

Announcing the new fee, Ms Truss said: “As we build back better, we want transgender people to be free to live and to prosper in modern Britain.

“In the National LGBT Survey, 34% of transgender people told us that the cost of applying for a certificate was holding them back from doing so.

“Today we have removed that barrier, and I am proud that we have made the process of getting a certificate fairer, simpler and much more affordable.”

To make the application process easier it is also set to be moved online, with further details due to be announced by the Government in due course.

Under the existing Gender Recognition Act (GRA), a transgender person has to undergo a two-year waiting period, a review or appearance before a specialist panel as well as paying £140 before being able to change their gender legally.

Many LGBT campaigners believe the current system is not fit for purpose and have called for it to be replaced with a simpler statutory declaration and self-identification.

Eloise Stonborough, associate director of policy & research at LGBT charity Stonewall said the reduced fee was a “small step in the right direction” but added the existence of the fee was a “barrier for some trans people”.

She added: “It’s also important that the UK Government sets out a clear timeline of the further changes to streamline the application process, and move it online.

“All trans people deserve to be respected for who they are. Westminster’s failure to introduced a streamlined and de-medicalised gender recognition system based on self-determination, which includes non-binary people, continues to be a hurdle in progressing LGBT+ equality across the UK.”

Following a public consultation, Ms Truss announced in September that the Government had rejected calls for people to be able to self-identify their gender and change their birth certificates without a medical diagnosis.

Instead, the minister said that the cost of applying for a gender recognition certificate would be reduced to a “nominal amount” and that the process would be moved online.

But the Equality and Human Rights Commission (EHRC) called it a “missed opportunity to simplify the law on gender recognition”, while the LGBT Foundation said it was “incredibly disappointed”.

Johnny Mercer MP: ‘What we’ve done in Afghanistan is a total betrayal’