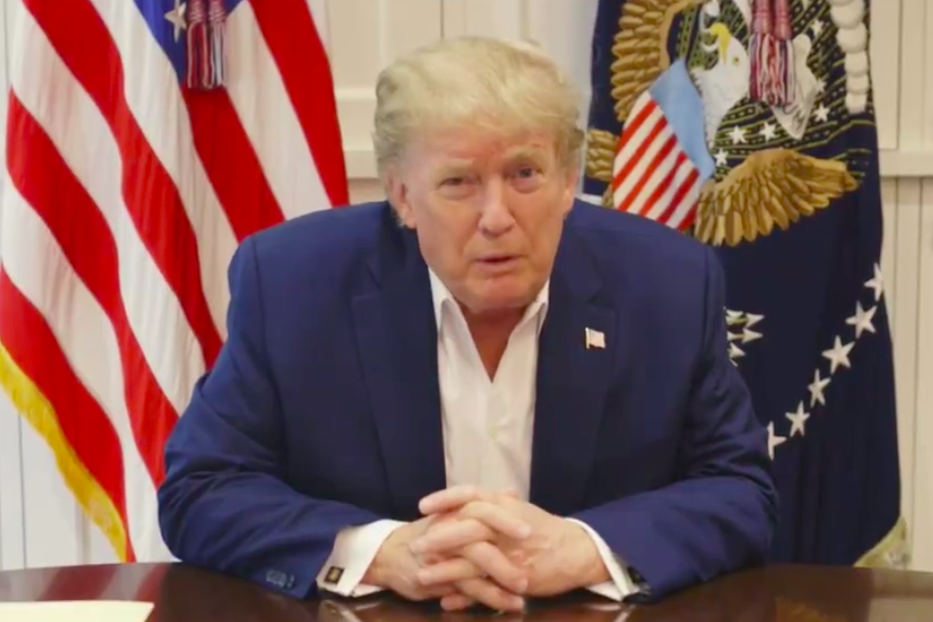 Donald Trump has said he feels “much better” in his fight against coronavirus but the next few days are “the real test”.

The president posted a video on Twitter from his hospital suite, saying he hoped to “be back soon” amid conflicting reports over his condition after being admitted with Covid-19.

The president’s medical team said he was doing “very well” and was in “exceptionally good spirits” in an update on Saturday, less than 24 hours after he was taken by helicopter to the Walter Reed National Military Medical Centre.

However, White House chief of staff Mark Meadows briefed reporters soon afterwards and said Mr Trump went through a “very concerning” period on Friday and that the next 48 hours would be critical.

In a press conference outside the hospital, Dr Sean Conley had said the president was fever-free, was not on oxygen and was not having difficulty breathing.

Dr Conley refused to say whether Mr Trump had ever been on oxygen despite repeated questioning, but said the president’s symptoms, including a cough and nasal congestion, “are now resolving and improving”.

A source familiar with Mr Trump’s condition told the Associated Press the president was administered supplemental oxygen at the White House on Friday before going to hospital.

Dr Conley’s optimistic appraisal contrasted the subsequent assessment delivered by Mr Meadows, although Mr Trump himself said in his video message he was feeling better.

However, he did say the “next few days” would be telling in his battle against the disease.

“You don’t know over the next period of a few days, I guess that’s the real test. So we’ll be seeing what happens over those next couple of days.”

There was also confusion over when the president tested positive, as Dr Conley initially suggested Mr Trump was 72 hours into the diagnosis.

Dr Conley later clarified he meant to say “day three” instead of 72 hours, and said the president had been first diagnosed with Covid-19 on Thursday evening.

The White House said the 74-year-old would work from the hospital’s presidential suite, which is equipped to allow him to continue his official duties.

Soon after Dr Conley’s update on Saturday, Mr Trump tweeted: “Doctors, Nurses and ALL at the GREAT Walter Reed Medical Center, and others from likewise incredible institutions who have joined them, are AMAZING!!!

“Tremendous progress has been made over the last 6 months in fighting this PLAGUE. With their help, I am feeling well!”.

Prime Minister Boris Johnson said he was sure the president would “come through” his treatment “very well”.

Speaking to reporters on Saturday morning, Mr Johnson said he rang the White House on Friday night and added: “I think obviously everybody’s wishing him and Melania the very best and hoping that they recover speedily and I’ve no doubt that he will, he’ll make a very strong recovery.”

When asked if he had any advice for Mr Trump, Mr Johnson added: “I think that he will be doing exactly what the doctors tell him to do and I’m sure he will be having the best care he can possibly get.” 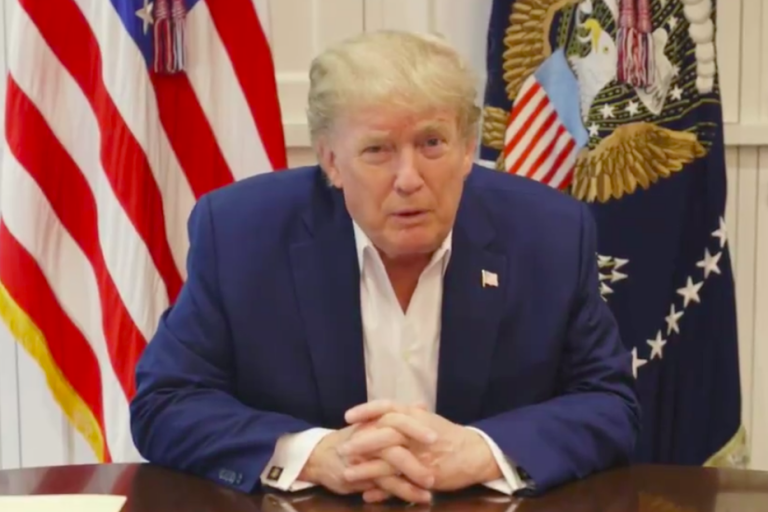