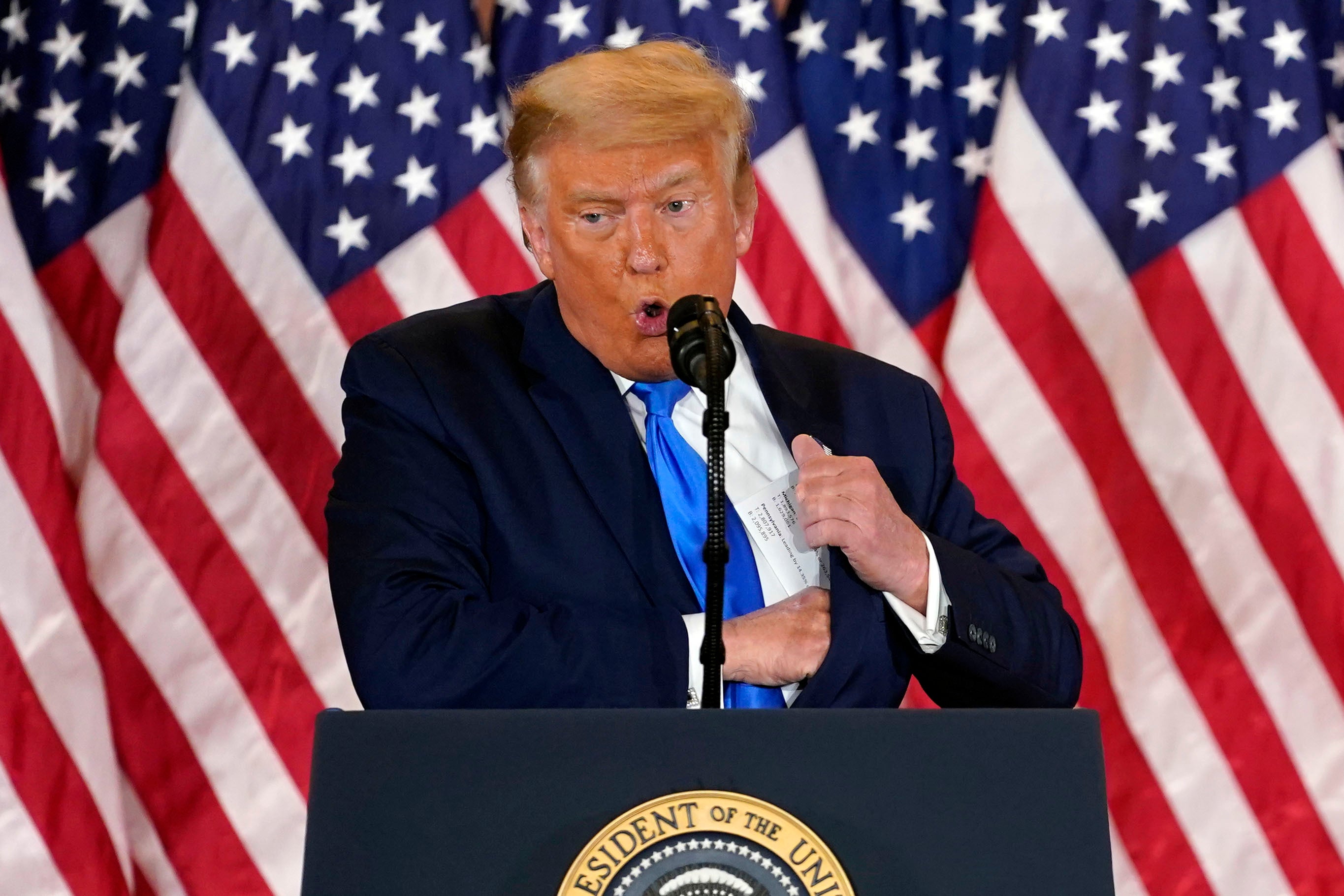 The president tweeted “STOP THE COUNT!” on Thursday as ballots continued to be tallied in five swing states which will ultimately decide whether he or Joe Biden is handed the keys to the White House for the next four years.

The Trump campaign has launched a flurry of lawsuits in Wisconsin, Georgia, Pennsylvania and Michigan. Most major networks have already called Michigan for Mr Biden – leaving him one or two states away from reaching the 270 electoral college votes he needs to become the next president.

Two days after election day, neither candidate has amassed the 270 Electoral College votes needed to win the White House.

But Mr Biden’s victories in the Great Lakes states have him at 253, putting him within touching distance from becoming president-elect.

Mr Trump, with 214 electoral votes, faced a much higher hurdle.

To reach 270, he needed to claim at least four of the remaining five battlegrounds: Arizona, Pennsylvania, North Carolina, Georgia and Nevada.

Mr Biden has already had received more than 71 million votes, the most in history.

“I will govern as an American president,” Mr Biden said.

“There will be no red states and blue states when we win. Just the United States of America.”

Mr Trump’s campaign engaged in a flurry of legal activity to try to improve the Republican president’s chances and cast doubt on the election results, requesting a recount in Wisconsin and filing lawsuits in Pennsylvania, Michigan and Georgia.

It remained unclear when a national winner would be determined after a long, bitter campaign dominated by the coronavirus and its effects on Americans and the national economy.

But Mr Biden was hoping to land a near-knockout blow by snatching Georgia, where the Democrat had closed to within 20,000 votes of Mr Trump’s total with less than 50,000 ballots still to be counted.

And the campaign said it was filing suits in Michigan and Pennsylvania to halt ballot counting on grounds that it was not given proper access to observe.

At the same time, hundreds of thousands of votes were still to be counted in Pennsylvania, and Mr Trump’s campaign said it was moving to intervene in existing Supreme Court litigation over counting mail-in ballots there.

The campaign also argued that outstanding votes still could flip the outcome in Arizona, which was projected to go for Mr Biden.