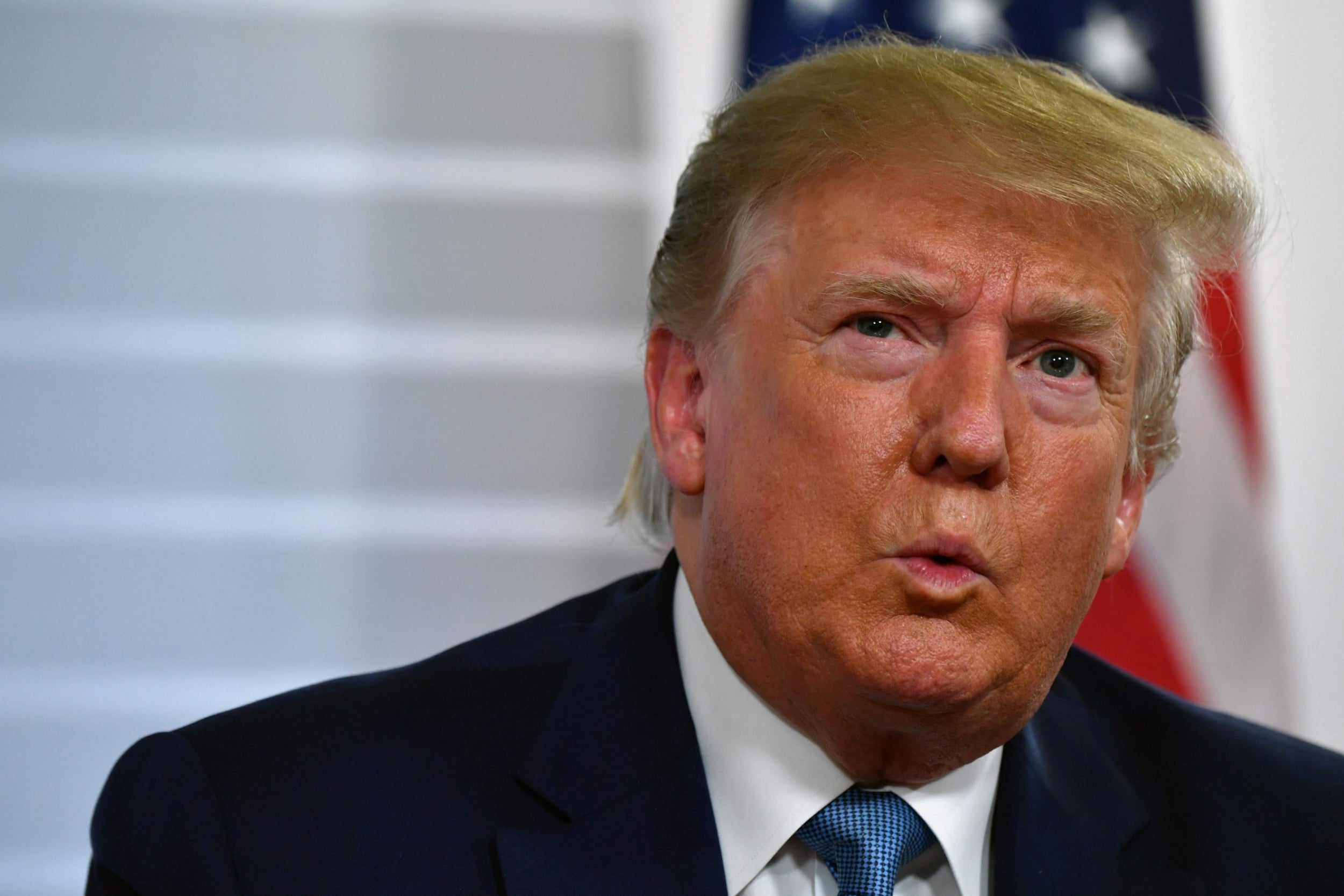 In in a tweet early on Wednesday, the Republican president predicted he would win a second term, after securing the battleground state of Florida.

Mr Trump then claimed – without any evidence – that the Democrats were trying to “steal” the election.

“We are up BIG, but they are trying to STEAL the Election. We will never let them do it,” he tweeted.

Underneath Mr Trump’s post claiming “they are trying to STEAL the election”, a message read: “Final results may be different from initial vote counts, as ballot counting will continue for days.”

In the tweet, Mr Trump also misspelled the word “polls”. He wrote: “Votes cannot be cast after the Poles are closed!”

The original tweet was deleted and replaced with the same message, this time with the correct spelling.

Mr Trump was mocked online for the mistake, with some pointing out that the president must have been tweeting with a degree of haste.

Mr Biden told his supporters to “keep the faith, we’re going to win this” as the election continued to hang on a knife edge.

Addressing crowds in Delaware, the Democratic candidate said: “We feel good about where we are we really do. I’m here to tell you tonight, we believe we’re on track to win this election.”

Votes were still being counted in key battleground states including Wisconsin, Michigan, and Pennsylvania.

Mr Trump said he would be making his own statement.

On the president’s mispelling of ‘polls,’ Arianna Huffington, founder of the Huff Post, wrote: “For clarity: Ice is melting at the POLES. Votes are still being counted now that the POLLS have closed.”

Another Twitter user wrote: “Don’t close the North Pole please I want Santa to visit me.”