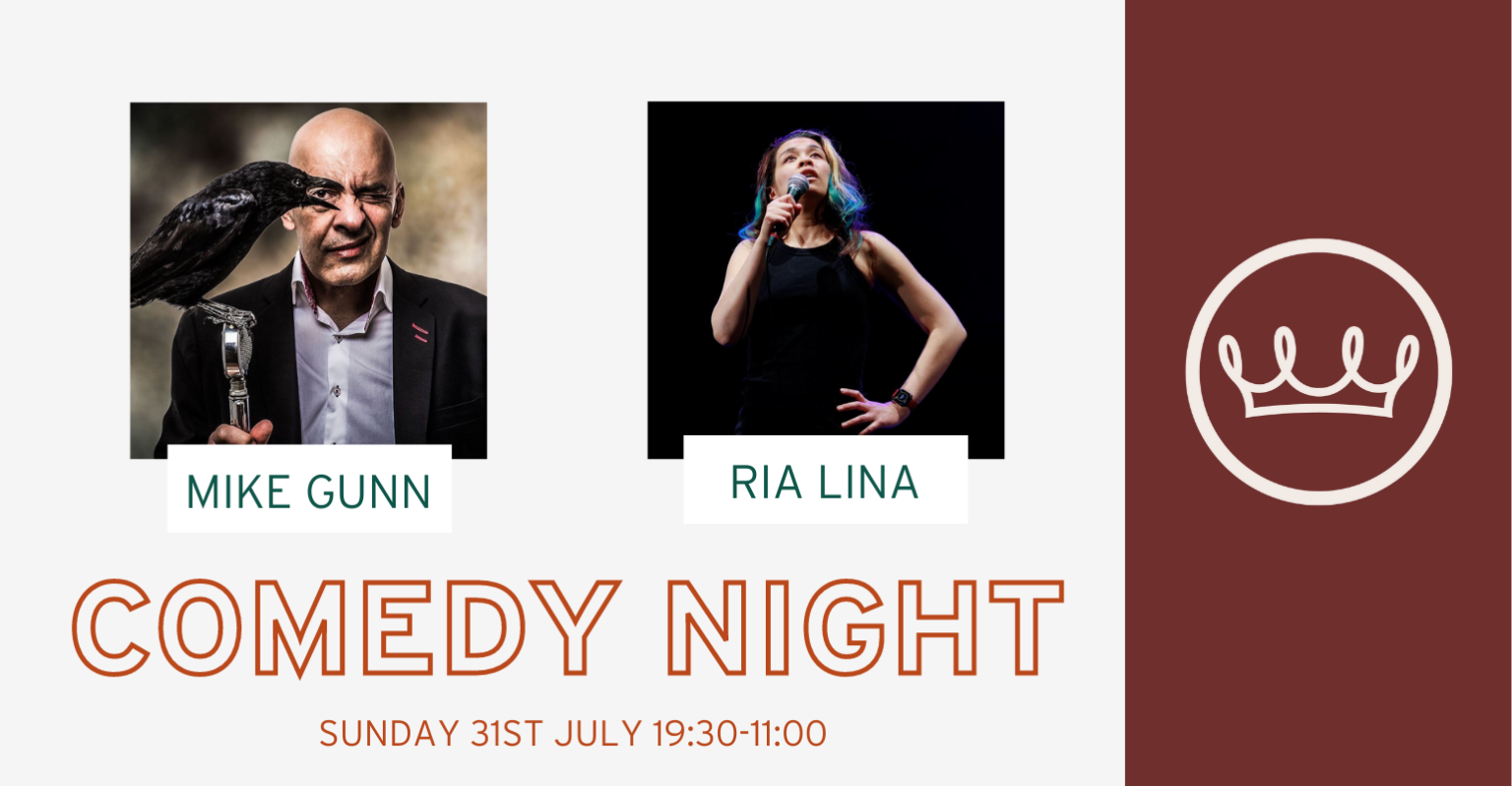 The Richmond Club welcomes world-renowned comedians, Mike Gunn and Ria Lina for a relaxing and entertaining night of comedy on Sunday 31 July.

Mike Gunn has supported many famous comedians on their UK and Worldwide tours, as well as his own hit show. Having performed with the likes of Michael McIntyre and Al Murray, he cites one of his career highlights as performing at the London Palladium following in the footsteps of all the greats that have graced that stage.

Ria Lina is a much-loved actress, writer and comedian, the first Filipina comic in the UK. Her most recent TV Appearance was on Richard Hammond’s new Comedy Central science panel show, Brain Reaction. Ria Lina, who has a PhD in viral bioinformatics, appears as Hammond’s intellectual sidekick.

Mariann Major, General Manager of The Richmond Club, said: ”We are excited to be welcoming Mike Gunn and Ria Lina to The Richmond Club for our comedy night. They are both extremely funny and I for one cannot wait to see their stand-up performances, I’m sure the audience will love them.

“There will also be a selection of great food and drink on offer and the relaxed surroundings make it the perfect night out to have a laugh with friends.”

The Richmond Club is Richmond’s first private member’s club and has recently won Best Start Up Business at The Richmond Business Awards. Member’s tickets for the comedy night are £10 to be redeemed against any food and drink purchased on the night and can bring up to 5 guests for £20 per ticket.