Soul to Soul: A Concert for these Times 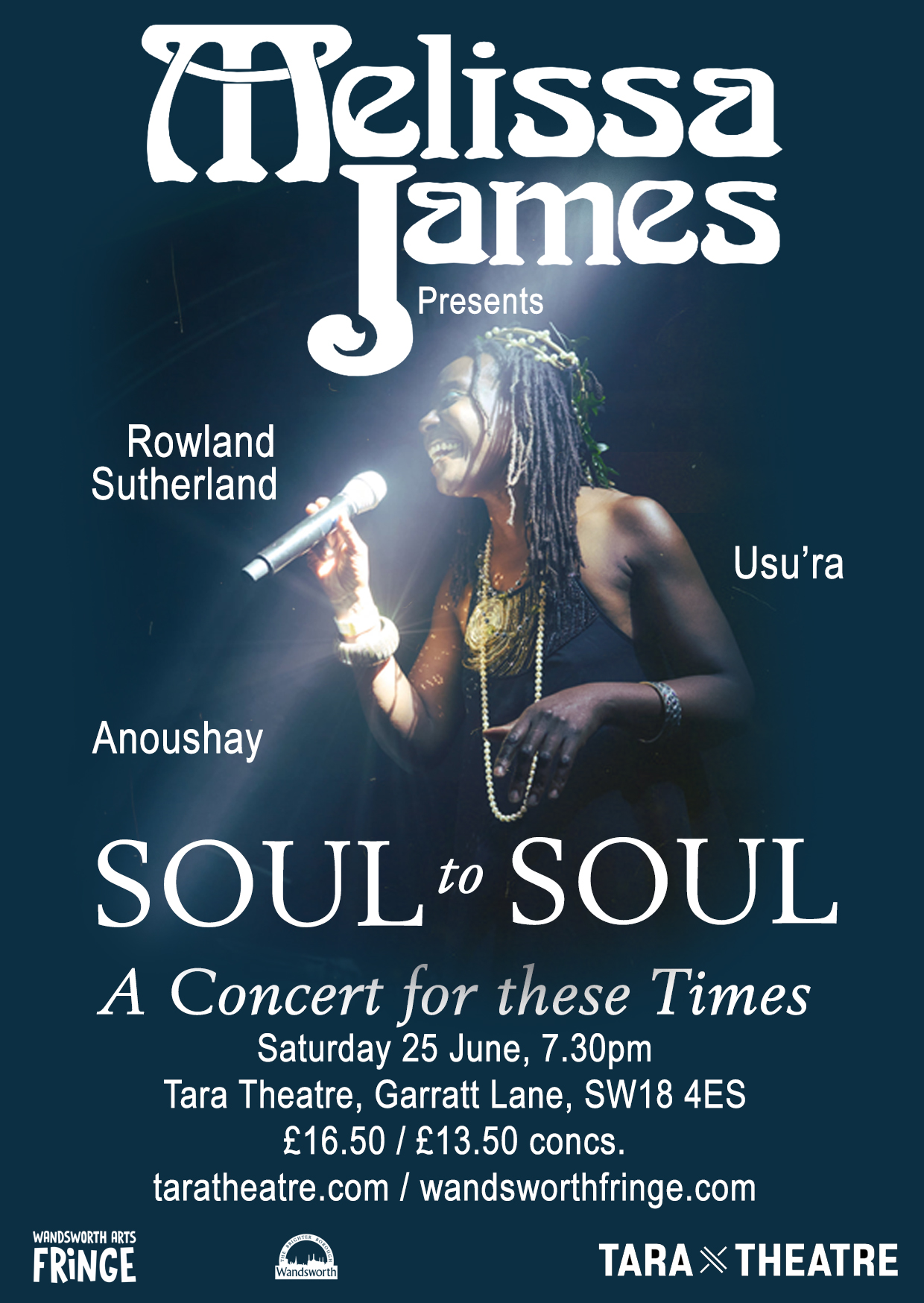 The words of BBC 6 Music’s Tom Robinson, who has long given a nod of approval to the work of this singer-songwriter.

Melissa James is, however, much more than a blues singer. She is a poetical songsmith with a voice that permeates the fibres of many who hear it. She is inspired by the work of Nina Simone, Joni Mitchell, Eric Bibb, and Lizz Wright – a singer to whom she has been likened. Melissa’s music is rootsy, gospel-folk with a large helping of soul.

This concert brings together artists and their music, bringing healing connection to our humanity in urgent times.

ROWLAND SUTHERLAND
Flautist Rowland Sutherland enjoys an international career, playing with an array of artists whose
music spans jazz, classical, and pop. He has also guested with non-Western groups and performed
with Nitin Sawhney, Manu Dibango, Courtney Pine, and recorded with Incognito, George Benson,
Joss Stone, Omar, and countless others.