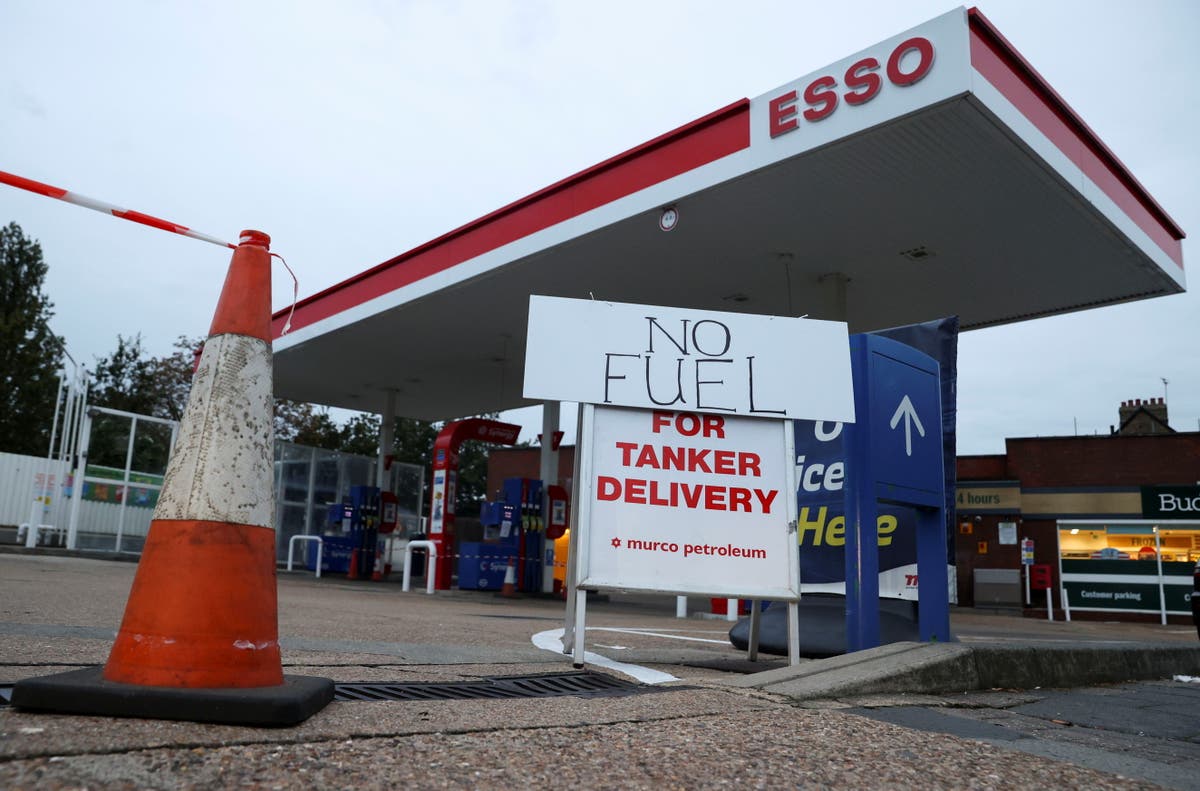 upplies of fuel at filling stations in London and the South-East will take “a week to 10 days” to return to normal despite Army drivers being drafted in to help with deliveries, industry bosses warned on Monday.

Gordon Balmer, executive director at the Petrol Retailers Association (PRA), said severe “pinch points” remained in and around the capital where almost a quarter of sites were completely dry yesterday.

He said BP garages were worst affected “but we know that they are rectifying that”.

The PRA represents almost 5,500 of the UK’s 8,300 petrol stations. Mr Balmer also said there was “a good chance” of a repeat of shortages in the run-up to Christmas as drivers fill up ahead of long drives to visit family or friends.

He told Sky News: “Everyone is pulling out all the stops to make sure we do have adequate supplies… Some people will need to think, do I need fuel right now or can I plan it so I go in the next week or so to get fuel once the situation is rectified?”

Mr Balmer was speaking as the first servicemen arrived at Buncefield oil depot in Hertfordshire after a week of training with the petroleum industry logistics company Hoyers in Thurrock in Essex. Soldiers in uniform and wearing face masks were spotted walking near the gates to the Hertfordshire Oil Storage Terminal on Monday morning.

Most of the Army drivers will be delivering petrol and diesel to forecourts in London and the South-East.

In total, 200 military personnel — half of them drivers — are being deployed in Operation Escalin which was originally drawn up to cope with shortages after Brexit was completed in January.

Chancellor Rishi Sunak insisted the fuel situation “is improving”. He told LBC Radio: “That is a situation that is improving, those are the facts.”