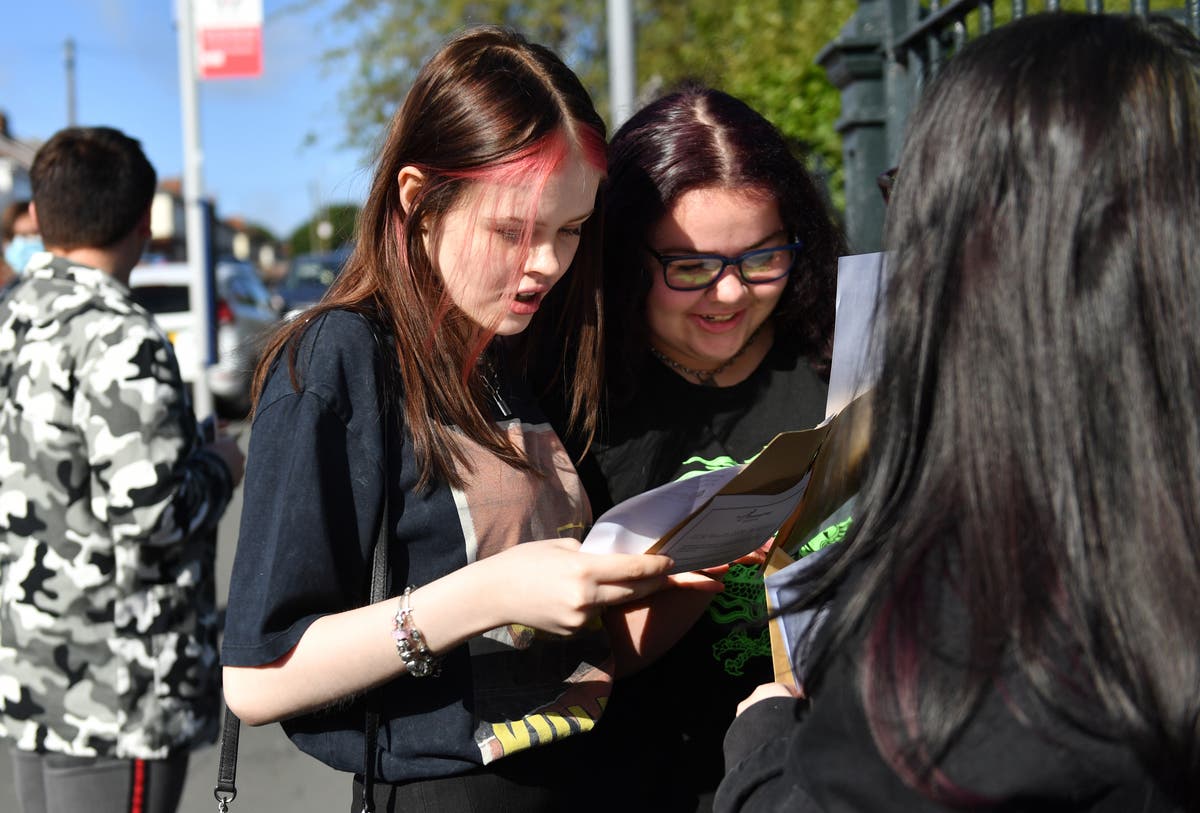 possible surge in top GCSE grades could make the job of admissions teams at colleges and sixth forms more difficult.

Students across the country are receiving their GCSE results this morning which have been determined by teachers after this year’s exams were cancelled.

Hundreds of thousands of teenagers in England Wales and Northern Ireland are receiving grades to help them progress to sixth form, college or training

Speaking to Sky News, Mr Gibb said: “This is an exceptional year, designed to make sure that despite the pandemic, despite the fact we had to cancel exams, because it wouldn’t have been fair for children, young people, to sit exams when they’ve had such different experiences of Covid – the different levels of self-isolation and so on – so a teacher-assessed system was the best alternative to make sure they can go on to the next phase of their education or careers.”

He said the Government wanted examinations to return next year, adding: “We’ve already announced the adjustments to the exams – we expect all young people to be taking exams in 2022 but we will be making adjustments to those exams to reflect the fact that this cohort will have had disruption to their education as well.

“And the regulator Ofqual will be saying more about the grading standard that will be used for those exams in the autumn term.”

He tweeted: “Good luck to students receiving their GCSE and BTEC results today. Young people across our country are hugely talented and should be proud of all they’ve achieved in such exceptional circumstances. Thank you to their teachers and support staff who have worked so hard this year.”

On a visit to a school in Swindon to meet students receiving their GCSE results, Sir Keir Starmer is expected to say the current plans to catch up on lost learning “risk holding back a generation of kids”.

Sir Kevan Collins, the former education catch-up commissioner, quit his role in June over the Government’s proposal of a £1.4 billion fund to help children recover missed lessons, describing it as “a bit feeble” – he had proposed a £15 billion recovery package.

The Labour Party says that face-to-face teaching lost this year amounts to more than eight weeks per pupil, in addition to an average of 14 weeks last year, with some groups such as pupils on free school meals and those in the north of England being disproportionately affected.

Geoff Barton general secretary of the Association of School and College Leaders, is expecting pressure to be placed on admissions teams at sixth forms colleges and schools if grades are inflated this summer

Speaking ahead of GCSE results day, Mr Barton warned that some young people could be “turned away” from courses if centres cannot increase capacity due to limited space and staff.

He added: “I think what we’ll see admissions tutors doing on Thursday, and heads of sixth form, is doing their best to make sure that irrespective of grades a young person moves on to what they had wanted to do in terms of their course and the course best suited to them.

“Because what we don’t want is young people euphoric that they got higher grades than they had hoped for on results day, and then three or four weeks into a new term feeling out of their depth on a course which actually isn’t the appropriate course for them.”