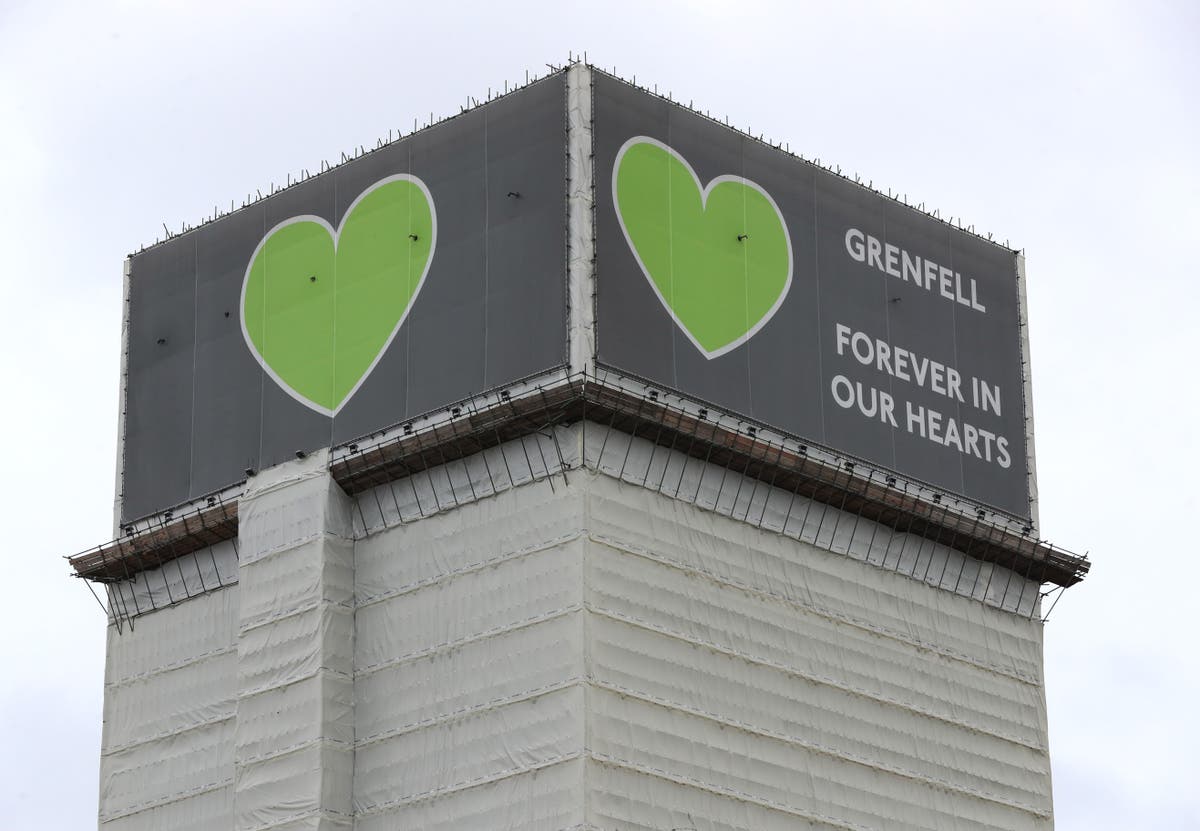 However, survivors said they have had previous assurances the tower can be kept safe “for as long as it needs to be” and that it poses no risk.

Meanwhile the Ministry of Housing Communities and Local Government (MHCLG) reassured that a decision has yet to be taken.

Grenfell United, a group for survivors and bereaved families, said: “It is with shock that we read the Sunday Times article today, given the promise by the government that no decision would be made on the future of the tower without full consultation with the bereaved and survivors.

“The government has engaged with fewer than 10 of the bereaved and survivors on this matter, to date, and with such a wide range of viewpoints across all affected families, we struggle to understand why this would be pushed through so quickly.

“Given what we went through, safety has always been paramount and we have had previous assurances that the tower can be kept safe for as long as it needs to be, and that it poses no risk to the community around it.”

The group added that “removing Grenfell from the skyline while the inquiry and police investigation still continues to only serve those accused or those that haven’t acted.”

Members are asking how the tower can be demolished before the legal process concludes, adding “justice is important to us all and anything that may prevent justice must not be an option.”

Grenfell Next of Kin, the support group for parents, partners, children, siblings, grandparents and grandchildren of 27 of the deceased, said finding consensus between the different stakeholders “requires skill and compromise”.

They said this would only be achieved through “trust, honesty, integrity and transparency and most importantly respect”, all of which they say has been missing from the process so far.

A spokesperson for the Ministry of Housing, Communities and Local Government said: “We know how important and sensitive this decision is, and no decision has been taken.

“Following important independent safety advice from structural engineers, we are engaging closely with the community as we consider the evidence including the safety concerns raised and what the future of the Grenfell Tower should be.

“We have now published this advice to ensure those most affected have access to the information that will inform a decision on the tower, before one is reached.”

In a letter, which was posted on social media in May, the MHCLG said that it will be at least a year before any decision on the future of the tower is implemented.

This will be after the fifth anniversary of the the blaze at the tower block in west London in June 2017 that claimed 72 lives, it added.