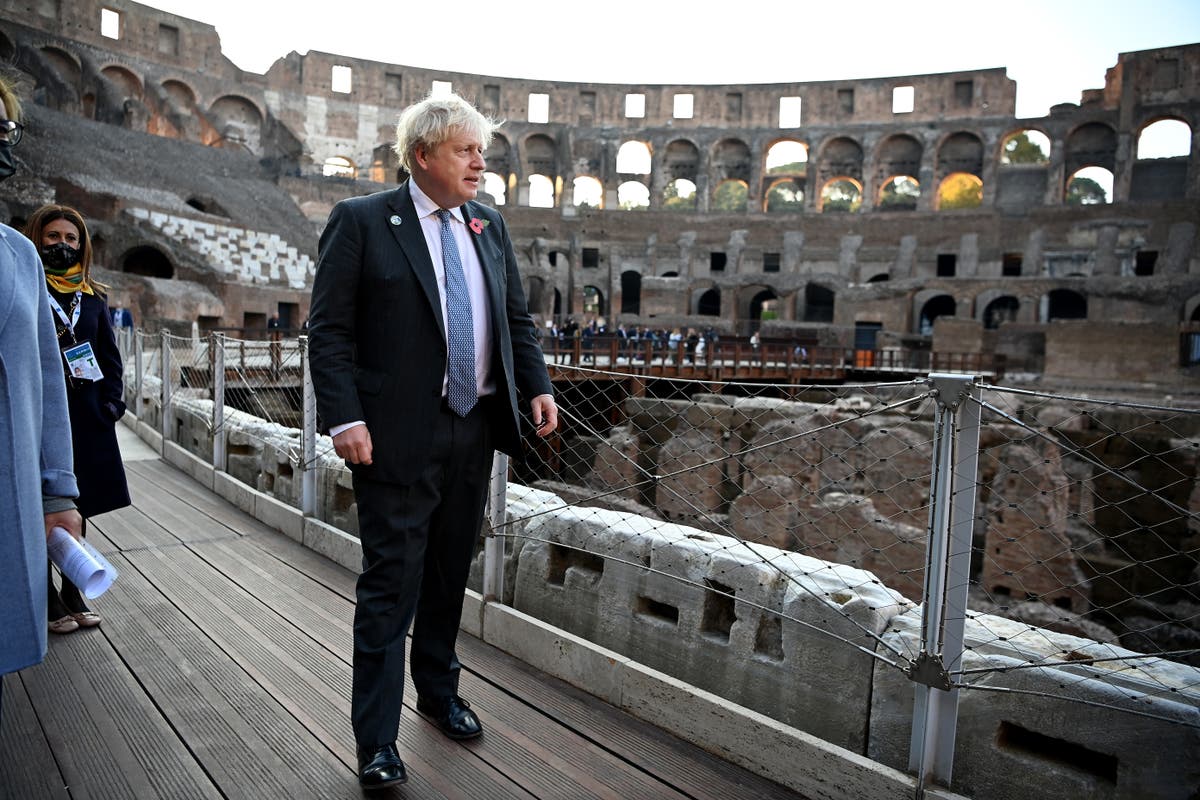 oris Johnson is to make a final push to urge the leading economies to do more to cut emissions ahead of crunch climate change talks starting in Glasgow on Monday.

The Prime Minister in Rome for the final day of the G20 summit, described the Cop 26 conference as a “moment of truth” for humanity.

Mr Johnson has spent the weekend pushing the message that the developed countries needed to move further and faster if they are to succeed in meeting the goal set out in the Paris climate accords of limiting global temperature rises to 1.5C.

Together, we can mark the beginning of the end of climate change – and end the uncertainty once and for all

“Cop26 will be the world’s moment of truth. The question everyone is asking is whether we seize this moment or let it slip away,” he said.

“I hope world leaders will hear them and come to Glasgow ready to answer them with decisive action.

“Together, we can mark the beginning of the end of climate change – and end the uncertainty once and for all.”

Separately, the G20 leaders are expected to endorse a plan agreed earlier this year by more than 100 countries for a minimum global corporation tax rate of 15%.

The move comes amid concern that big multinational companies are shielding their profits by channelling them through low tax jurisdictions.

Meanwhile, Mr Johnson has been involved in fresh talks with US President Joe Biden French President Emmanuel Macron and Germany’s Chancellor Angela Merkel on Iran’s nuclear programme amid fears it is seeking to develop a nuclear weapon.

In a joint statement they expressed their “grave and growing concern” that Iran has accelerated its rate of production of highly enriched uranium despite having “no credible civilian need” for it.

They urged Tehran to return to to the negotiating table and resume compliance with the nuclear deal originally agreed in 2015 to curb its moves towards developing a nuclear weapon in return for the easing of sanctions.