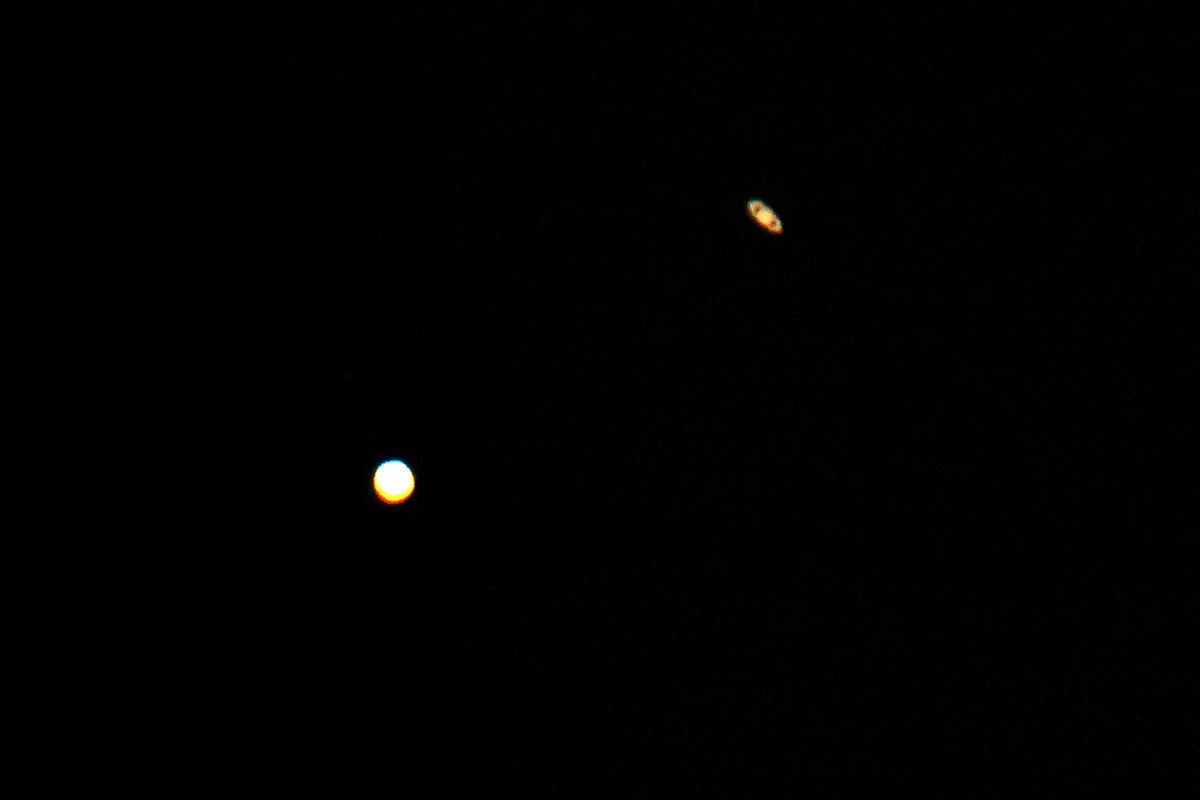 upiter and Saturn have appeared closer to each other in the night sky than they have in 800 years in a celestial event astronomers call the “Great Conjunction.”

The last time the two planets appeared this close and formed like this was in 1623.

The largest planets in the solar system have been slowly getting closer in the sky since the summer and appeared like a double planet system.

Coinciding with the Winter Solstice, the conjunction could be viewed by eye from anywhere on Earth on Monday.

The planets looked around a fifth of a full moon’s width apart early on Monday evening and appeared low above the horizon.

The once-in-a-lifetime celestial phenomenon will be visible until Christmas Day, scientists have said.

The conjunction is sometimes nicknamed the “Christmas Star” or “Star of Bethlehem” for its connection to the Christian nativity story.

In the story, the star guides the wise men to the home of Jesus, which many Christians believe was a miracle.

The conditions will make the two frozen-gas spheres appear closer and more vibrant than at any time in 800 years.

How close will the two planets appear to be?

About one-tenth of a degree apart, which is about the thickness of a dime held at arm’s length, NASA said.

In reality, of course, the planets will remain hundreds of millions of miles apart, it said.

The conjunction of the two planets takes place about once every 20 years.

But the last time Jupiter and Saturn were this close was in 1623, and that passing was not visible from most places on Earth.

The last visible great conjunction happened long before telescopes in 1226, halfway through construction of the Notre Dame Catholic cathedral in Paris.

The next Great Conjunction between the two planets – though not nearly as close together – will come in November 2040.

A closer alignment similar to Monday’s will be in March 2080, with the following close conjunction 337 years later in August 2417.

Surface of Venus ‘moving like pack ice on a lake’