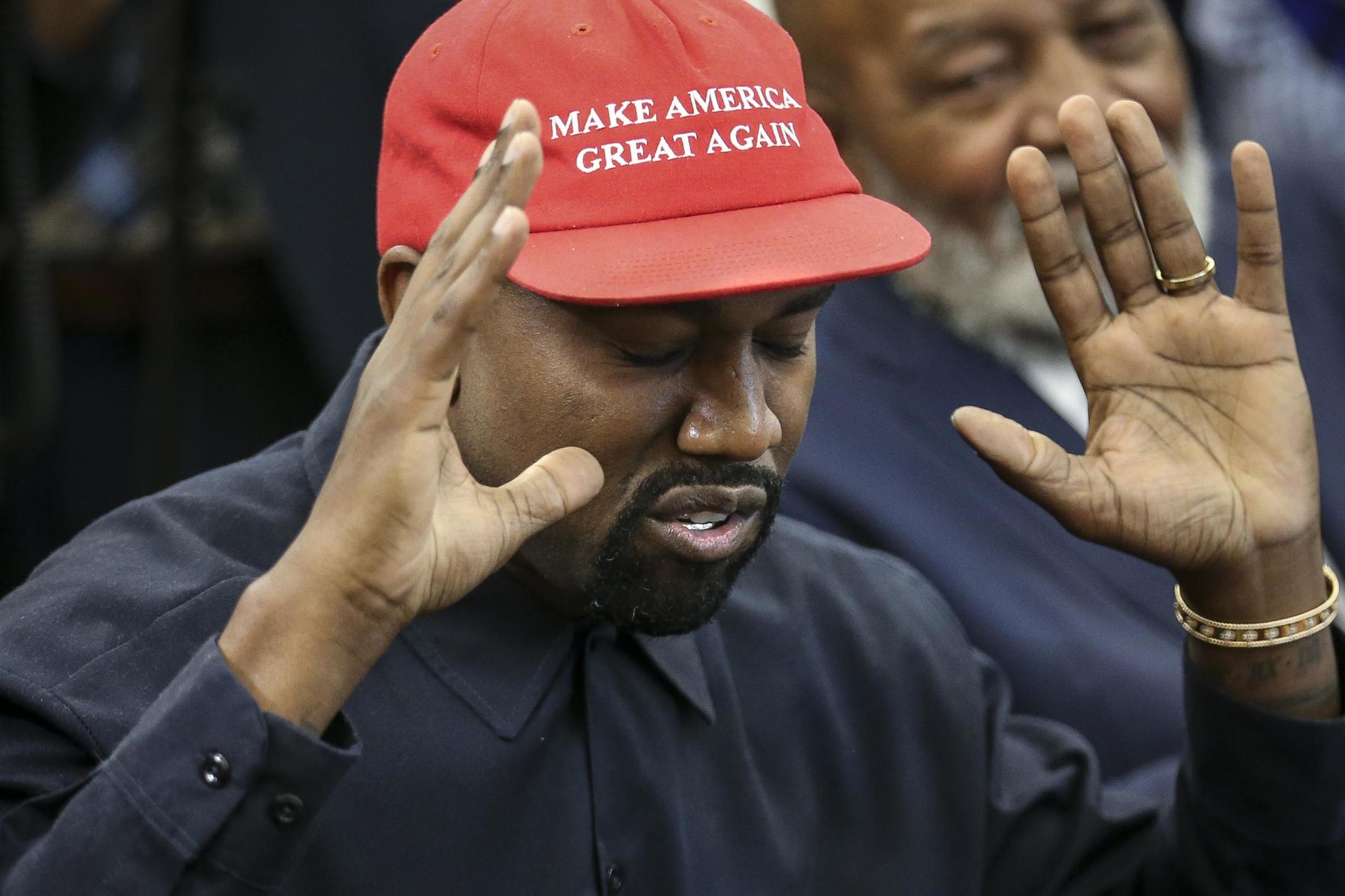 Kanye West has denied claims the Republican Party is paying him to run for president as a distraction in a bid to support Donald Trump‘s re-election.

The rap superstar announced he was running for the White House in July, though doubts remain over how seriously to take his campaign.

West, who is running as an independent candidate, missed the cut-off to be included on November’s ballot in many states.

This led to rumours his bid was a distraction and an attempt to lure voters from Mr Trump’s rival, Joe Biden.

But during an appearance on Nick Cannon’s podcast, teased on Instagram, footwear mogul West dismissed the rumours and said the Republican Party cannot afford to pay him.

West said: “People keep on saying, ‘I think that y’all -you and Republicans – are in cahoots’.

“Bro, can’t nobody pay me. I’ve got more money than Trump,”

Cannon replied: “But people are saying that you’re a distraction, and because they don’t want four more years of Trump, maybe you might.

“You want an alternative of four years of Ye. Is that realistic right now in 2020?”

“I’m not running for president – I’m walking,” West replied. West is said by Forbes magazine to be a billionaire, largely thanks to his Yeezy line of trainers.

His presidential bid has been hobbled by a failure to make the ballot in several states.

West has sued Ohio’s election chief in an effort to be placed on the ballot after the Secretary of State deemed him unqualified as an independent candidate.

He has also failed to make the ballot in his home state of Illinois, Wisconsin and Montana, among others.