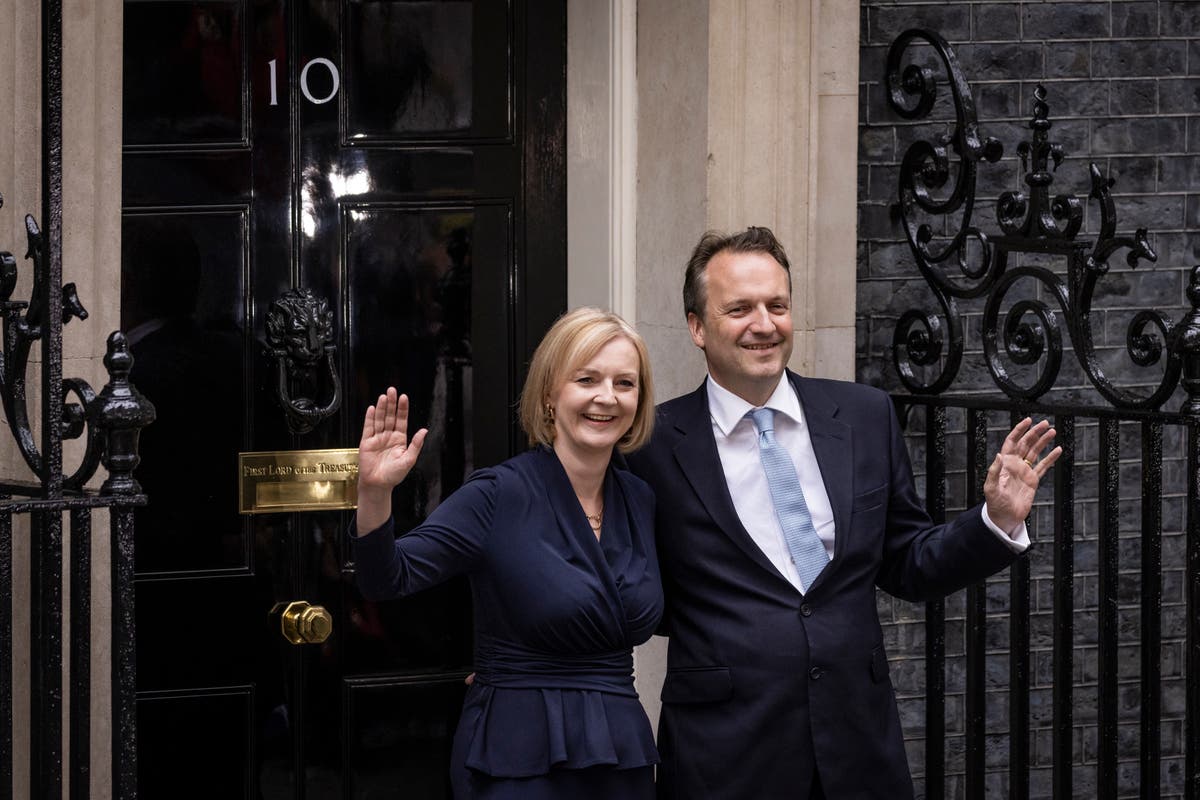 iz Truss faces her first Commons showdown with Sir Keir Starmer after becoming Prime Minister on Wednesday as she picked her top team.

Ms Truss will take part in Prime Minister’s Questions at midday after rewarding her closest allies with Cabinet jobs.

The appointments mean that for the first time in history none of the great offices of state are held by white men.

Ms Coffey, the former work and pensions secretary who is regarded as the Prime Minister’s closest friend in Westminster, replaced Mr Raab as the second in command after he described Ms Truss’s tax plans as an “electoral suicide note”.

And she took on Mr Barclay’s health brief after he too came out in support for Mr Sunak, the former chancellor who Ms Truss beat in a poll of Tory members.

Mr Kwarteng, a long-term ally of Ms Truss’s – whose appointment to No 11 had been widely expected, replaces Nadhim Zahawi in the Treasury.

Mr Kwarteng will set out the Government’s new economic approach to the bosses of major banks after he summoned them to the Treasury for talks on his first full day in office.

Along with the chief executives, the new occupant of No 11 Downing Street invited the leaders of insurers and investment houses for a meeting on Wednesday morning.

He is expected to outline his new growth-orientated approach, including immediate help for families and businesses to help weather the financial difficulties threatening a recession.

Jake Berry, the Ms Truss-backing chairman of the Northern Research Group of Tory MPs, returned to Government after a two-year absence as minister without portfolio.

Penny Mordaunt, who failed to make it into the final stage of the leadership contest after a jump in support for Ms Truss among Tory MPs, was appointed Leader of the House of Commons.

Ben Wallace will continue in the role of Defence Secretary, as he plays a vital role in supporting Volodymyr Zelensky in Ukraine’s fight against Vladimir Putin’s invasion.

Former transport minister Wendy Morton will attend Cabinet as chief whip, making her responsible for party discipline in the Commons.

Ms Truss began the sackings in her House of Commons office shortly after making her first speech outside Downing Street as she formally replaced Mr Johnson.

She said she is confident the nation can “ride out the storm” as she vowed to transform Britain into an “aspiration nation with high-paying jobs, safe streets and where everyone everywhere has the opportunities they deserve”.

“I will take action this day and action every day to make it happen,” she added.

She then headed to No 10 to remake the top of the Government in her own image.

Mr Raab, who was justice secretary as well as second in command to Mr Johnson, had not expected to continue his run in Government, having been a vocal critic of Ms Truss.

The MP for Esher and Walton said: “I look forward to supporting the Government from the backbenches.”

Mr Shapps also tweeted his own exit as Transport Secretary but did not make the same remarks of support for the new Tory leader.

Instead, the Welwyn Hatfield MP said he looks forward to being “a strong, independent voice on the backbenches”.

Mr Eustice pledged to “offer scrutiny” from the backbenches as the Camborne and Redruth MP was sacked as environment secretary.

Shailesh Vara, another Sunak backer, was out as Northern Ireland Secretary, with the North West Cambridgeshire MP saying he would support the Government from the backbenches.

Mr Barclay, the MP for North East Cambridgeshire who had been health secretary for Mr Johnson’s final months in office, wished Ms Truss “every success for the future”.

Ms Patel, who did not endorse any candidate, announced her departure on Monday before Ms Truss even took office after her Home Office job was publicly linked with Ms Braverman.

Johnny Mercer, who did not say who he was backing in the race, said he was “disappointed” to be sacked as veterans’ affairs minister, but accepted the Prime Minister is “entitled to reward her supporters”.

The Plymouth Moor View MP also suggested he could quit the Commons, saying: “I have to accept that I will never possess the qualities required for enduring success in politics as it stands, and to be fair to my wonderful family, I must consider my future.”

Greg Clark said he was out as levelling up secretary, a role he was appointed to as Mr Johnson prepared to announce his own resignation after a series of scandals.

Andrew Stephenson, who remained publicly neutral during the contest as Conservative Party chairman, also said he was leaving the role.

Earlier, Nadine Dorries, who had backed Ms Truss, confirmed that she had been asked to stay on as Culture Secretary but had decided that she also would be returning to the backbenches.

Mr Sunak, the former chancellor whose resignation helped trigger the downfall of Mr Johnson, has also made clear he does not expect to be offered a new job.

His supporters, however, have been urging Ms Truss to appoint an “inclusive” Cabinet and not simply surround herself with loyalists in the way that Mr Johnson was accused of doing.

As Ms Truss embarked on her Cabinet reshuffle, Downing Street revealed she had accepted Volodymyr Zelensky’s invitation to Ukraine.

In a statement, No 10 said the new Prime Minister had reiterated the UK’s “steadfast support for Ukraine’s freedom and democracy” in a call between the two leaders. 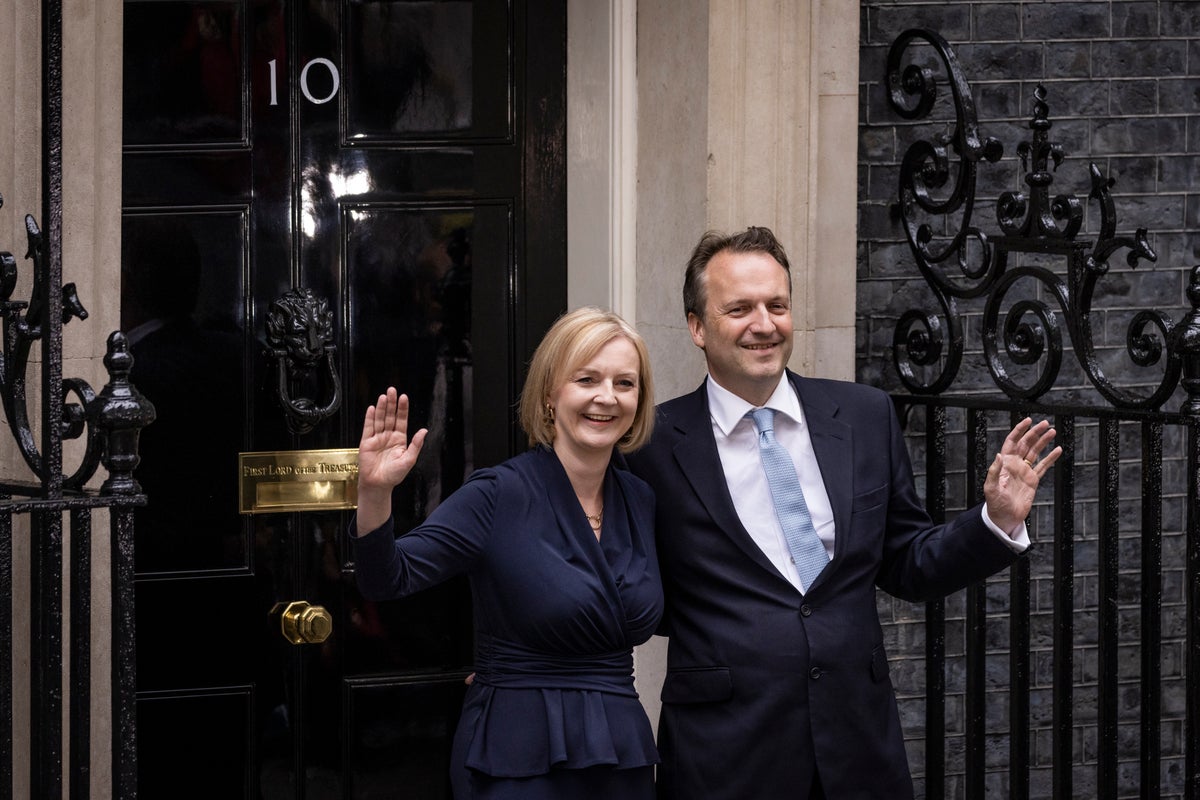