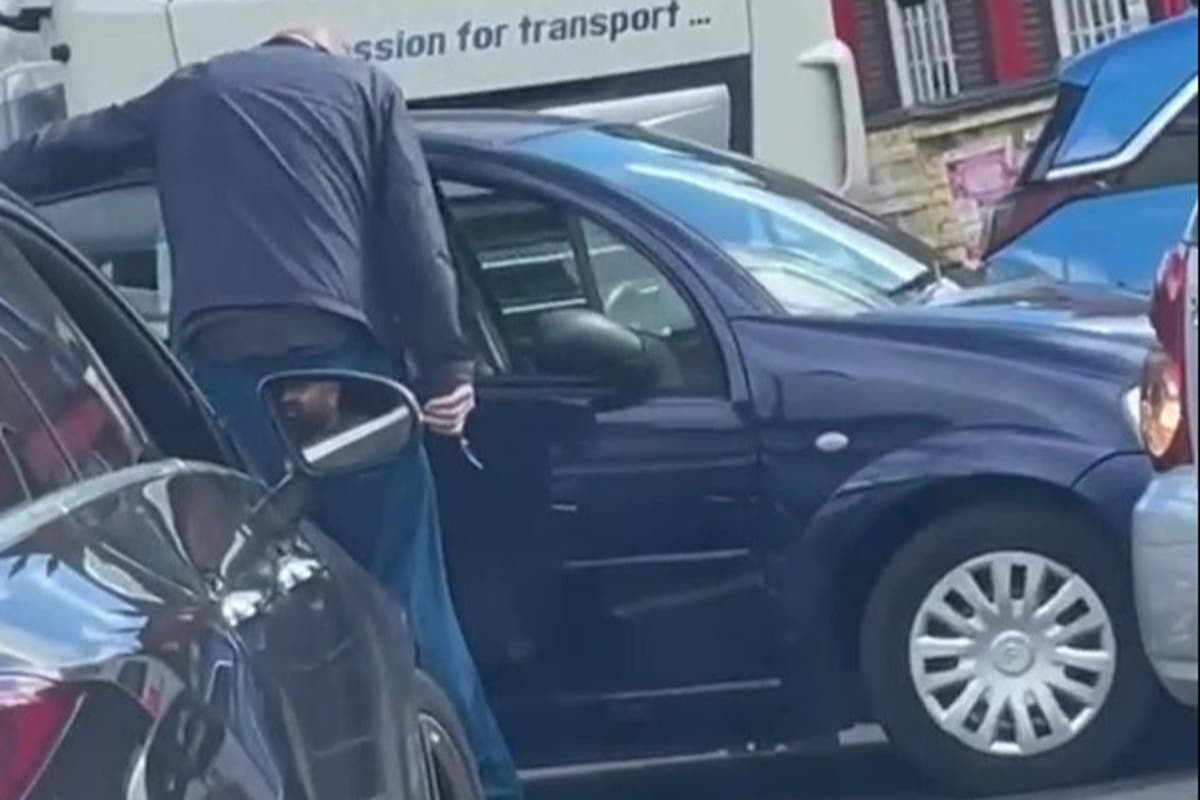 car passenger pulled out a knife on a driver who had allegedly tried to jump the queue at a Londonpetrol station in the ongoing fuel crisis, a witness claims.

The motorist, driving a blue Citroen, had reportedly pushed in to the queue at the Shell garage in Welling, south east London, when he was challenged by a passenger queueing in another car.

Fellow drivers stayed inside their cars as the man walked up to the vehicle clutching a knife before being thrown onto the bonnet on Monday afternoon.

The man allegedly claimed he had been queueing for petrol since 8am but was turned away because the forecourt was empty and then returned appearing determined to get to the pumps.

Stefan Silva, 29, an engineer from Kent, was among motorists who witnessed the chaos unfold in Welling.

He told The Standard: “He tried to queue jump, basically.

“The man was shouting and saying ‘I’m going to slice him. Everybody else has been queueing up for hours. Why don’t you queue up?’

“The man kicked the car and destroyed his wing mirror.

“Everybody was in the same situation but the guy said he had got there first at 8am and told to come back at 1pm after the next fuel delivery.”

Mr Silva said the man holding a knife fled the scene on foot when he intervened.

“He had the knife in his hand still and I called him over,” he said.

“I told him ‘it’s not worth stabbing somebody over trying to get a bit of fuel.’

“I calmed him down and that was it.

“Everybody else stayed in their cars. I think they were more concerned about getting fuel themselves.”

Police confirmed officers were called to reports of a disturbance involving two motorists outside a petrol garage in Bellegrove Road at 2.37pm.

A spokesperson said: “Officers attended and found no trace of either vehicle. No injuries were reported and no suspects were identified.

“We are aware of footage online which appears to show the incident and will review this as part of our ongoing enquiries.”

Fights have been reported at petrol stations across London as forecourts run out of fuel in the HGV driver shortage.

Footage on social media shows a fight erupt between drivers at a petrol station in Camden, north London on Sunday.

Motorists are facing huge queues at the pumps across the country due to panic buying and a shortage of lorry drivers delivering fuel and goods.

Thousands of Londoners including doctors and teachers were forced to work from home on Monday as the capital bore the brunt of the “shambolic” fuel crisis.

Drivers had been warned they could be breaking the law by stockpiling petrol with the Health and Safety Executive warning they can only legally store up to 30 litres at home without informing the relevant authorities.

Rules say that just 20 litres of petrol can be stored in a metal jerry can at home, either in a shed or garage while 10 litres are allowed to be held in plastic alternative containers.