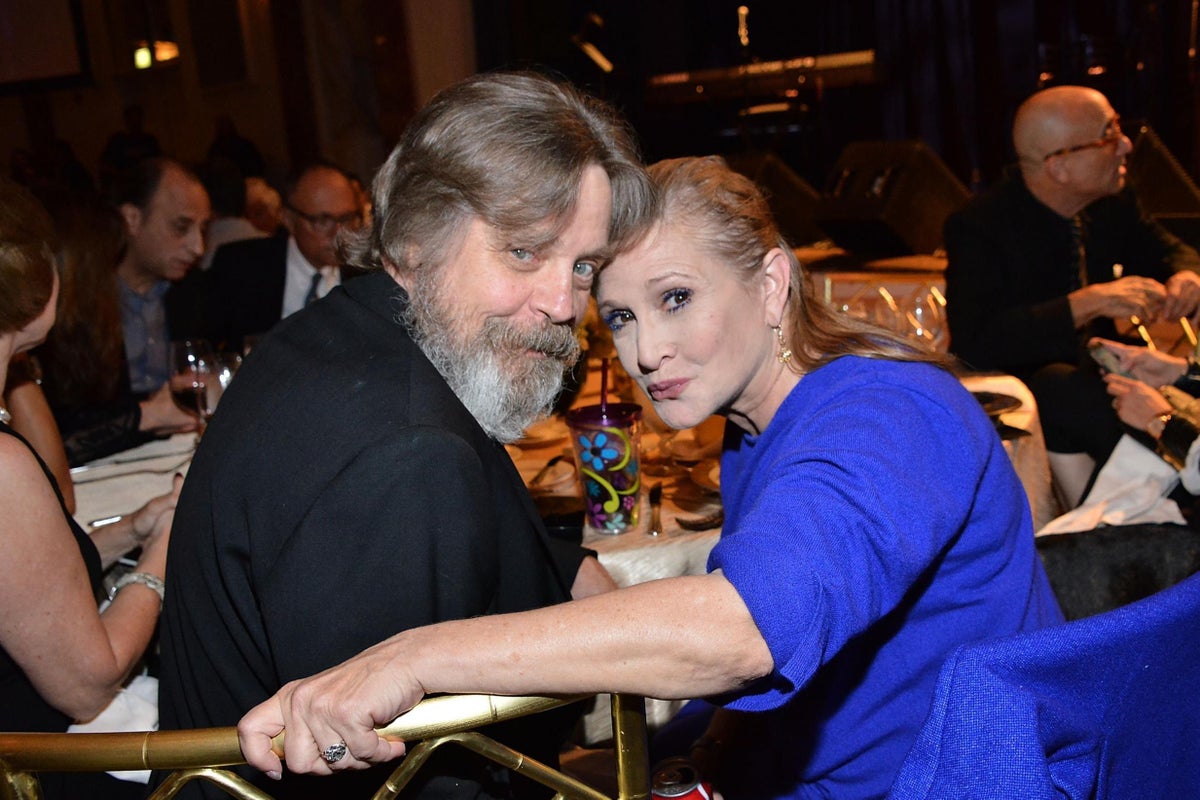 Mr Hamill, 69, tweeted a tribute to her on Sunday.

He tweeted a mock-up of the end credits of Star Wars, which contained a message saying: “In Loving Memory of our Princess Carrie Fisher.”

The pair first starred together in Star Wars film A New Hope in 1977 as Luke Skywalker and Princess Leia.

Alongside an image of her with Fisher, she wrote: “Sending my love and strength to everyone out there that’s missing a loved one they’ve lost.

“Especially those of you who have lost someone during this crazy year. You’re not alone.”

“In our hearts forever, our Princess, General, and friend,” it said in a post alongside footage of Fisher as Princess Leia.

Fisher was 19 when she was cast in the role that defined her career, opposite Hamill and Harrison Ford in Star Wars.

Grenfell survivors say removal timing needs to be their decision