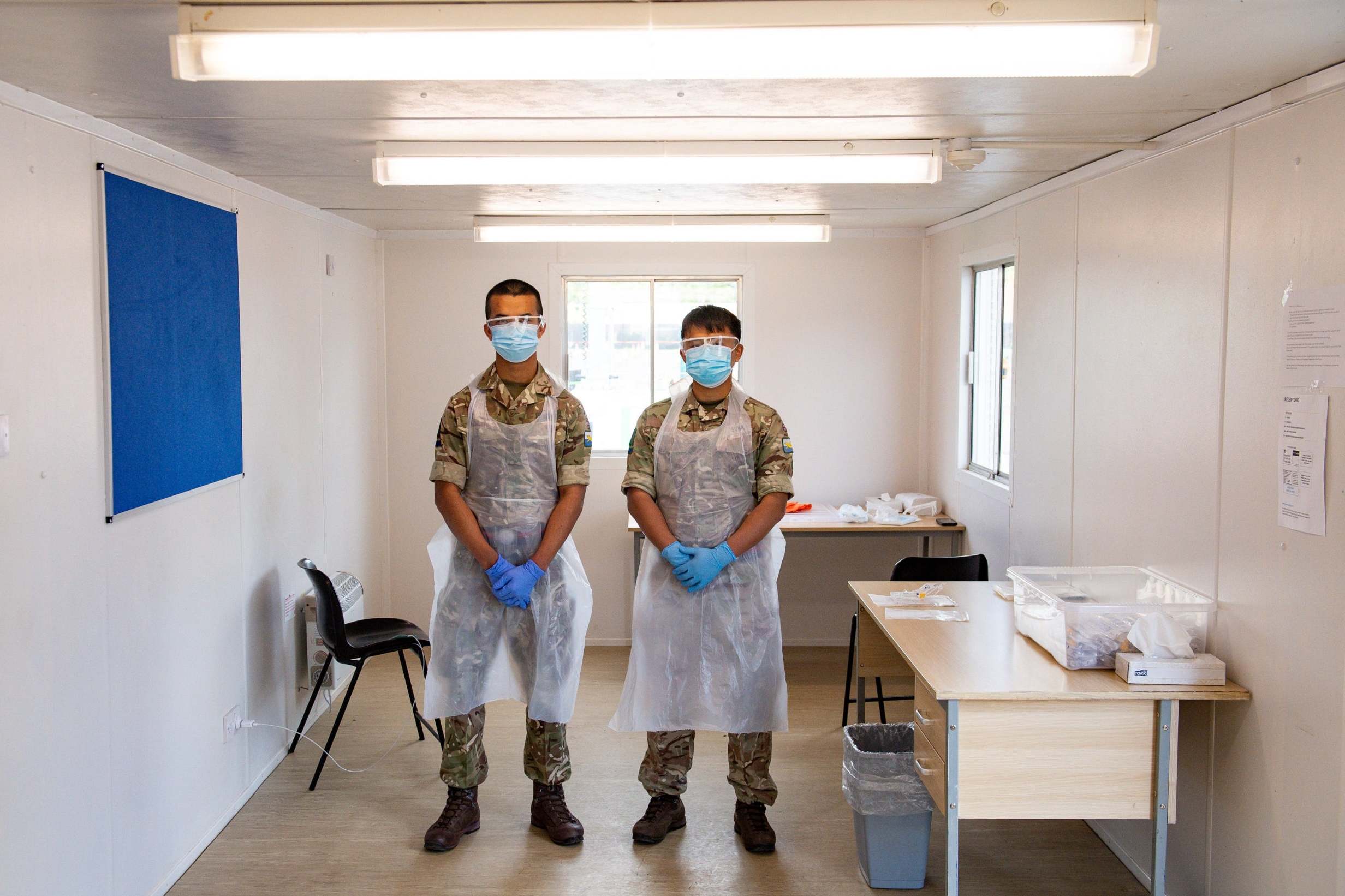 Birmingham City Council is hoping to use the military to provide extra capacity for its door-to-door coronavirus testing service.

As the latest figures showed a rise in the number of Covid-19 cases in the region over the past five days, the council’s deputy leader Brigid Jones said 500 council staff had been redeployed to its “drop-and-collect” testing service.

Ms Jones told a meeting of the West Midlands Combined Authority on Friday that the initiative involved going door to door in high-risk areas offering testing kits to those with or without symptoms.

She said: “We have been in talks with the military about them giving us some extra capacity for drop-and-collect.

“It’s very much in an extra capacity, feet-on-the-ground sense.

“It’s literally just to support the civilian effort side of things and we’ll be in a position next week to confirm whether or not they will be providing extra capacity and how that might be working.”

Ms Jones said of the door-to-door scheme: “We are doing it because these are areas where there are very high levels of Covid and we believe there may be asymptomatic people and other people in the community who haven’t accessed tests.

“We are two weeks into intervention in Birmingham, where we have been asking households not to mix in gardens and homes because those are still the areas where we think we are getting the most cases from, followed by workplaces where social distancing isn’t being observed properly.”

Hospital admissions in the city are described as having been “high but stable” over the last few days, while 6.7 per cent of tests are now coming back as positive, amid a rise in cases among those aged 20-40.


“Our plea to residents would be, if one of our staff knocks on your door, please take up the opportunity to take a test,” Ms Jones added.


Mr Saleem told the meeting: “Since September 20 we have received over 1,000 calls, about 200 on average a day, on Covid breaches, including illegal gatherings and other minor breaches that have been happening.”

West Midlands Police are asking people who see others ignoring Covid regulations to use an online breach report form, or call the force if they witness large illegal gatherings.

The force’s temporary Assistant Chief Constable Claire Bell said: “We are finding there are a small minority that are repeatedly wilfully flouting the rules.”