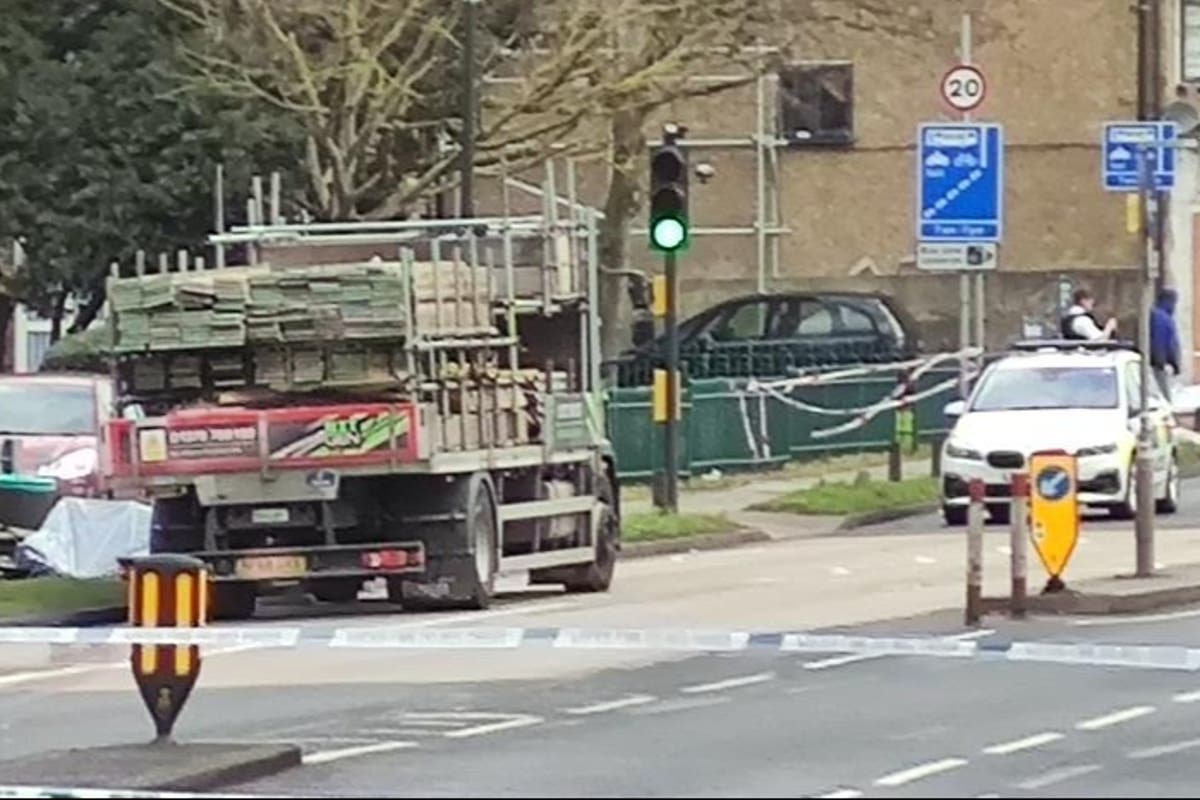 man has been arrested on suspicion of drug or drink driving after a pedestrian was fatally struck by a lorry in south London.

The victim, a man aged in his 30s or 40s, was pronounced dead at the scene in Linden Place, between Baron Grove and Mitcham Park, after the crash at 8am on Monday.

The lorry stopped at the scene. Its driver and two other passengers were seen exiting the vehicle and crying at the roadside following the collision, witnesses said.

Eyewitnesses described the scene as like a “horror movie,” with one saying they would be left scarred by “this awful, sad day” forever.

Merton Police said: “A man was sadly pronounced dead at the scene. We are working to inform his next of kin.

“One male was arrested for the offence of driving while under the influence of drink or drugs.”

Another witness said the driver of the scaffolding truck had been trying to find a place to park to work on her roof. She added that the man who was stuck was likely trying to cross the road at the time.

Anyone with information or dash cam footage that could assist police is asked to call 101 or tweet @MetCC quoting CAD1189/15MAR.