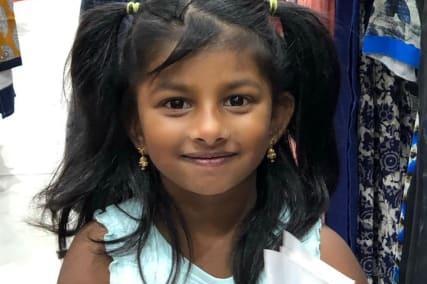 Detectives have launched a murder investigation after a five-year-old girl was found dead in south London.

The girl, named by police as Sayagi Sivanantham, was found lifeless alongside her critically-injured mother in their home in Mitcham on Tuesday afternoon.

Police were called to the address on Monarch Parade at 4pm where they found the five-year-old and a 35-year-old woman, identified as Sutha Karunanantham, with stab wounds.

Sayagi was rushed to hospital but was later pronounced dead.

Ms Karunanantham was also taken to hospital where she remains in a critical condition.

Sayagi’s next of kin are aware and are being supported by specially trained officers, Scotland Yard said.

Although no formal arrest has been made, police are not currently looking for anyone else in connection with the incident.

Detective Chief Inspector Justin Howick said: “This is a tragic incident and we are working very hard to fully understand what has happened.

“Whilst I know the effects of this incident will, understandably, shock and sadden the local community, please be reassured that we are not seeking anyone else in connection with Sayagi’s death and there is no cause for the community to be fearful or alarmed.

“I would like to hear from anyone who feels they may have information that could assist our investigation.”

Superintendent Richard Smith, from the Met’s South West Command Unit, said: “Today a family are grieving for their little girl, and we are doing everything we can to support them.

“This terrible incident has left a family distraught and the local community in shock.

“I would like to pay tribute to the police officers and ambulance service colleagues who responded to this frightening situation and thank them for working so hard to try and save Sayagi.

“She will remain in our thoughts.” 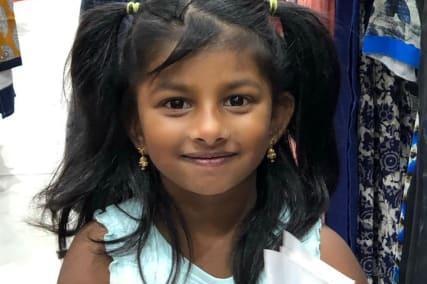