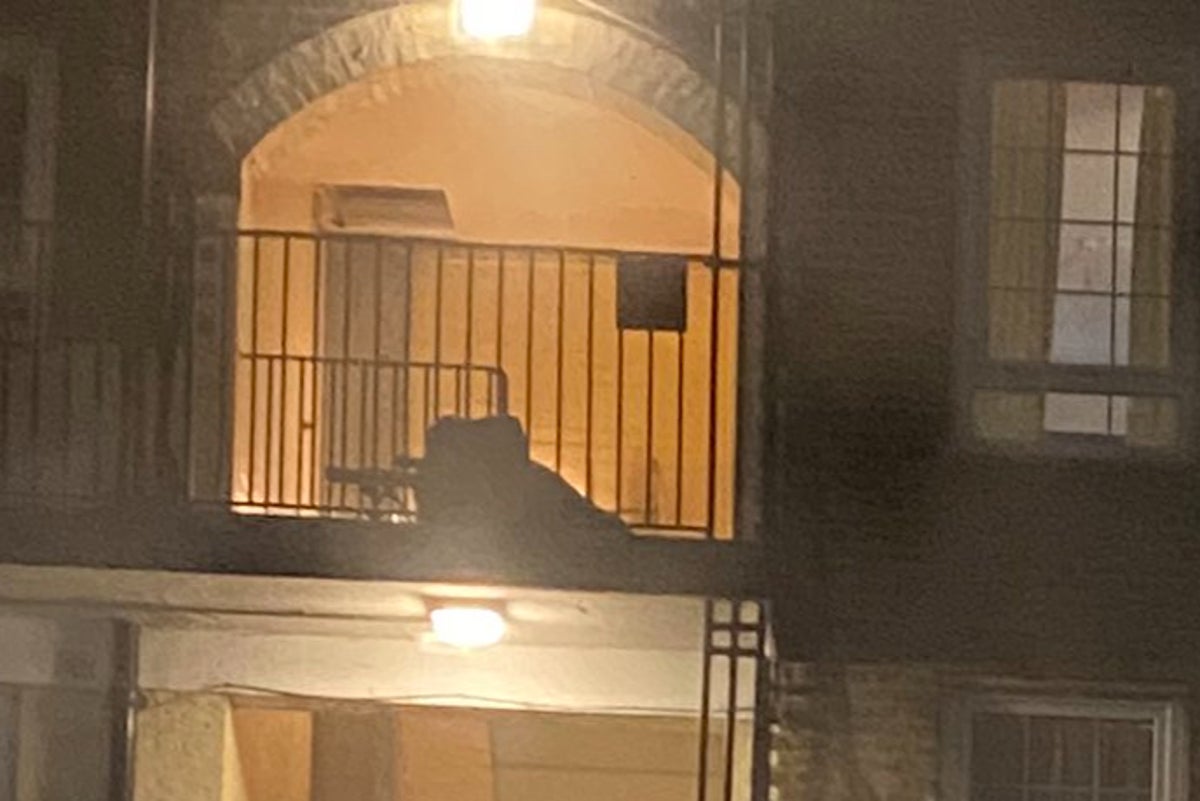 rmed officers and hostage negotiators were scrambled to a man who barricaded himself into a flat after making threats to police near London Bridge.

Police carrying assault rifles were seen rushing to the tower block estate in Great Dover Street at around 3pm today.

Some police snipers wearing night vision goggles were seen pointing their guns at a window in the housing estate.

Residents said they saw two police snipers on the scene pointing at a flat in the block, with others being told to keep away from the windows as armed police move in.

Armed officers entered the property detained the man. He has been arrested on suspicion of affray and making threats to commit criminal damage.

No injuries were reported.

Neighbour’s initially feared the man had taken a hostage but police said they were “confident he was alone in the property”.

Firefighters also brought hoses with neighbours speculating that a man was threatening to start a fire.

Members of the public were cleared from the street after gas was reportedly purposively released from a damaged pipe.

One neighbour told the Standard: “It’s really hard to tell what is going on. I think there were a couple of negotiators on the scene a couple of hours ago.

“There is like a swat team complete with night vision goggles.”

Another told the Standard: “Yes it’s crazy. The police have very big artillery up there and two snipers. I took a couple of pictures and then got away from the windows.

“There was quite a bit of shouting yes even though the place is super scary quiet right now. The snipers, the number of officers and fire trucks don’t make it very reassuring though.”

Police tweeted they were called to a “disturbance” at Selbourne House just south of the River Thames in Southwark.

“On Sat 2 Jan at 1412 hrs police attended a call to a disturbance at Great Dover Street, SE1,” the tweet read.

“Due to threats made to officers, a multi-agency response was coordinated.

“At this time there is no known threat to public.”

A further statement said: “Officers, including an armed response team which was deployed as a precaution, remain on the scene and are speaking to a man inside the property.

“There are no reports of any injuries and officers are confident that nobody else is inside the property.

“A number of nearby buildings have been evacuated as a precaution and several roads are closed. There is no wider risk to the public.”