The Duke and Duchess of Sussex are preparing to welcome a brother or sister for their young son Archie Mountbatten-Windsor.

A spokesperson for the couple said: “We can confirm that Archie is going to be a big brother.

“The Duke and Duchess of Sussex are overjoyed to be expecting their second child.”

The couple shared a black and white picture of themselves, sat under a tree, with Harry resting his hand on Meghan’s head as she lay in his lap cradling her bump.

The photo was taken remotely by longtime friend and photographer Misan Harriman.

Mr Harriman shared the photo on social media, adding: “Meg, I was there at your wedding to witness this love story begin, and my friend, I am honoured to capture it grow.

“Congratulations to The Duke and Duchess of Sussex on this joyous news!”

A Buckingham Palace spokesman said: “Her Majesty, Duke of Edinburgh, Prince of Wales and the entire family are delighted and wish them well.”

It was noted on social media by fans of the couple, that the Valentine’s Day announcement could be a nod to Princess Diana. 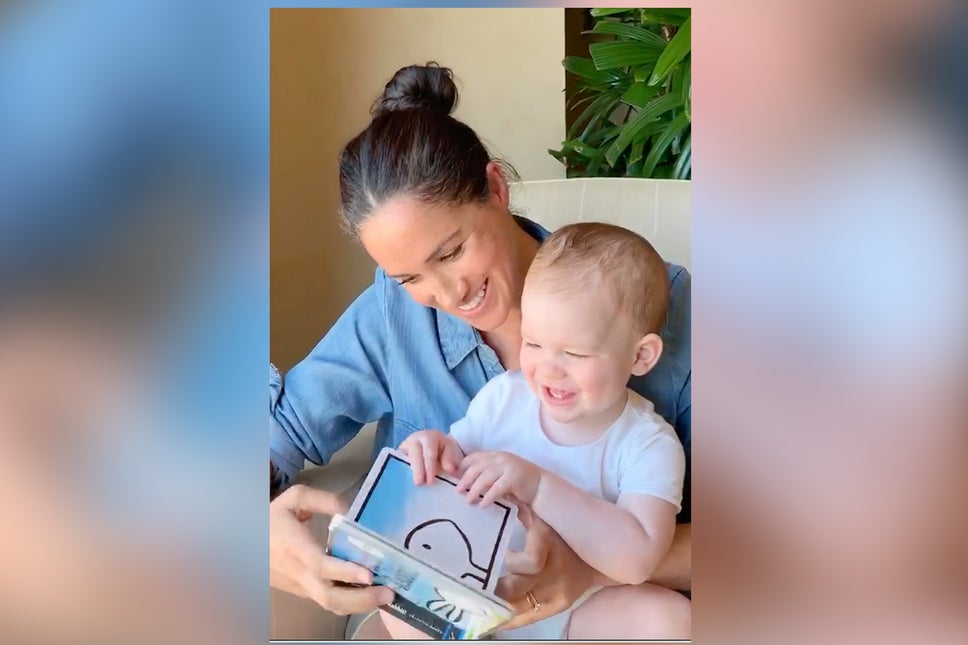 Diana and Prince Charles revealed they were execting their second child, Prince Harry, exactly 37 years ago today, in 1984.

The new royal baby, Eugenie and Jack Brooksbank’s first child, is the Queen and the Duke of Edinburgh’s ninth great-grandchild.

When the Duke and Duchess of Sussex’s new baby arrives, they will be eighth in line to the throne and the Prince of Wales’s fifth grandchild.

In a moving account written for the New York Times, Meghan described her “unbearable grief” and how she tried to keep a “brave face” in public.

The Duke and Duchess of Sussex had openly shared their hopes of having two children to complete their family. It was no secret they dreamed of welcoming a new addition – a baby brother or sister for Archie Mountbatten-Windsor.

Harry told activist and chimpanzee expert Jane Goodall in 2019 that he would only have two children for the sake of the planet.

When Dr Goodall said: “Not too many,” the duke replied: “Two, maximum.”

The Sussexes were over the moon to welcome son Archie on May 6 2019. Harry described Archie’s birth as “the most amazing experience I could ever have possibly imagined”.

The duchess once described motherhood as being on her “bucket list”, while Harry often said he would love to have children, particularly after the Duke and Duchess of Cambridge had their own.

The judge ruled that the publication of the letter was “manifestly excessive and hence unlawful”.

The couple quit their roles as senior working royals in March 2020 in a quest for personal and financial freedom, and now live in an £11 million house in Montecito in California.