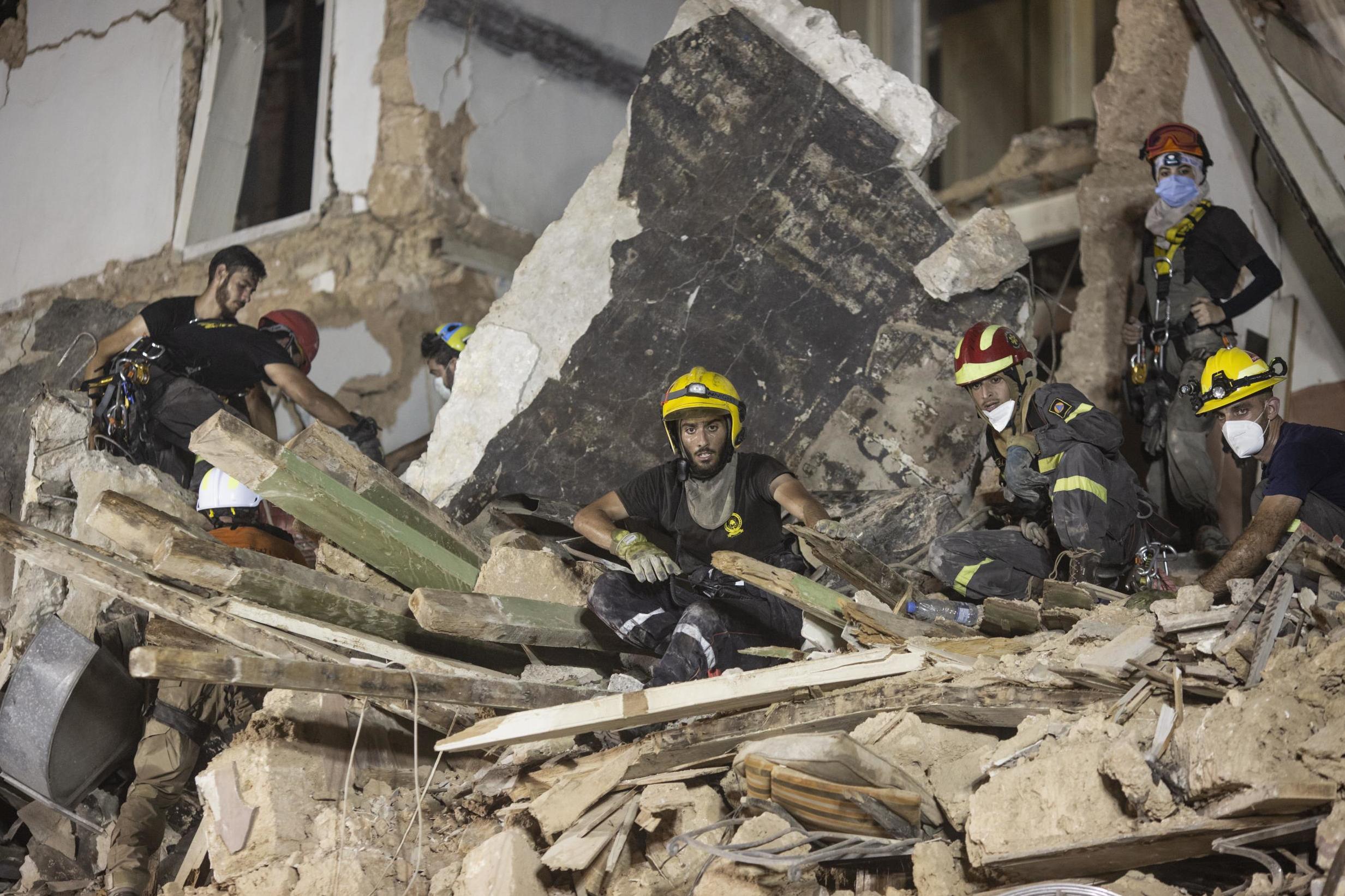 Rescue workers have detected signs of life in the rubble of a building in a residential area of Beirut that collapsed after a huge explosion at a nearby port one month ago.

A team with a rescue dog detected movement under a destroyed building in the Lebanese capital that came crashing down in the blast that killed about 190 people and injured 6,000 others.

“These [signs of breathing and pulse] along with the temperature sensor means there is a possibility of life,” rescue worker Eddy Bitar told reporters at the scene in the Gemmayze area.

After several hours of digging through rubble, however, the operation was halted because the building was deemed too unsafe.

Heavier machinery was required to help lift the rubble safely, a rescue worker said, and it could not be brought until morning.

“There’s a lot of danger to the team,” Michel el-Mur said. “There are 10 of them up there, and we can’t take a risk on a single one of them.”

The team of rescue workers included volunteers who came from Chile, as well as Lebanese volunteers and members of the civil defence.

News of the rescue prompted crowds to form at the site. They grew angry as rescue efforts were paused in a city desperate for hope.

“Shame! Shame! There’s a soul in there!” one woman shouted at Lebanese army members guarding the site.

Earlier in the evening, rescue workers in bright jackets clambered over the building, which had collapsed in the blast. It once housed a bar on its ground floor.

One rescue worker also carried a rescue dog onto the mound of smashed masonry. 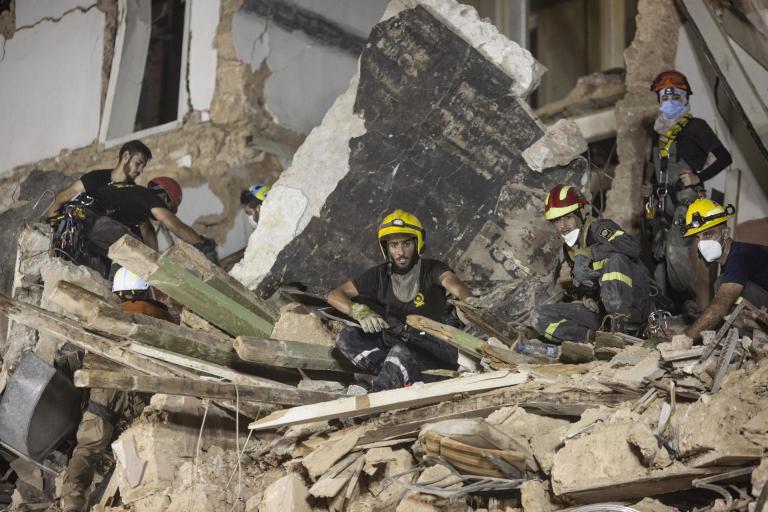