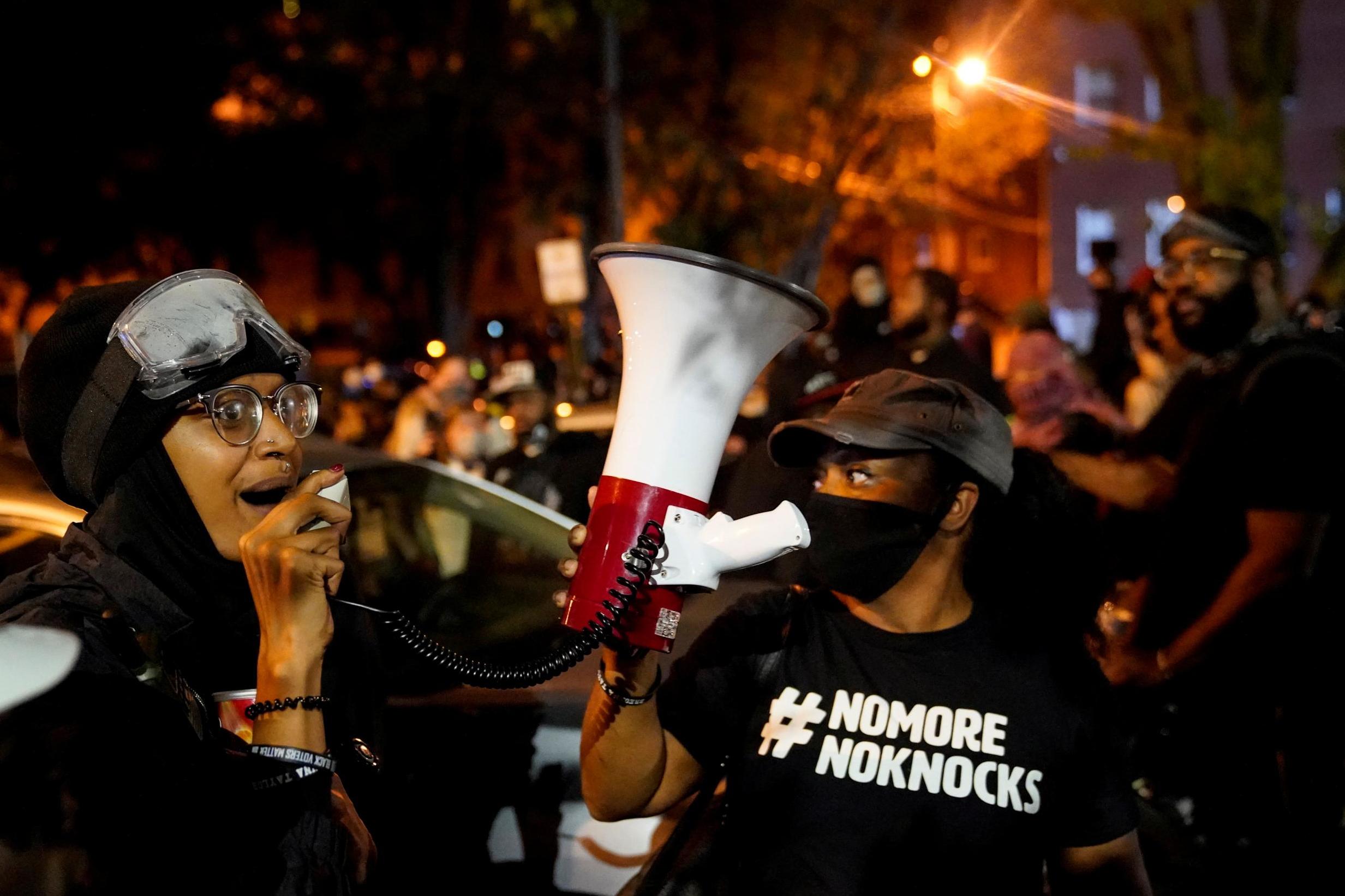 Protests in the US city of Louisville have continued for a second night following a decision not to bring charges against police involved in the fatal shooting of Breonna Taylor.

The anti-racism rallies got off to a peaceful but tense start on Thursday, a day after two policemen were shot during protests sparked by the Kentucky grand jury’s decision on Wednesday.

Hundreds of demonstrators returned to the streets of Kentucky’s largest city, many with fists raised in the air as they chanted Ms Taylor’s name and “No justice, no peace.”

Louisville police chief Robert Schroeder said he expected protests to continue for several days, and a nighttime curfew was extended through the weekend.

The two police officers shot and wounded on Wednesday were expected to recover, he said, and a suspect was taken into custody, one of 127 people arrested during the demonstrations.

Most arrests were for curfew violations or disobeying failure-to-disperse orders.

“For all of us it is a very tense and emotional time,” Schroeder told a news conference on Thursday.


The protests began after the grand jury decided none of the three white officers who collectively fired 32 gunshots as they stormed Ms Taylor’s apartment would be charged with causing her death.

One of the officers was indicted on charges of endangering Ms Taylor’s neighbours with several stray bullets he fired into an adjacent apartment during the ill-fated March 13 raid.

The other two officers were not charged at all.

The raid had been carried out as part of a narcotics investigation.

Ms Taylor, 26, a Black emergency medical technician and aspiring nurse, was struck by six bullets moments after she and her boyfriend, Kenneth Walker, were roused from bed in the commotion of the raid.

The attorney general said there was “no conclusive” evidence that any of the 10 shots fired by former Detective Brett Hankison, the officer indicted on wanton endangerment charges, ever struck Ms Taylor.

His two colleagues, Sergeant Jonathan Mattingly and Detective Myles Cosgrove, used justified force because they were returning fire after Mr Walker shot at them first, wounding Sergeant Mattingly in the thigh, according to Cameron.


Mr Walker has said he fired a warning shot because he feared a criminal intrusion and did not hear police identify themselves.

Protests in Louisville on Wednesday turned violent around nightfall as police in riot gear ordered demonstrators to clear the streets after several fires were set in near a downtown park and outside the city’s Hall of Justice.

Larynzo Johnson, 26, was charged with two counts of assault in the first degree and 14 counts of wanton endangerment. His first hearing was set for Friday.

Police said several businesses were vandalised or looted during the night, but the demonstrations were otherwise mostly peaceful.

The demonstrations were the latest in a wave to grip the country over excessive police force and racial injustice in the months following the May 25 death of George Floyd.

Ms Taylor’s death initially drew little national attention but was thrust into prominence after Mr Floyd’s death and with the help of celebrities such as Hollywood stars and basketball great LeBron James.

Demonstrations under the banner “Say her name!” have been held in Louisville for months. 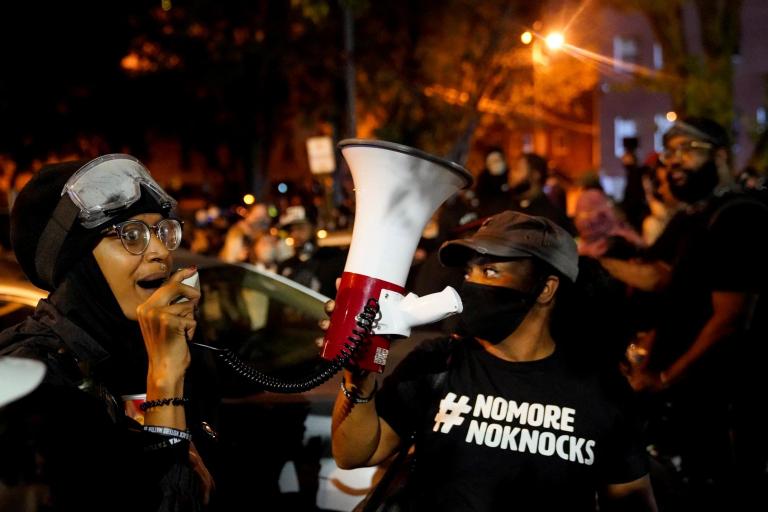