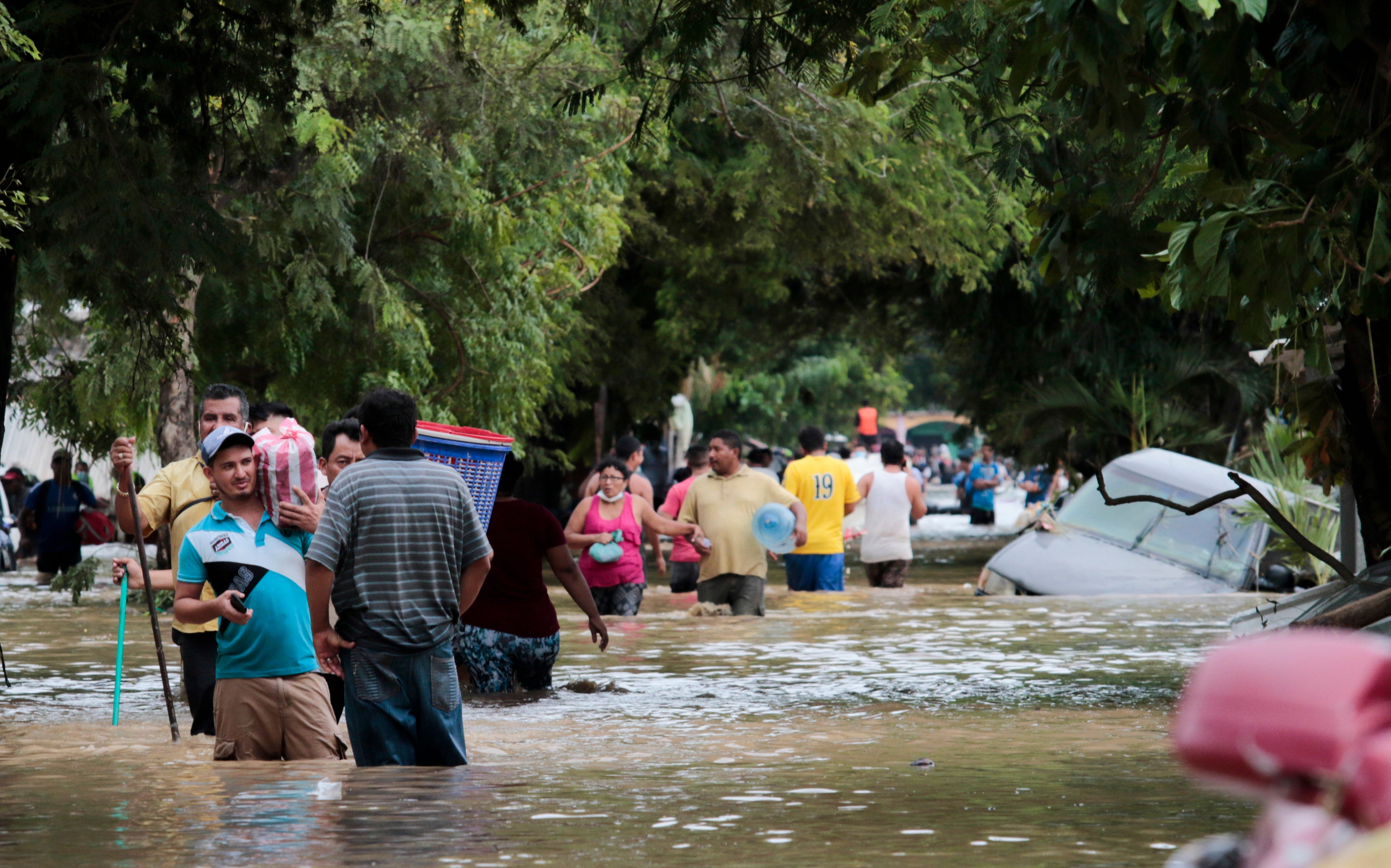 he death toll from storm Eta in Central America soared on Friday after the Guatemalan military reached a remote mountainous village where torrential rains had triggered devastating mudslides – killing around 100 people.

Many of the dead were buried in their homes in the remote Queja village in central region of Alta Verapaz, where about 150 houses had been swallowed by mudslides, Guatemalan army spokesman Ruben Tellez said, citing preliminary figures.

It appeared the area around Queja village had previously had a huge landslide on a road pass a decade ago, which left dozens of people dead, Tellez added.

“Now with all this (Eta) phenomenon it collapsed again,” Tellez said.

In Guatemala, the first army brigade reached a massive landslide Friday morning in the central mountains where an estimated 150 homes were buried Thursday. They had not recovered any bodies yet, but said that more than 100 people were believed to be missing, the army announced.

In a news conference, President Alejandro Giammattei said he believed there were at least 100 dead there in San Cristobal Verapaz, but noted that was still unconfirmed.

“The panorama is complicated in that area,” he said, noting that rescuers were struggling to access the site.

Tropical Depression Eta was centred 115 miles (180 kilometres) east of Belize City. It was moving northeast at 7 mph (11 kph) and had maximum sustained winds of 35 mph (55 kph).

A week of rain spoiled crops, washed away bridges and flooded homes across Central America.

Hurricane Eta’s arrival Tuesday afternoon in northeast Nicaragua followed days of drenching rain as it crawled toward shore. Its slow, meandering path north through Honduras pushed rivers over their banks and pouring into neighborhoods where families were forced onto rooftops to wait for rescue.

Francisco Argenal, chief meteorologist at the Centre for Atmospheric, Oceanographic and Seismic Studies, said as much as 8 inches of rain had fallen in just the past two days in some areas.

The death toll in Honduras rose to at least 21 people Friday, confirmed by local authorities, but the country’s emergency management agency reported only eight.

“We know there are a lot of dead people, we’ve seen them, but until we receive official information we can’t certify them,” explained Marvin Aparicio, head of the agency’s incident command system. “In the coming hours, we are going to start to see, to our regret, Dante-esque scenes of people found dead” as floodwaters recede.

The government estimates more than 1.6 million have been affected. It said rescues were happening Friday in San Pedro Sula and La Lima, but the need was great and resources limited.

With additional reporting by agencies.