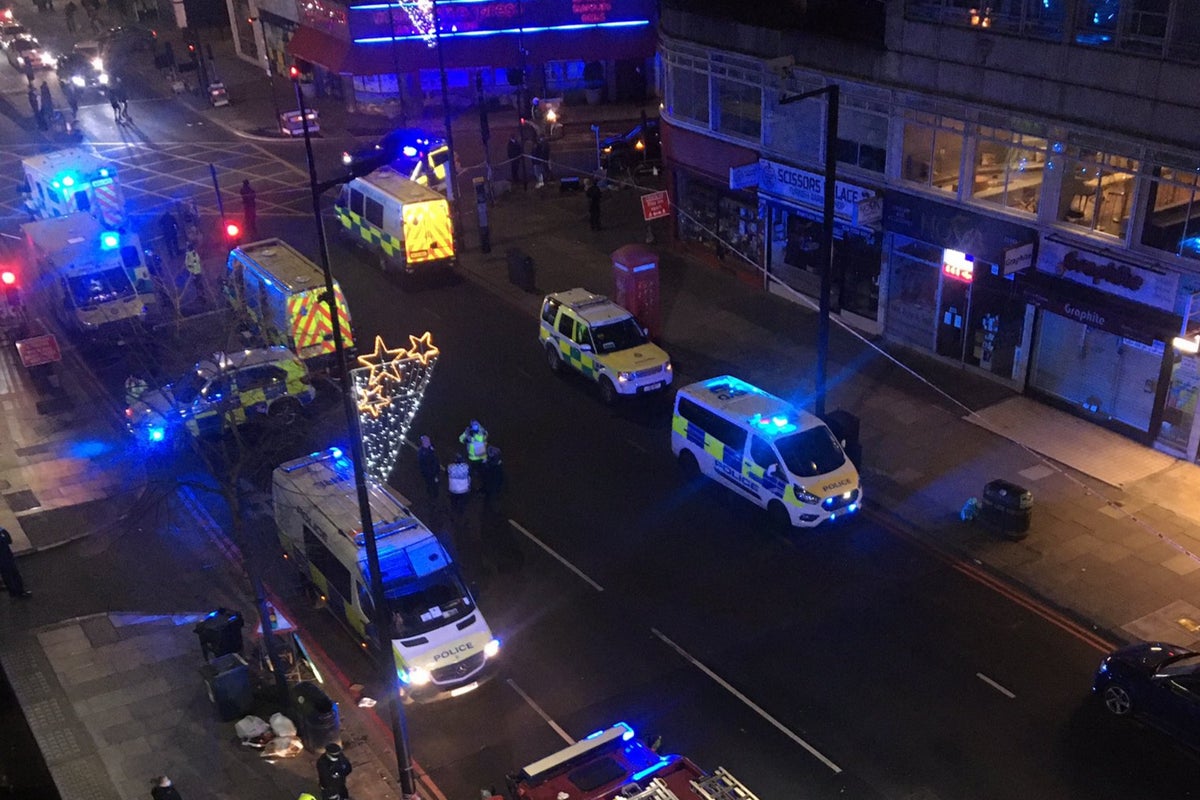 hree people were rushed to hospital just minutes into the New Year after a stabbings in central London.

Police and paramedics were scrambled to the scene in the Edgware Road shortly after midnight on Friday.

Two men were discovered at the scene suffering knife wounds and a woman was found nearby with a head injury.

All three were rushed to hospital. There has not yet been an update from police on their conditions.

One woman was arrested for GBH and taken to a police station, Scotland Yard said.

A spokesperson for the force said: “Police were contacted by London Fire Brigade at 12.32am on Friday to reports of a stabbing on Edgware Road.

“Officers attended the scene, with the London Ambulance Service and HEMs.

“Two males were identified with stab injuries. Both men were taken to hospital.

“A woman was also located at the scene suffering with a head injury, she has been taken to hospital.

“An update on all three conditions await.

“One woman has been arrested for GBH and taken to a police station.”

Ministers to set out plans for Covid ‘booster’ jabs