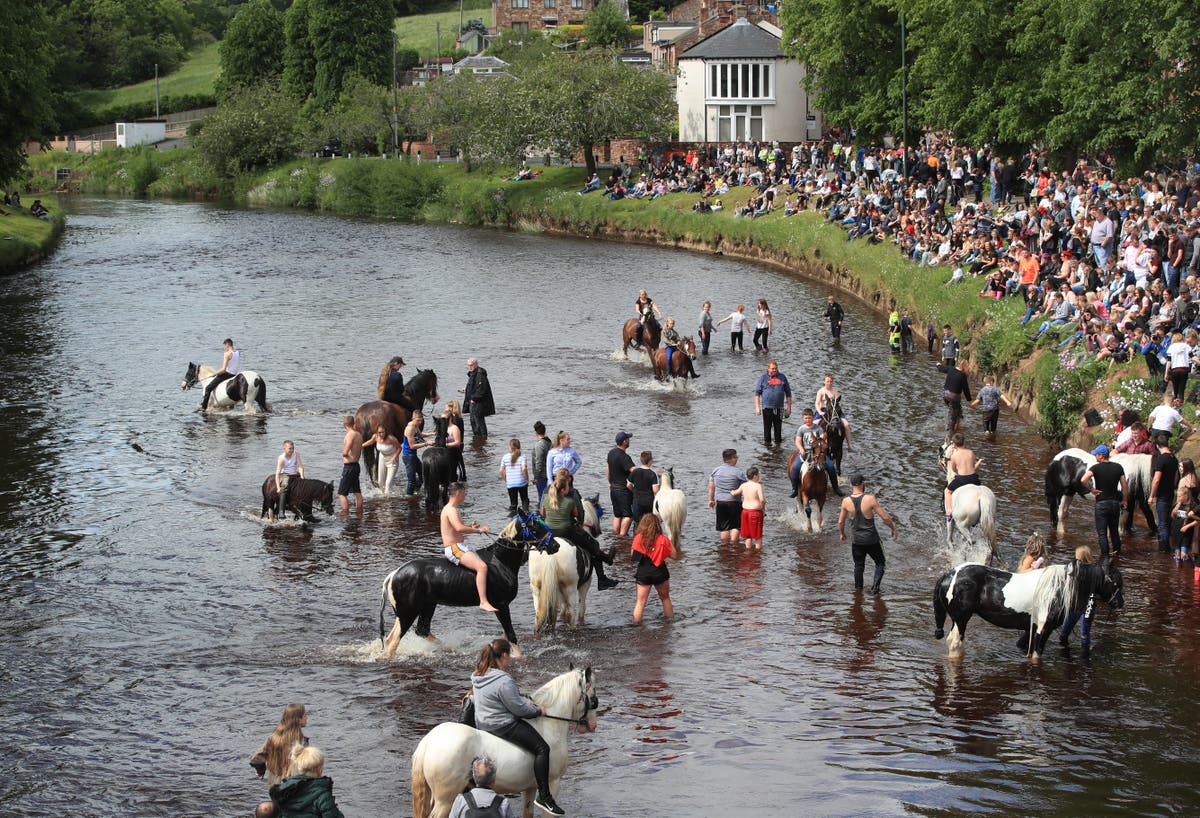 olice have urged people not to travel to Appleby after dozens of Travellers turned up despite the annual horse fair being postponed.

Photographs posted online show visitors lining the banks of the River Eden in the centre of the Cumbrian town on Saturday, with some riding horses and sitting on carts.

The annual event, which normally draws in around 10,000 Travellers and Gypsies from across Europe in the first week of June, was postponed until August this year due to Covid-19.

A spokesman for Cumbria Constabulary told the Cumberland and Westmorland Herald: “Those planning their traditional, annual, horse fair visit were asked to stay away and make plans for later in the summer.

“We are grateful to those who have heeded this message.

“However, a number of people have arrived in and around Appleby today.”

The force said there were Government restrictions on gatherings of more than 30 people and urged people “not to travel to Appleby this weekend.”

A “significant” number of officers were in the town on Saturday, police added.

The Appleby Horse Fair Multi-Agency Strategic Co-ordinating Group announced in April that this year’s fair would take place from August 12.

It comes as the event was cancelled in 2020 due to the pandemic – only the second time in its 250-year history.