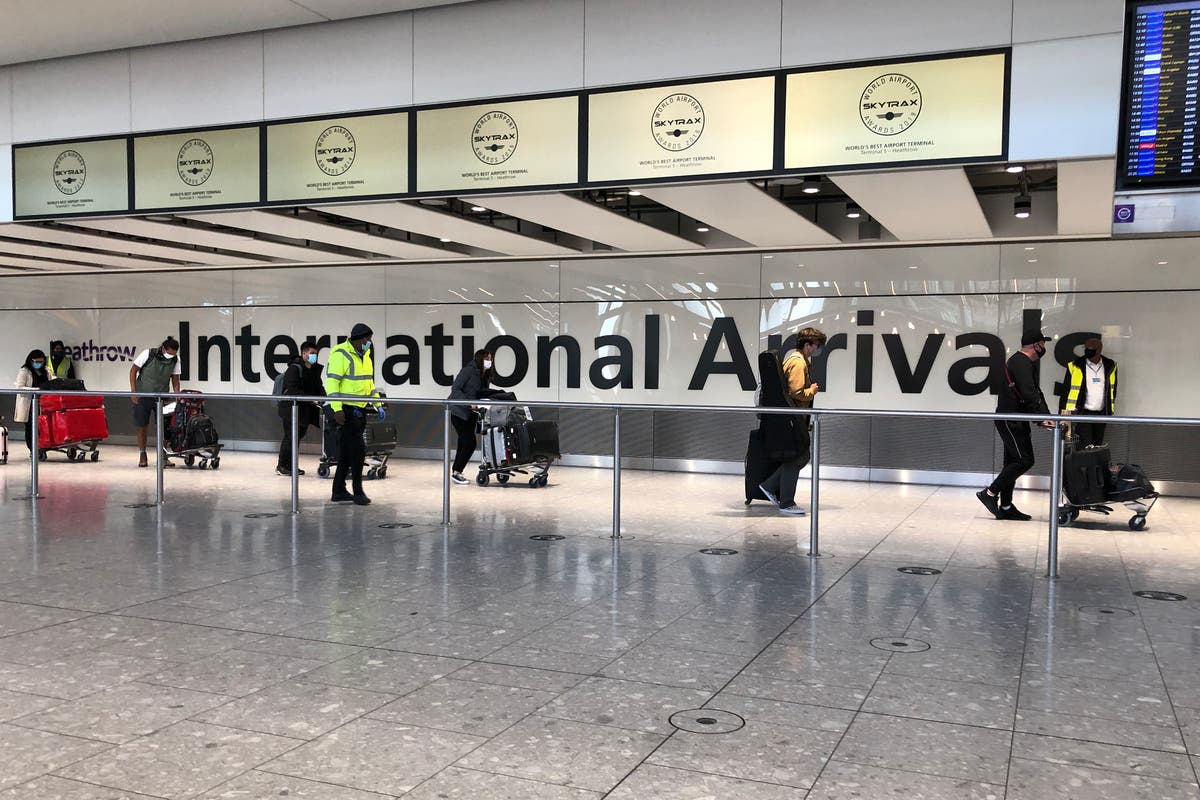 t least 20,000 passengers travelling from India were allowed to enter Britain despite warnings about a new strain that had emerged there.

The rise of the new variant has caused tensions in Whitehall about whether the prime minister hesitated to put India on the red list because of plans to visit Delhi on April 25 to discuss a post-Brexit trade deal with India’s prime minister, Narendra Modi.

A source who attended a Whitehall war gaming exercise on Thursday told the Sunday Times: “It’s very clear that we should have closed the border to India earlier and that Boris did not do so because he didn’t want to offend Modi.”

Indonesia pauses distribution of a batch of AstraZeneca vaccine

Indonesia is temporarily halting distribution of one batch of AstraZeneca vaccine to run tests for sterility and toxicity following reports of adverse effects after immunisations, the health ministry said on Sunday.

The batch consists of 448,480 vaccine doses that arrived in the southeast Asian nation last month, part of a delivery of more than 3.85 million doses.

Some of the doses have been distributed in part of the capital, Jakarta, and the province of North Sulawesi, the ministry said in a statement.

A growing number of experts have issued warnings over the major easing of restrictions on Monday which ministers are pushing ahead with despite concerns over the Indian variant.

The Scientific Advisory Group for Emergencies (Sage) said there is a “realistic possibility” the strain is 50 per cent more transmissible than the one that emerged in Kent.

“If we are following data not dates, it is surprising that the road map is going ahead without adjustment,” the University College London academic said.

And Professor Kit Yates, a member of the Independent Sage committee of experts, suggested a delay of a fortnight would buy the nation valuable time to progress with the vaccine programme.

“The more people we can vaccinate, the safer we become,” he told the Observer.

People in Wales will be allowed to drink a pint inside a pub for the first time in more than five months when indoor hospitality reopens on Monday.

Entertainment venues like cinemas and all tourist accommodation can also reopen, along with indoor service in hospitality businesses as the country moves to alert level two.

Buying an alcoholic drink inside a pub, bar or restaurant has not been allowed in since December 4, with all hospitality businesses forced to close except for offering takeaways when Wales went into lockdown on December 20.

Monday’s easing of rules will see Wales move to alert level two, with First Minister Mark Drakeford saying last week it was prompted by levels of coronavirus remaining low and vaccination rates being the highest in the UK.

Welcome to the Standard Coronavirus Live Blog on Sunday, May 16