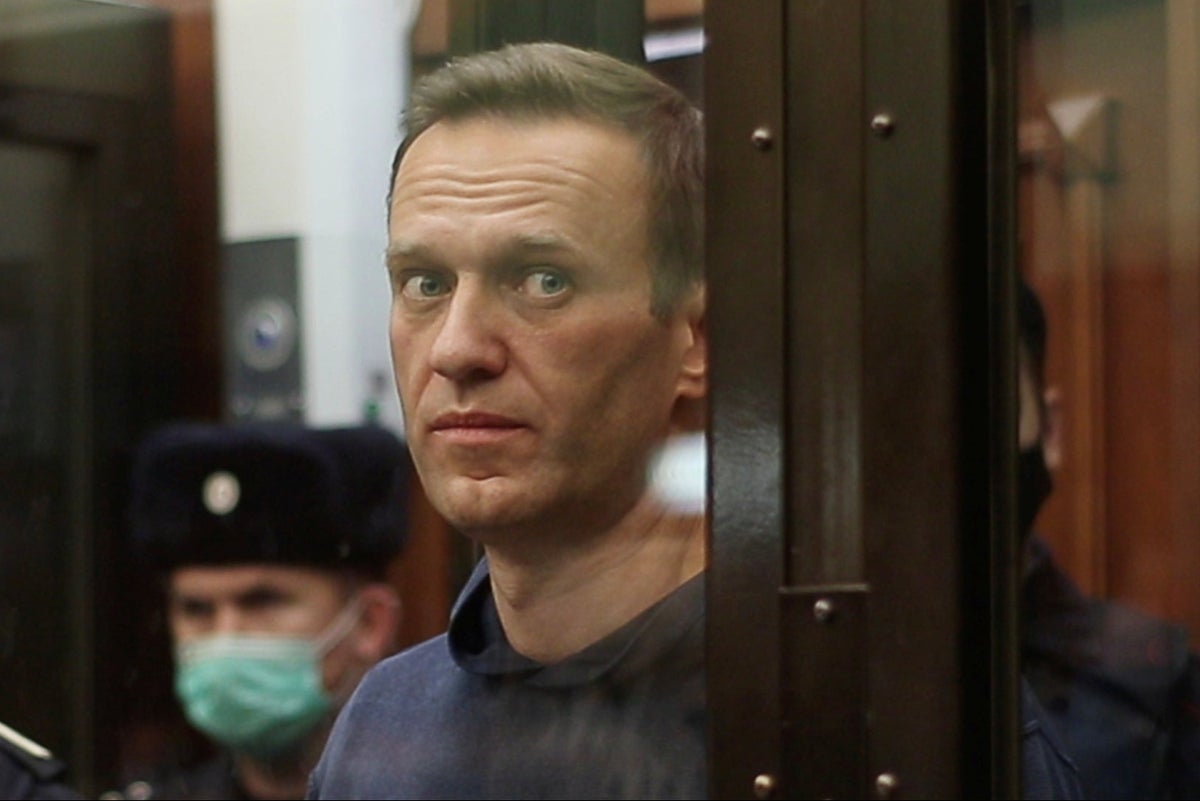 he UK has demanded the immediate release of Russian opposition leader Alexei Navalny after he was imprisoned on charges of violating the terms of his probation while recuperating from nerve-agent poisoning.

Mr Navalny, who is the most prominent critic of president Vladimir Putin, was arrested after returning to Russia from Germany where he was recovering following the attack. He was sentenced to three and a half years in jail on Tuesday.

The 44 year old appeared at the Simonovsky District Court in Moscow over allegations he broke the conditions of a suspended jail sentence in 2014 for money laundering. He had already spent  11 months under house arrest so will serve two years and eight months his lawyer said.

Mr Johnson wrote on Twitter: “Alexey @Navalny’s decision to return to Russia after being poisoned was a truly brave and selfless act. In contrast, today’s ruling was pure cowardice and fails to meet the most basic standards of justice.

“Alexey Navalny must be released immediately.”

Foreign Secretary Dominic Raab called for the release of Mr Navalny as well as protesters who had been detained after taking to the streets to support him.

Mr Raab demanded the “immediate and unconditional release” of Mr Navalny, along with the “peaceful protesters” and journalists who have been detained in the fortnight following his return to Russia and arrest.

“Today’s perverse ruling, targeting the victim of a poisoning rather than those responsible, shows Russia is failing to meet the most basic commitments expected of any responsible member of the international community,” Mr Raab said.

Mr Navalny has dismissed the 2014 embezzlement conviction as fabricated.

The Russian authorities have denied involvement in the nerve agent attack on Mr Navalny in August, but he has blamed the Kremlin.

The UK believes there is “no plausible explanation for Mr Navalny’s poisoning, other than Russian involvement and responsibility”.

French President Emmanuel Macron has said the detention is “unacceptable”.

More than 300 protesters were outside the court to demand Mr Navalny’s release.