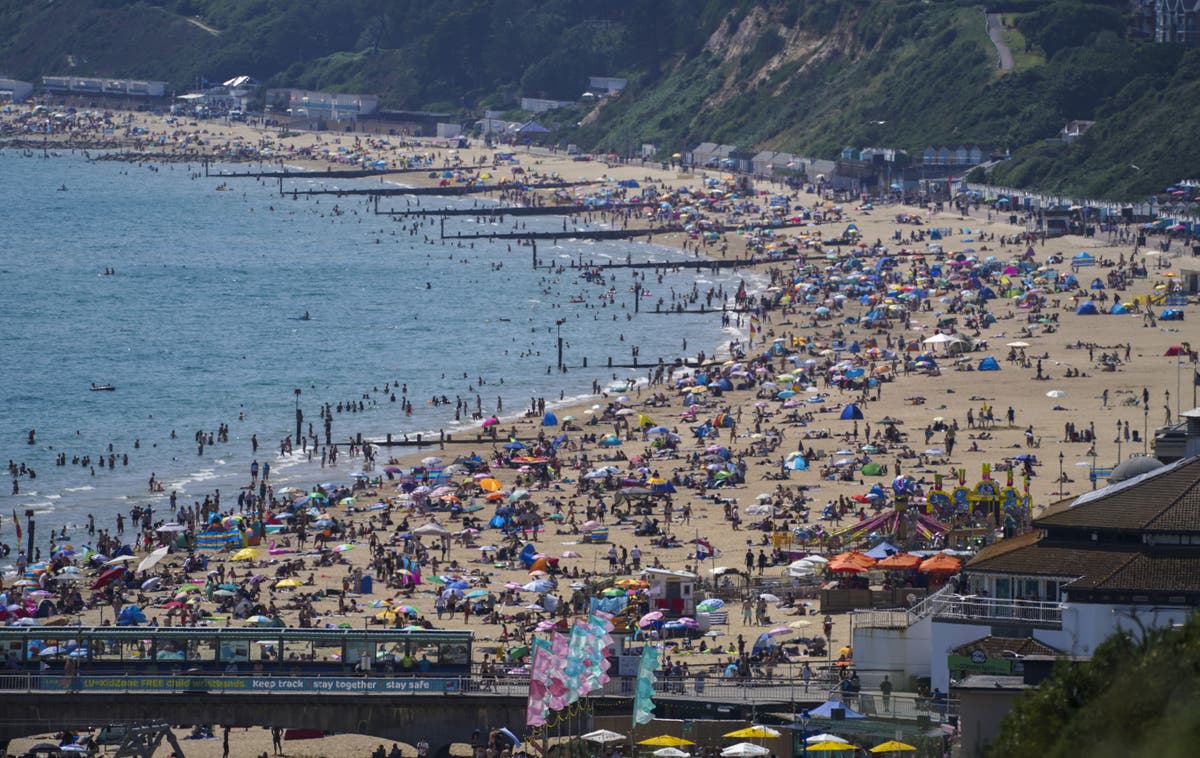 ritish weather is expected to have a late Autumnal resurgence with the mercury set to strike same levels as Los Angeles.

Temperatures are expected to hit at least 20C all over England and Wales on Friday, with some towns and cities reaching peaks of 22C.

This just beats the typically warm Barcelona and Los Angeles which are both expected to hit 21C over the weekend.

Brighter skies and warm weather are set to be maintained until at least Sunday as a sub-tropical front is drawn in from the South West.

In London, sunny weather is reported to peak at 18C on Saturday afternoon far above the average 15C for this time period in mid October.

However, those hoping to get in the sea in Eastbourne may still need a wet suit.

Temperatures will only reach 17C across Sussex on Saturday.

High pressure and mostly dry conditions are likely to then dominate the UK for much of mid October.

Only the occasional spells of rain are likely in the north and east at times.

But people should make the most of the blast of summer as the longer-term forecast predicts the weather to turn colder.

Senior meteorologist at the Met Office Greg Dewhurst told The Mirror: “We’re now entering the time of the year when the change in conditions becomes really noticeable.

“As we enter October it certainly will get colder. Although snow is not forecast imminently, there is always a real chance in the weeks ahead. It is not uncommon at this time of the year.

“We have already seen snow in Scotland, and we could see some in other parts of the UK further down the line.”