oters are preparing to head to the polls to have their say in a host of local elections across the UK on Thursday.

The Conservatives will find out in the coming days as votes are tallied whether they will be made to pay the price for the so-called partygate saga in Downing Street, which has seen Prime Minister Boris Johnson and Chancellor Rishi Sunak fined for breaking coronavirus laws.

Oliver Dowden, the Tory Party chairman, looked to emphasise to the electorate the local choice they are making amid reports that some candidates had attempted to distance themselves from Westminster during campaigning.

In a statement to mark polls opening, Mr Dowden said: “The elections today are about one thing: who do you want running your council?

“The choice couldn’t be starker – between Conservatives who keep council tax down and offer good services, or the opposition parties who waste money on political games and vanity projects.”

Education minister Michelle Donelan argued that Mr Johnson was “an asset, not a liability” in elections.

Ms Donelan told Sky News she could “understand” why councillor hopefuls wanted to show they are “going to be working hard on all of those things that impact daily life” rather than focusing on what is happening in Westminster.

Environment Secretary George Eustice acknowledged that “all prime ministers will always be very conscious of the mood in their parliamentary party”, in response to speculation that poor results on Thursday could lead to more letters of no confidence from Tory MPs.

Mr Johnson, during a visit to Southampton Airport on the last day before polls opened, stressed that he was “absolutely confident” he had the “right agenda for the country”.

Tory supporters are likely to anxiously be watching out for results in true-blue London local authorities such as Wandsworth – under Conservative control for the past 44 years – Westminster and Barnet where pollsters YouGov believe Labour could cause an upset.

As well as partygate, the Tories have been hit with a string of controversies, including former Wakefield MP Imran Nasir Ahmad Khan being found guilty of sexually assaulting a teenage boy and veteran MP Neil Parish quitting after admitting he watched pornography in the Commons.

Sir Keir said the Government had broken the Covid regulations they had put in place “over and over again” and said the Tory “failure” to tackle the cost of living crisis had been a “disgrace”, along with the Chancellor’s decision to hike national insurance last month.

Writing in the Daily Mirror, Sir Keir said: “The British public shouldn’t have to put up with a Government that refuses to take seriously the very real issues facing you and your family.”

There have been Tory calls for Durham Police to look into whether the opposition leader broke Covid rules while campaigning before the 2021 Hartlepool by-election.

But Sir Keir said it was a “smear” to suggest he breached the regulations while having “a takeaway and a beer while I was working late at night”.

Sir Ed Davey, leader of the Liberal Democrats, said voters on Thursday have a chance to “send Boris Johnson a message he can’t ignore”.

“The Conservatives have failed to deal with the cost of living crisis, voted to pollute our rivers and abandoned our ambulance services,” he said.

“Whether it’s Somerset or Stockport, Winchester or Wimbledon, St Albans or South Cambridgeshire, I’ve spoken to lifelong Conservative voters who feel utterly taken for granted by a law-breaking Prime Minister and a tax-hiking Chancellor.”

The Lib Dems are hopeful of causing an upset in Hull by dislodging it from Labour’s control, while also vying for victory against the Tories in places such as Wokingham and Sutton.

In England, more than 4,000 councillors in 146 councils will be standing for election in major cities including Leeds, Manchester, Birmingham and all 32 London boroughs.

All 32 councils in Scotland and all 22 in Wales will also be holding elections, with polls open between 7am and 10pm.

Meanwhile, tensions were high in Northern Ireland ahead of Stormont elections where voters will go to the polls across 18 constituencies to elect 90 MLAs.

Opinion polls have suggested Sinn Fein is likely to top the poll, and the Alliance Party is tipped to have a surge in support. 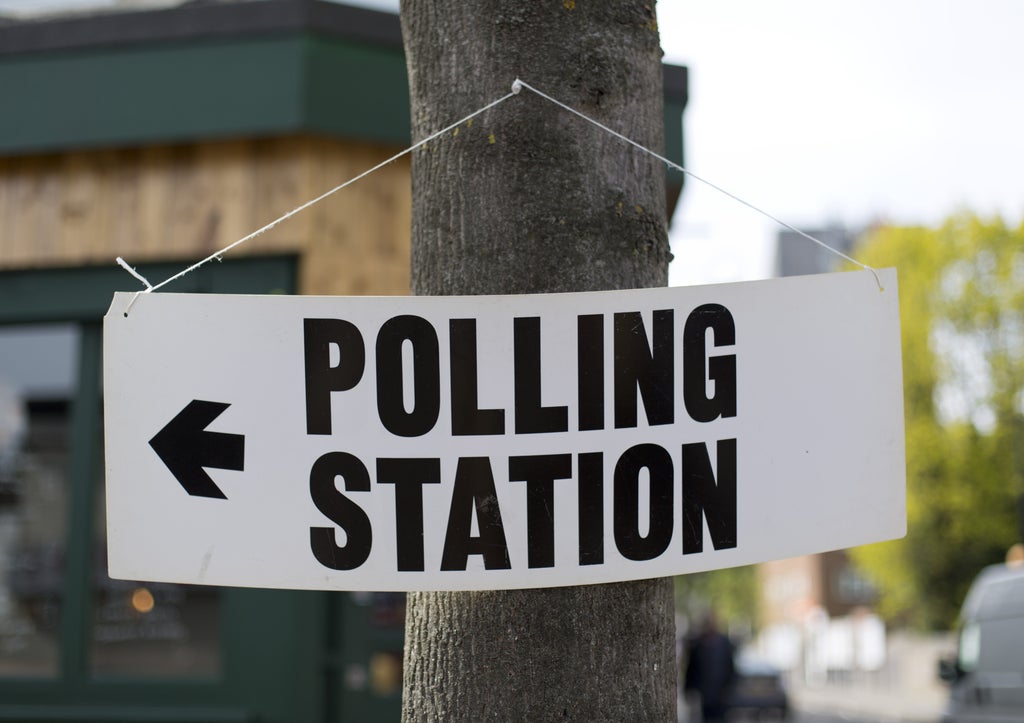 Clare Balding on CBE: ‘I’m so surprised and truly thrilled’