oris Johnson is facing Prime Minister’s Questions for the first time since his resignation last week, as the list of candidates to replace him is set to be whittled down.

The eight candidates remaining – Rishi Sunak, Liz Truss, Tom Tugendhat, Kemi Badenoch, Penny Mordaunt, Jeremy Hunt, Nadhim Zahawi and Suella Braverman – were on Wednesday morning scrambling to secure the backing of at least 30 MPs to get through the first round of voting – with results expected at 5pm.

Mrs Mordaunt, in making her launch, said she was the candidate that Labour “feared the most”.

It comes as Mr Sunak’s bid to be Tory leader and Prime Minister picked up further momentum with the backing of Health Secretary Steve Barclay on Wednesday.

The support of Brexiteer Mr Barclay, from Lancashire and representing North East Cambridgeshire, is a further sign of Mr Sunak winning over MPs from across the country. He is now believed to have the backing of at least around 50 MPs.

Boris Johnson has arrived at the House of Commons ahead of today’s PMQs.

He will likely be grilled on Labour’s blocked no confidence vote and whether he should continue in office over the summer.

We’ll have all the latest here.

Braverman: I am the only authentic Brexiteer running

Ms Braverman, leaving the 92 Group hustings, said she was the “only authentic Brexiteer” running to replace Boris Johnson.

The Attorney General and her team appeared in a confident mood ahead of the first ballot of the leadership contest.

She said she had received “friendly questions” from the group, which is chaired by Tory MP Bill Wiggin.

“My offering is the most popular among Red Wall voters,” she said.

Kemi Badenoch is currently being grilled by the group.

Braverman: May the best Tory win

Conservative leadership contender Suella Braverman appeared in a good mood as she arrived at the 92 Group hustings.

“May the best Conservative win,” she said as she arrived.

Ms Braverman praised the “great array of talent” and said she was enjoying the contest.

“We will unite behind whoever wins, fairly and squarely.”

Mordaunt: I know what a biological woman is

Asked about whether she will continue the “war on woke”, Ms Mordaunt says she believes the country should be talking about the cost of living crisis.

She references the ongoing debate over her support of trans rights, which has become a significant issue for Tory MPs during the leadership contest.

“Margarat Thatcher once said that every Prime Minister has a w*****. As a woman, I can tell you I do not have one.”

Asked how she would define a woman, she says: “If you have served in the Navy, you understand the biological difference between men and women.”

Mordaunt: I am the candidate Labour fear the most

“I am the candidate that Labour fear the most,” Ms Mordaunt says.

“I’m one of the best prepared candidatest in this contest. I have served in a huge number of ministerial positions and in the private sector.

“I have thought deeply about where our country is at.”

“My party has been through a lot but we have stamina,” she says, highlighting the stoicism of the British people during the Covid pandemic.

“I can and we will deliver,” she adds.

Mordaunt: I will address NHS backlog

Ms Mordaunt promises to address the NHS backlog and the “stagnation” in house-building.

“I want to align Government planning cycles of those in business and the charity sector which are already aligned. This will give us huge opportnities to co-fund and do more for our citizens.”

Ms Mordaunt says the British public is “fed up of divisive politics”.

“Whitehall is broken… we need a tighter Cabinet, ministers of state that have clear and timely deliverables that are powerful and reach across Whitehall.”

She pledges to “modernise Government”, and move “at the speed that sience and business needs us to”.

“My key fiscal rule is that debt as a percentage of GDP will fall over time… and my supply side reforms will yield a Brexit dividend.”

Mordaunt: UK doesn’t need a new role in the world

Penny Mordaunt has begun a campaign speech at Westminster.

She opens her speech by highlighting the “duty and sacrifice” of those in the British Army who served in the Falklands War.

“We don’t need a new role in the world, we just need to be ourselves,” she says. 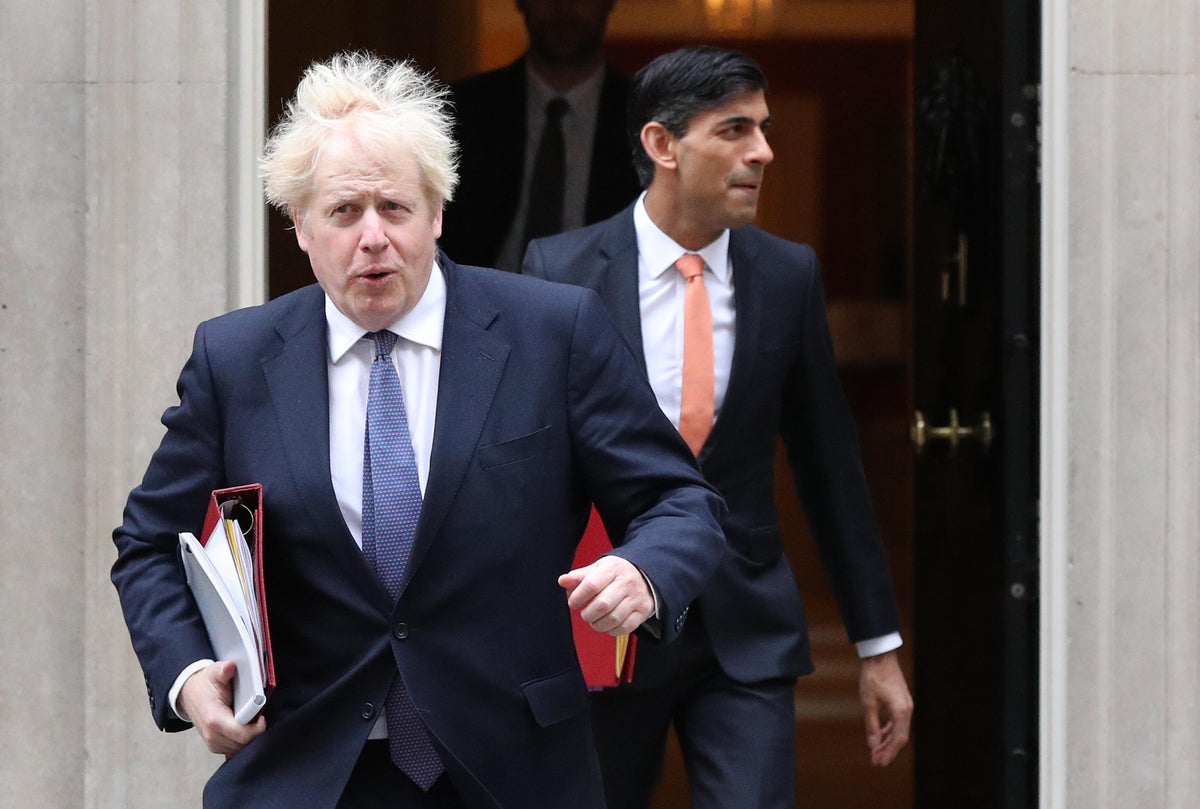