he fate of pensions in the imminent autumn budget is splashed across some of the Tuesday papers.

A suggestion from Rishi Sunak that the pensions triple lock will be reinstated following a year-long suspension is front page of the Daily Express and The Independent.

The Daily Mirror leads with an interview with actor Ricky Tomlinson, who warns some pensioners may die if the Prime Minister does not keep the triple lock.

Labour leader Sir Keir Starmer is on the i saying taxes should be hiked for major multinational businesses and non-doms in the UK instead of low income earners.

Two of England’s largest Tory-run councils have warned the PM they may go bankrupt in the near future, according to The Guardian.

Home Secretary Suella Braverman is on Metro, after she signed a deal with her French counterpart in an attempt to slow migrant crossings.

Cristiano Ronaldo is front page of The Sun for the second straight day, this time hitting out at Gary Neville.

The Financial Times says tensions over Taiwan have overshadowed a meeting between US President Joe Biden and Chinese leader Xi Jinping.

And the Daily Star reports Wetherspoons is struggling to source eggs for breakfasts so is replacing them with sausages. 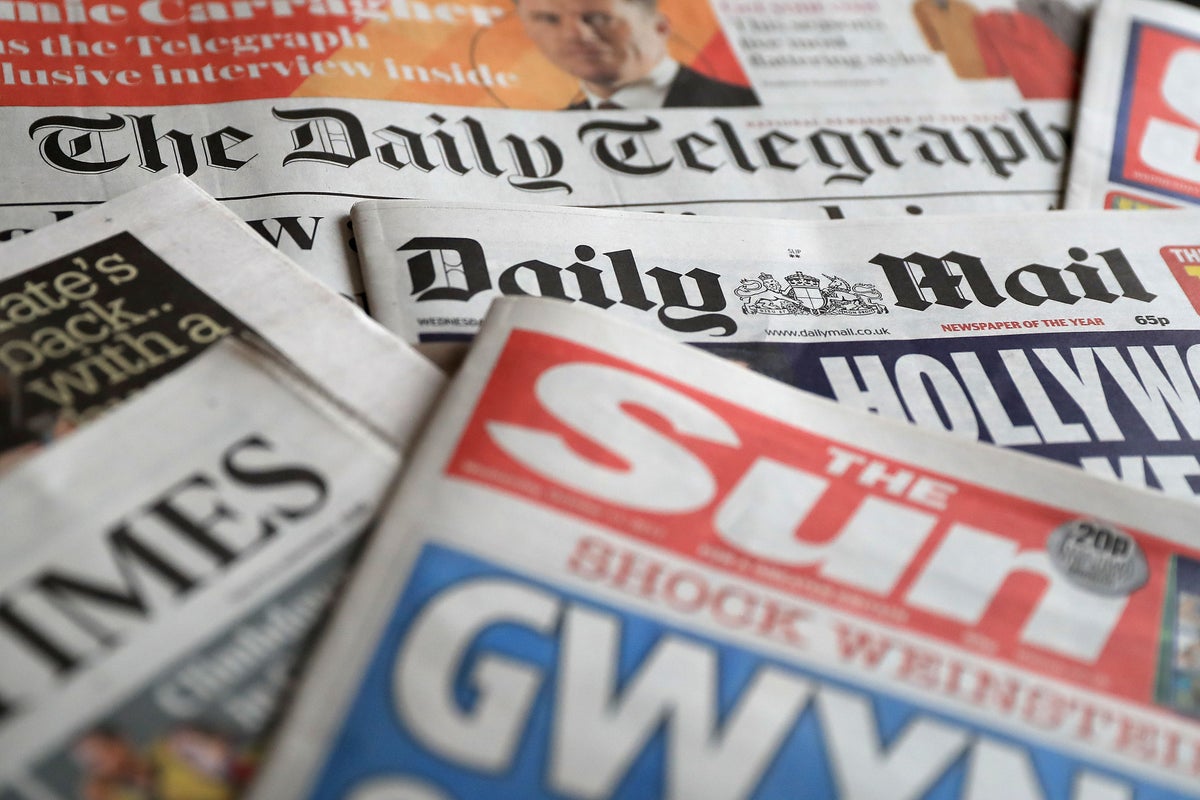