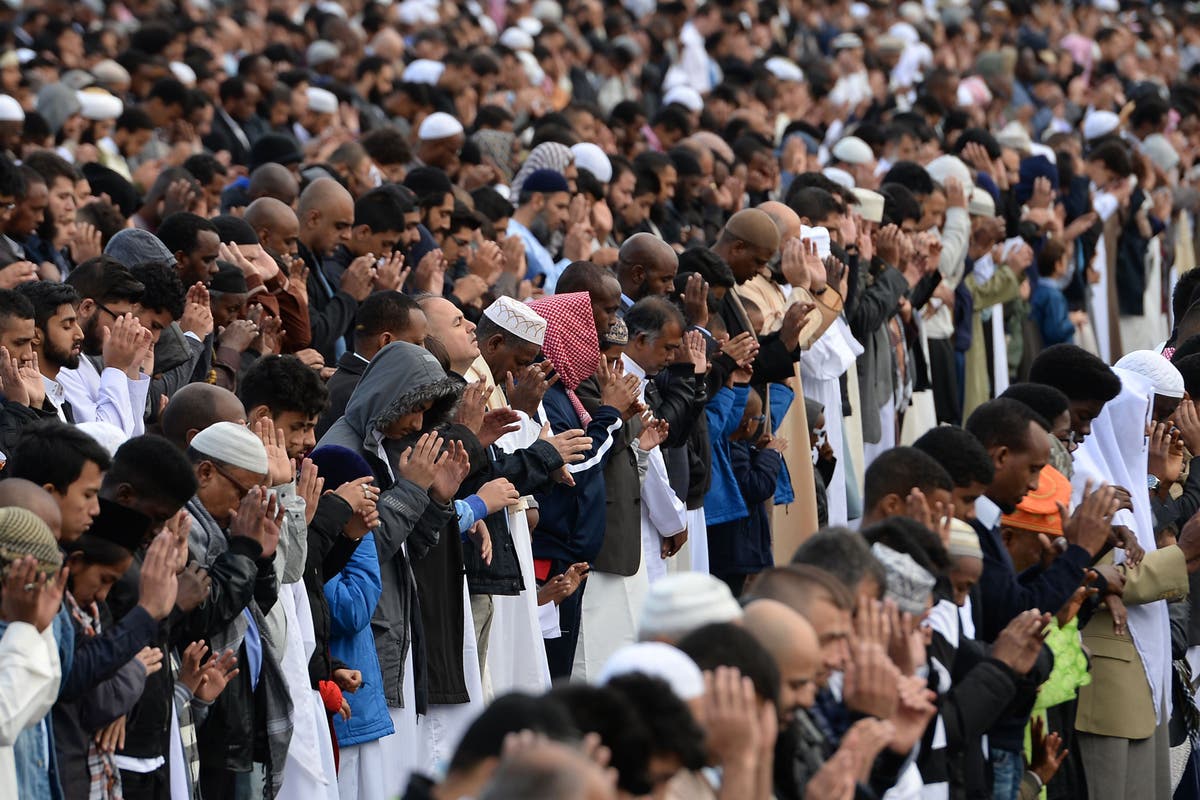 any Muslims consider it offensive to depict the Prophet Mohammed in any circumstances – even if those depictions are not intended to be mocking.

People gathered in protest outside Batley Grammar School, in Batley, near Bradford West Yorkshire this week after a teacher showed students a cartoon of the Prophet, widely reported as taken from the French satirical newspaper Charlie Hebdo.

Commenting on the matter, Communities Secretary Robert Jenrick said children should be taught “contentious issues appropriately”, adding: “It must be right that a teacher can appropriately show images of the Prophet Mohammed.”

However, Dr Alyaa Ebbiary, a researcher in Islamic studies at the SOAS University of London, believes the Muslim community at large would disagree with Mr Jenrick’s comments.

Here, Dr Ebbiary explains why images of the Prophet Mohammed are offensive to Muslims:

– What does the Koran say about the Prophet’s image?The Koran – the Islamic holy book – does not explicitly forbid creating images of the Prophet, although several Islamic legal and theological texts prohibit image-making, particularly of God or holy figures.

One chapter in the Koran that has been widely interpreted as a ban on the creation of religious idols reads in part: “(Abraham) said to his father and his people, ‘What are these statues to which you are devoted?’ They said, ‘We found our fathers worshippers of them.’ He said, ‘You were certainly, you and your fathers, in manifest error.’”

Some Muslims point to teachings in “hadiths” – collected traditions of Mohammed – which discourages creating images of living creatures, both people and animals.

Dr Ebbiary said: “There is a lot in Islamic legal and theological texts prohibiting image-making, in general and in relation to the sacred more specifically.

“This is why you will not see paintings of humans or animals in mosques.

“There is an understanding that creating images of prophets and holy figures risks either idolising them in worship to the point of deification, or the image will always be imperfect, inaccurate or otherwise compromising.”

– How do rules vary in different parts of the world?

In Sunni Muslim cultures, such as in Saudi Arabia, Egypt and Syria, pictorial or film images of the Prophet Mohammed are totally forbidden, Dr Ebbiary said.

She added that in Shia Muslim cultures, in places such as Iraq and Iran, “there is a little more room for manoeuvre”.

“Some Shia iconography will show images representing the Prophet Mohammed with a full veil or cover over his face,” she said.

“In Iran they produce films with actors depicting the Prophets such as Joseph, this would be forbidden in many Sunni Muslim cultures.”

– Is there an appropriate way to show his image and has it been used in the past?

For Sunni Muslims – no, but for Shia Muslims there have been classical paintings of a figure representing the Prophet Mohammed with his face totally obscured by a veil.

Dr Ebbiary said there is a rich artistic culture of describing the Prophet in Arabic calligraphy, or poetry and song, in a variety of languages.

She added: “Throughout Medieval European history, when ‘Christendom’ was at war with Muslims, the Prophet Mohammed would often be depicted in pictures as a devil or otherwise demeaning forms.

“It was a common thing to undermine Islam by insulting the Prophet Mohammed.

“For many Muslims, modern cartoons of the Prophet are considered an extension of this historic insult and could garner a reaction many might call today as ‘triggering’.”