London’s shopping centres and malls are where retail therapy gets serious. Whether you’re shopping for gifts or something a little more selfish, you will find it all.

Belgravia and South Kensington
Shopping is what the South West does best and its lifeblood is the tiny, upmarket boutique. Try, for instance, Rachel Vosper’s chandlery on Kinnerton Street off Belgrave Square, with beautiful, natural and surprisingly well-priced candles and ceramics,conceptual fashion haunt Egg, in a former dairy nearby, or the Queen’s couturier Stewart Parvin on Motcomb Street. In South Ken, make for Beauchamp Place and Walton Street: there’s a good list of shops on South Kensington.
Harrods is a store and a spectacle rolled into one, with 15 million visitors a year.

Knightsbridge & Chelsea
The Masai Mara of department stores; this is where the Big Beasts roam. We’ve already heard about Harrods, but don’t forget Harvey Nichols. Known affectionately as “Harvey Nics” it was rescued from maiden aunt-ishness by Princess Diana’s custom in the 1980s and sells fashion and food at the top of Sloane Street; at the bottom Peter Jones does much the same, in a sexed-up-but-still-sensible way, with some awesome shopping in between.
Harvey Nichols sells fashion and food at the top of Sloane Street.
Stroll down the King’s Road, stopping for coffee and to watch the passeggiata, especially on Saturdays. Duke of York Square has the best concentration of upmarket shops and labels. Keep walking towards World’s End to find some of the older, smaller shops, from the art shop Green & Stone to old friends like the shoe shop R Soles, tragically due to close but holding on by popular demand until June 2015.

Wimbledon, Kew and Richmond
The Richmond upon Thames covers small shops and markets and local food suppliers across the borough, including Kew and Hampton Wick. Wimbledon Village is the place to go for butchers, bakers and classy clothes and homeware shops. Classy, not edgy. 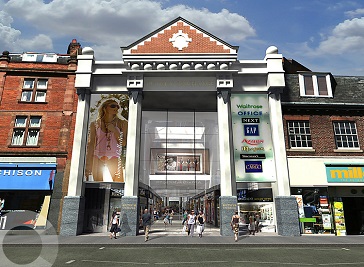 Putney Exchange is an indoor shopping centre in Putney, London, England. The centre was built in 1990, and is owned by BlackRock, who in 2016 gave it a £10 million revamp. 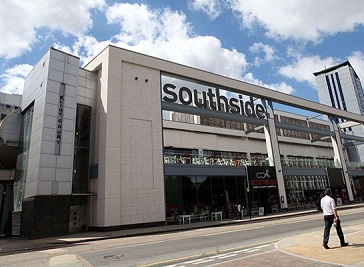 Southside Shopping Centre, Wandsworth, is the go-to place for all your shopping needs. Located at the heart of this South-West London borough, Southside serves as a vibrant centre for the local community. From the biggest names in fashion, along with some of the nation’s favourite cafés and restaurants, to health and fitness at Virgin Active and the brand new easyGym! Southside has it all. 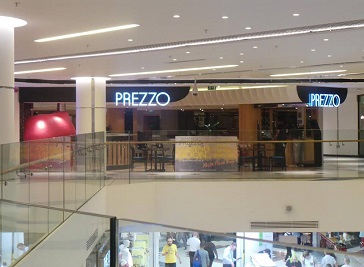 Victoria Place Shopping Centre, Central London is the go to destination for busy shoppers looking for great retail stores or somewhere to relax and enjoy a coffee, breakfast, lunch or even dinner.