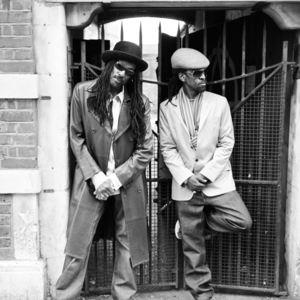 Get Your Reggae on With ASWAD

Aswad is named after the Arabic word for “black,” but this reggae band is actually British. The group has been active and recording for four decades. Combining the roots sounds of the West Indies with British soul, Aswad helped reggae music expand outside of the Jamaican culture during the 1970s.

After fifteen albums and two decades on the music scene, Aswad remains one of Britain’s best-loved reggae bands. The duo of Drummie Zeb (vocals and drums), and Tony Gadd (bass, keyboards, vocals), are renowned among reggae fans for their adventurous fusion of musical styles such as dancehall, funk, hip-hop and dub.

In 1988, Aswad earned international acclaim with their reggae version of “Don’t Turn Around,” which sailed to the No. 1 slot in the U.K. Charts.

In 1994, Aswad captured a host of new fans with the release of the album Rise & Shine, a recording which saw the band’s first Grammy nomination for “Best Reggae Album of the Year.” A major hit in the UK and Japan, the album also gave the band another No.1 hit with the now famous summer reggae anthem ‘Shine.’

The band has toured extensively, playing to packed houses in diverse locales from London’s Royal Albert Hall and Montego Bay’s Reggae Sunsplash, to gigs in West Africa, Israel and Japan.

Now the legendary British Reggae band is back, with a brand new album! Aswad’s album is a rich mix of musical genres, from pop and reggae, to lover’s rock and urban roots.